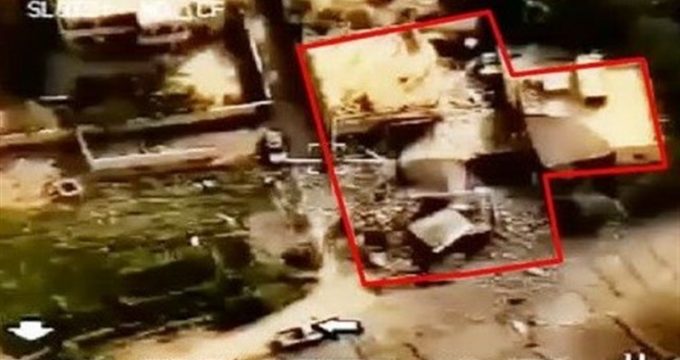 FNA – An Israeli agent was present among the leaders of the Kurdistan Democratic Party – Iran (KDP-I) terrorist group in the Iraqi Kurdistan region when the gathering came under Iran’s missile attack in September, a top Islamic Revolution Guards Corps commander declared on Wednesday.

“It is unimportant if a plane with pinpoint-striking capability flies above a region and targets a terrorist and guerilla group 2km away; we did a greater job and hit their meeting room from regions 300km, 500km and 700km away,” IRGC Aerospace Force Commander Brigadier General Amir Ali Hajizadeh said, addressing a forum in the Northern city of Qazvin on Wednesday.

He explained that the terrorists were at the command center when the IRGC missiles hit and destroyed two rooms of the citadel, where a meeting was underway without damaging other rooms.

General Hajizadeh added that “a representative of the Zionist regime was also present at the meeting room”.

The IRGC in a statement in September confirmed the September 9 missile strikes against the headquarters of the KDP-I terrorist group in the Iraqi Kurdistan region, vowing harsher response if terrorist attacks continued.

The statement said that the missile strikes were launched after the terrorist group launched attacks on bordering areas in Iran, fomented insecurity and conducted sabotage acts in West Azarbaijan, Kurdistan and Kermanshah provinces in Western Iran.

The Iranian missiles targeted the headquarters of the KDP-I and the Democratic Party of the Iranian Kurdistan (PDKI) terrorist groups in Koya.

The statement mentioned that two Peshmerga members of the other party, the PDKI, were also killed.