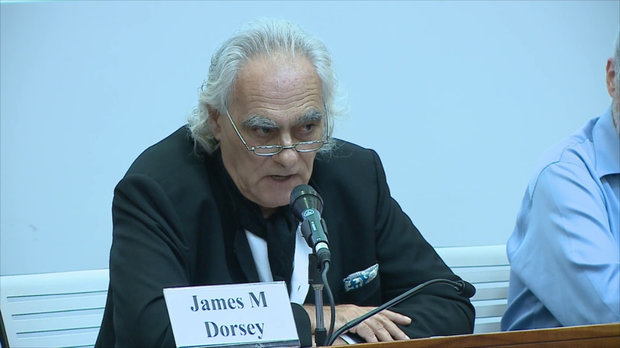 MNA |  Javad Heirannia:  James M. Dorsey, a senior fellow at the S. Rajaratnam School of International Studies at Singapore’s Nanyang Technological University, says the new US sanctions will affect the lives of the Iranian people.

Dorsey also says, “Iran would retain the moral high ground by remaining committed to the JCPOA.”

The US has returned all sanctions against Iran. Do you think that the sanctions will meet the US national interest in the long term?

The proof will be in the pudding. In the short term certainly not. However, longer term much will depend on developments in Iran itself.

US Treasury Secretary Steven Mnuchin has announced that Washington wants the world-wide payment network to cut off its services to the entities that were affected by the Iran sanctions otherwise SWIFT might be sanctioned as well. Can the US do it?

The US could but it would escalate disagreements with Europe to accelerate efforts to transact in currencies other than the US dollar.

If Iran cannot export oil or banned from SWIFT, then what that means for the JCPOA? I mean in that case is it rational for Iran to stay in the JCPOA?

Iran would retain the moral high ground by remaining committed to the JCPOA.

Some argue that these new sanctions will not affect the Iranian people. What do you think?

There is no doubt that they will.

Do you think that the mechanism called the “Special Purpose Vehicle” will fulfill Iran’s trade with other countries?

It won’t be perfect but it could help alleviate some of the impact of the US sanctions.