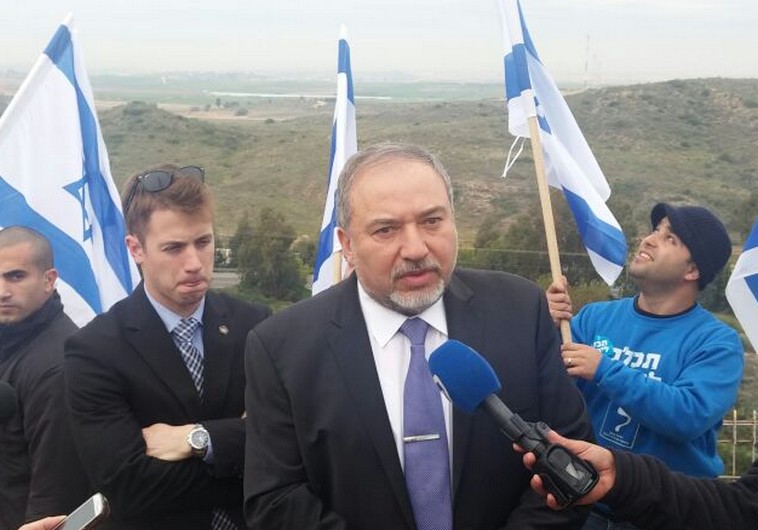 FNA – Israeli Defence Minister Avigdor Lieberman announced on Wednesday that he was resigning from Prime Minister Benjamin Netanyahu’s government in protest against a Gaza truce.

In a televised live address, Liberman called the ceasefire a “surrender to terror” that only achieves “short-term quiet” while damaging Israel’s “long-term security”.

The ex-defense minister strongly opposed the Tel Aviv’s decision to agree to a truce with Hamas, apparently arguing that Israel should take “harsh, decisive” actions against Gaza.

Lieberman stated that he could not reconcile his own views with the policies adopted by the Israeli government in Gaza, compelling him to resign.

Lieberman announced that similar differences revolved around the evacuation of the West Bank Bedouin village of Khan al-Ahmar.

He also called for elections to be held as soon as possible, stressing that all of the members of his party, Yisrael Beiteinu, will quit the coalition. But, a senior source in Likud, the PM’s party, stated that elections are not neccessarily the next step, adding that Netanyahu will initially take on Lieberman’s portfolio.

With Yisrael Beitenu’s departure, the coalition will be down to just 61 seats in parliament. As a result, early elections are expected as soon as March 2019.

Hamas has celebrated Lieberman’s departure as a “victory for Gaza” and a “recognition of defeat against Palestinian resistance”, according to reports.

13 Palestinians have been killed and 28 others injured since the start of fresh round of Israeli military’s aggression on the besieged coastal enclave of Gaza on Sunday.

On Monday night, the resistance movement in the Gaza Strip carried out its most intensive shelling of Israel since the 2014 Gaza war, firing over 400 rockets and mortar bombs into the occupied territories on Monday and Tuesday, including Israeli military positions, in retaliation for Tel Aviv’s Sunday night special operation inside the Strip. Gaza’s retaliatory anti-tank missile, Kornet ATGM, hit a bus carrying Israeli forces, destroying the vehicle and killing one of them and injuring several.

Since late March, tensions have been running high near the Gaza fence – which marked the start of a series of rallies demanding the right to return for the Palestinians driven out of their homeland. More than 230 Palestinians have been killed and some 23,000 others wounded in the fresh wave of violence.

The region has been under Israel’s all-out siege since 2007 and witnessed three wars since 2008. Tel Aviv seven-week-long war in 2014 and two other military operations over the last six years have caused economic losses close to three times the size of Gaza’s gross domestic product. The latest onslaught claimed the lives of over 2,200 Palestinians and left over half a million more displaced, with another 11,000 injured in the assault. It also severely damaged more than 20,000 homes, 148 schools, 15 hospitals, and 45 clinics. At least 247 factories and 300 commercial centers were rendered inoperable or totally destroyed in the attack.