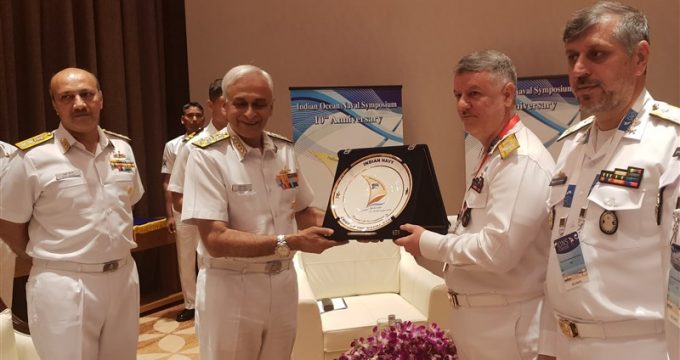 Tasnim – The commander of the Iranian Navy underlined that the Indian Ocean’s security comes within the purview of the regional countries alone, saying presence of foreign forces would not contribute to naval security in the region.

“We do not believe that the presence of elements from outside the region could ensure the appropriate collective maritime security,” Rear Admiral Hossein Khanzadi said in a speech to an event marking the 10th anniversary of establishment of the Indian Ocean Naval Symposium (IONS), held in India on Tuesday.

“An increase in the geopolitical weight of regional powers and their palpable progressive move towards the sea and turning into credible naval powers in the region reveal the onset of a process for replacement of the naval power in the region,” the Iranian Navy chief added.

“Currently, the global trade of commodities through the sea highly depends on the Indian Ocean,” he said, adding that the maritime region is gaining more significance in the world.

Representatives from 32 countries are attending the 3-day special meeting of the IONS.