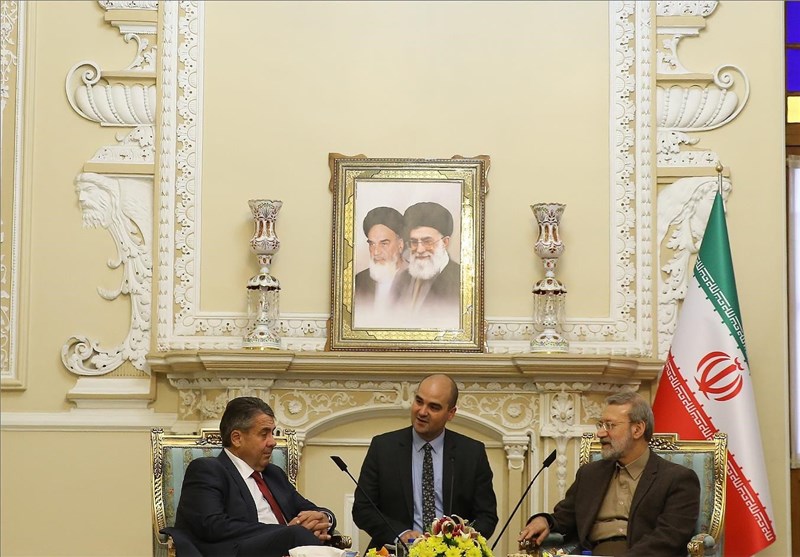 Tasnim – Iranian Parliament Speaker Ali Larijani called for European Union’s effective measures to save the 2015 nuclear deal and said the EU’s independence in the face of US sanctions would also serve the interests of European countries.

Following the nuclear deal known as Joint Comprehensive Plan of Action (JCPOA), economic cooperation between Iran and the EU developed but US President Donald Trump’s behavior has created some problems, Larijani said during a Monday meeting with former German foreign minister Sigmar Gabriel in Tehran.

It should be noted that the US is hostile to Iran, he said, adding that however, there is no reason for the Iranian people to have a similar view about Germany.

“If Europe could play a more independent role, it would beneficial to the European countries,” the Iranian parliament speaker said, referring to EU’s role in facilitating trade with Iran following the new US sanctions.

Gabriel, for his part, emphasized that the EU does not agree with all US policies adding that however, there is some level of uncertainty among some EU countries to counter the US sanctions despite certainty about protecting the JCPOA and meeting obligations towards Iran.

On May 8, the US president pulled his country out of the JCPOA, the nuclear deal that was achieved in Vienna in 2015 after years of negotiations among Iran and the Group 5+1 (Russia, China, the US, Britain, France and Germany).

The second batch of US sanctions against the Islamic Republic took effect on Monday, November 5.