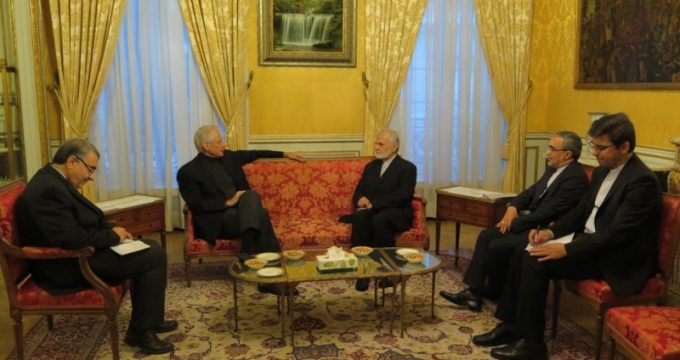 IRNA – Europe lack of commitment to Iran nuclear deal known as the Joint Comprehensive Plan of Action (JCPOA) will result in instability in the region, Chairman of Iran’s Strategic Council for Foreign Relations said.

Kamal Kharrazi made the remarks Monday in a meeting with Former Prime Minister of France Dominique de Villepin held on the sidelines of the upcoming Paris for peace conference.

The JCPOA commitment is a good sign, he said, raising a question whether it is possible to trust Europe for other initiatives.

During the meeting both sides discussed regional issues, relations between Iran and Europe, the US policies and conditions in Europe.

He urged Europe to comply with its commitments under the JCPOA.

Meanwhile, Villepin underlined the fact that a good opportunity happened for ending war in Yemen.

He called for stopping massacre and famine caused by Saudi Arabia and the UAE in Yemen.

Commenting on US policies, he said they are seeking unilateralism and removing those organizations that have been established after the Second World War.

Creating a rift between East and West is one of their aims, Villepin added.

World is now in a complicated situation, he said, adding that new unions are about to be established.