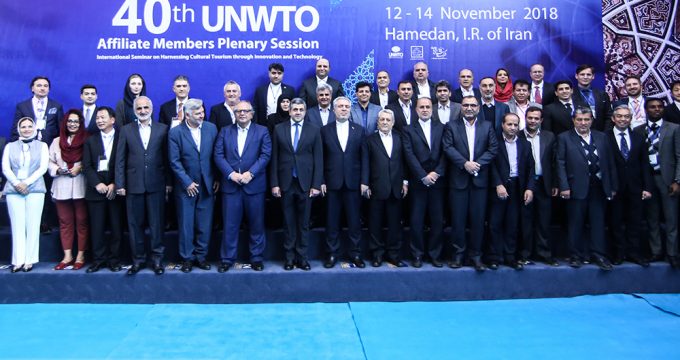 IRNA – Iran’s capital city of history and civilization, Hamedan, holds the UNWTO Affiliate Members Plenary Session on Monday to be the country’s tourism flagship in the world.

The Secretary-General of UNWTO Zurab Pololikashvili will hold a press conference after the meeting.

More than 80 members of the United Nations World Tourism Organization (UNWTO), the organizer, from 30 countries attend the 40th edition of the conference.

Devising information exchange solutions and developing services and inter-continental collaborations are among the topics to be discussed.

Member of the directing board of the conference Hamid-Reza Yari told IRNA that four technical panels with the attendance of Deputy of Iran’s Cultural Heritage, Handicrafts, and Tourism Organization as well as nine renowned international tourism university professors and experts, and hundreds of tourism activists will take place during the three-day conference.

This is the first time that an Iranian city hosts such a conference.

Selecting Hamedan as the 2018 Asian Tourism Capital is a great opportunity for this city to take advantage of its potentials in tourism, the world’s third lucrative industry.

During the last year’s UNWTO Executive Council meeting, Hamedan’s municipality was the first municipality in the world to become UNWTO member.

The UNWTO Affiliate Members Plenary Session is underway on November 12-14.