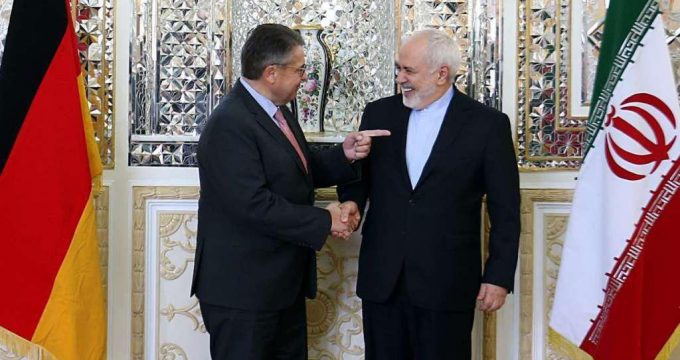 Tasnim – The foreign minister of Iran and his former German counterpart discussed a range of issues in Tehran, including a special purpose vehicle (SPV) that the European Union has developed to save the 2015 Iran nuclear deal and maintain trade with Iran.

They also talked about the Joint Comprehensive Plan of Action (JCPOA) as well as efforts to accelerate the implementation of the SPV, which is aimed at helping Iran benefit from the advantages of the JCPOA.

Gabriel is in Iran with a German economic delegation comprising directors of several major German companies.

EU countries led by France, Germany and Britain -signatories to the 2015 Iran nuclear deal- want to enable non-US trade with Iran to continue in defiance of Washington.

The EU has devised the SPV, a financial mechanism, to continue trade with Iran and neutralize the US sanctions against Tehran.

On May 8, US President Donald Trump pulled his country out of the JCPOA, which was achieved in Vienna in 2015 after years of negotiations among Iran and the Group 5+1 (Russia, China, the US, Britain, France and Germany).