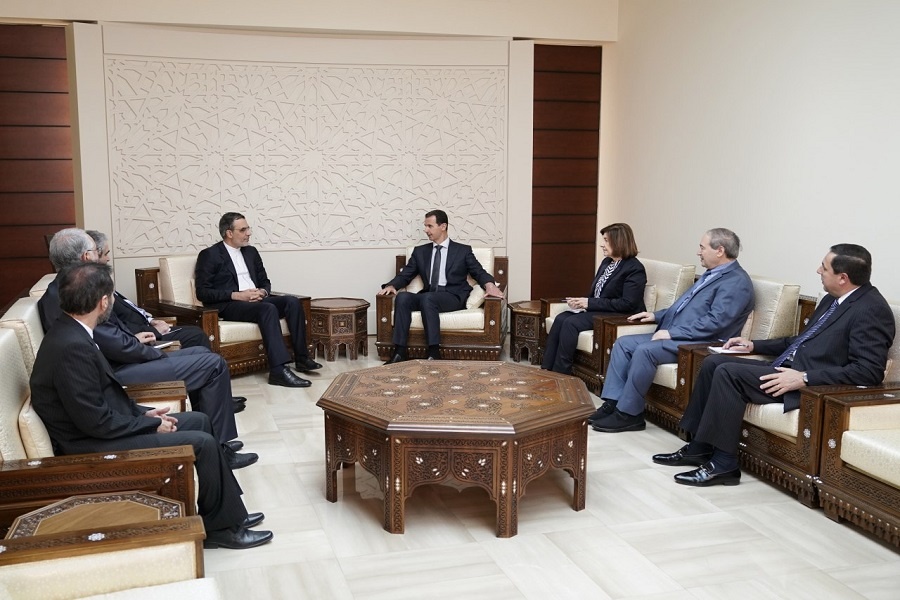 IRNA – Hossein Jaberi Ansari, a senior assistant to Iran’s foreign minister on political affairs, in a meeting with President Bashar Assad in Damascus on Monday discussed the latest developments in Syria.

The two sides underlined the significance of relations between Iran and Syria as a main factor contributing to regional stability in the face of the policies being followed by the US and its regional agents.

President Assad and Jaberi Ansari also exchanged views on fighting terrorism and the efforts made to push forward the political process in Syria, particularly the formation of a committee to examine the current constitutional law of the country.

The two sides stressed that the US administration and other state sponsors of terrorism are hindering both the fight against terrorism and the political process in the country so as to gain what they failed to achieve during years of war.