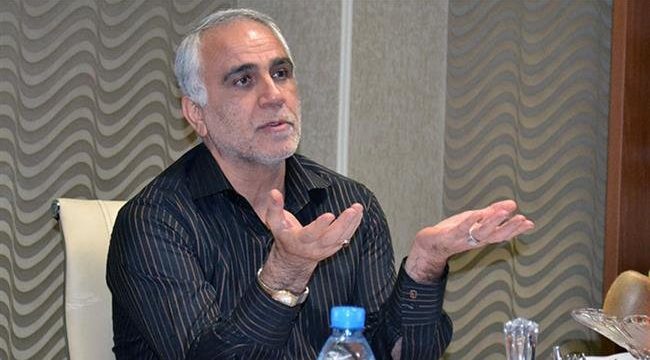 Parviz Kazemi, former minister of welfare and social security in the first cabinet of Ahmadinejad, was detained two days ago and transferred to Tehran’s Evin House of Detention on charge of causing disruption in the country’s economic system, an informed judicial official told IRNA on Sunday.

Kazemi has also served as the chairman of Bank Sarmayeh’s board of directors and a member of the board of trustees of Teachers’ Investment Fund.

He was proposed by Ahmadinejad to the Parliament in August 2005, but resigned after one year.

Iran has launched an unrelenting campaign against economic corruption and any act aimed at disrupting the country’s economic system as the country is facing re-imposition of sanctions on its various economic sectors by the US administration.

Mohseni-Ejei said that the death sentences were given by special tribunals set up in Tehran, which have so far handed down various sentences to 35 economic offenders.

He added that out of 35 convicts, three were sentenced to death for “spreading corruption on earth,” noting that the sentences would have to be upheld by Iran’s Supreme Court before being carried out.

Mohseni-Ejei said 32 other defendants were given various jail terms up to 20 years for economic corruption.

Leader of the Islamic Revolution Ayatollah Seyyed Ali Khamenei said in September that enemies of Iran have unleashed an all-out economic and media war against the country with the aim of creating “despair” and “pessimism” among people.

“Today, the Islamic establishment is faced with an all-out economic war, which is being led from a war room with full precision and hard work,” said the Leader.