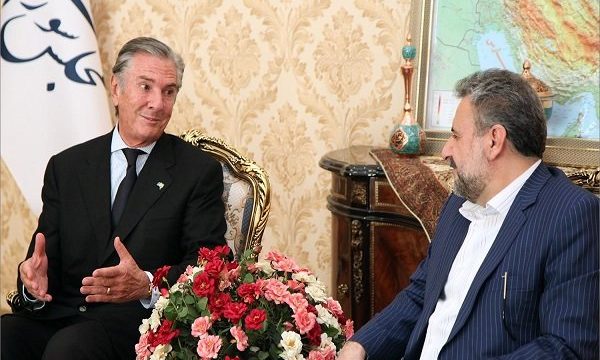 He made the remarks in Tehran in a meeting with Chairman of National Security and Foreign Policy Commission of Iranian Parliament Heshmatollah Falahatpisheh.

Touching upon US unilateralism and its sanctions on Iran, the senator highlighted that such measures certainly cause problems for economic ties in the world.

For his part, Falahatpisheh pointed to US unilateralism, highlighting, “after Hitler, no political figure like Trump has violated international pacts and spread insecurity across the globe to this extent.”

The common duty of all diplomats in the world is to prevent extremism, he said, adding that the roots of extremist terrorism in the region can be traced to US’ allies.

Elsewhere, the two sides conferred on latest developments of bilateral ties and stressed the need for increased economic cooperation.