A Look at Iranian Newspaper Front Pages on November 11

Iran Front Page – IFP has taken a look at the front pages of Iranian newspapers on Sunday, November 11, 2018, and picked headlines from 15 of them. IFP has simply translated the headlines and does not vouch for their accuracy.

The top story in all papers today was the ineffectiveness of US sanctions against Iran and the waivers granted to some countries to maintain their oil imports from Iran. The dailies reflected President Hassan Rouhani’s stance on the impact of sanctions, who said Iran’s oil exports cannot be cut to zero. Rouhani’s remarks after a joint meeting with Parliament Speaker and Judiciary Chief regarding the Oil sales were focused by most dailies.

Also a top story was the issue of Iran adopting the Combating the Financing of Terrorism (CFT) convention, which is part of the four bills proposed to take Iran out of the blacklist of global anti-money laundering body, Financial Action Task Force (FATF), and the opposition of some parties inside the country to the matter. The Guardian Council’s questions regarding CFT and the answers of Iranian lawmakers were covered by Iranian newspapers today.

The second leg of the final match of AFC Champions League between Iran’s Persepolis and Japan’s Kashima Antlers was the other topic highlighted by newspapers. Presence of women at Azadi stadium was hailed as the great victory for Iranians even though Persepolis could not win the trophy after a 0-0 draw against the Japanese team. 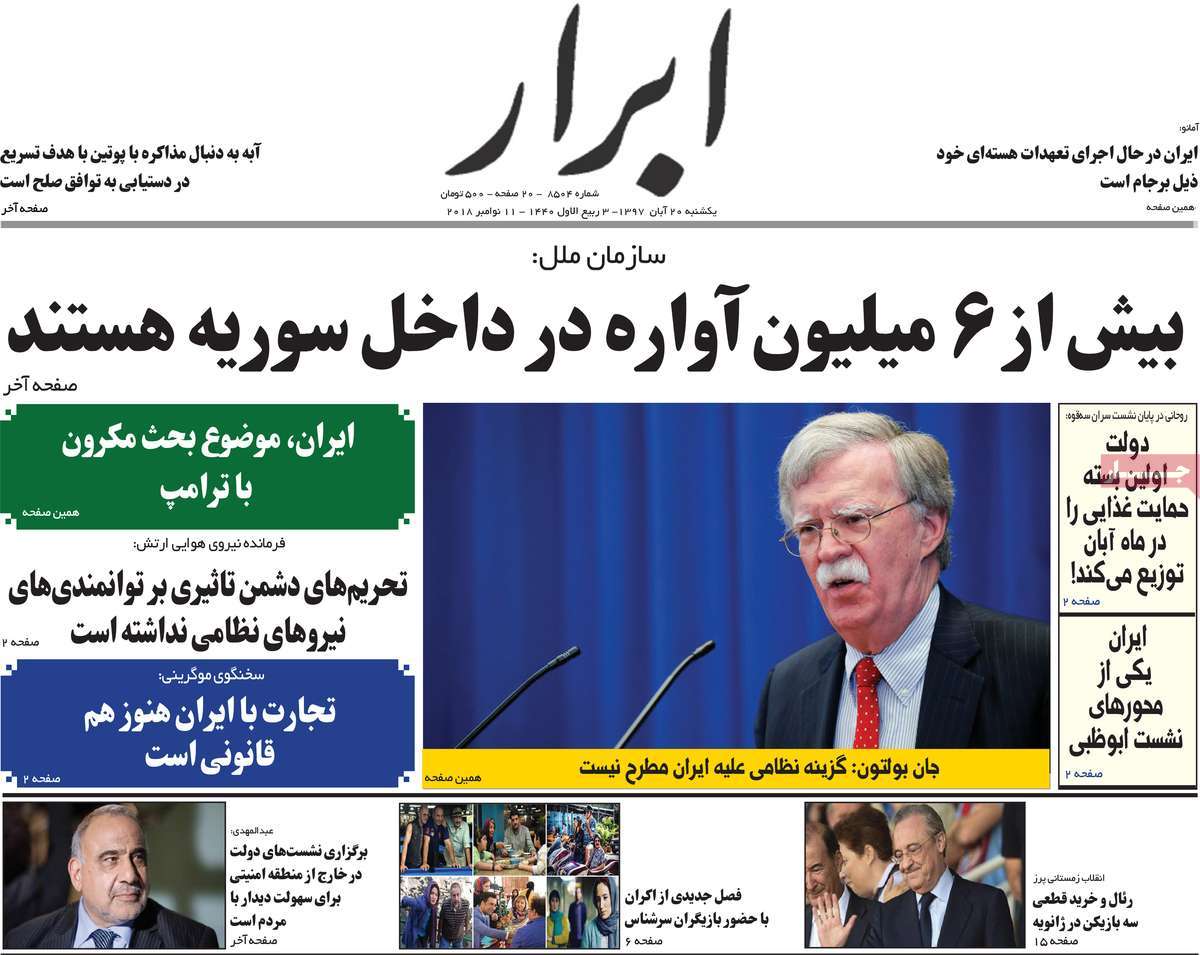 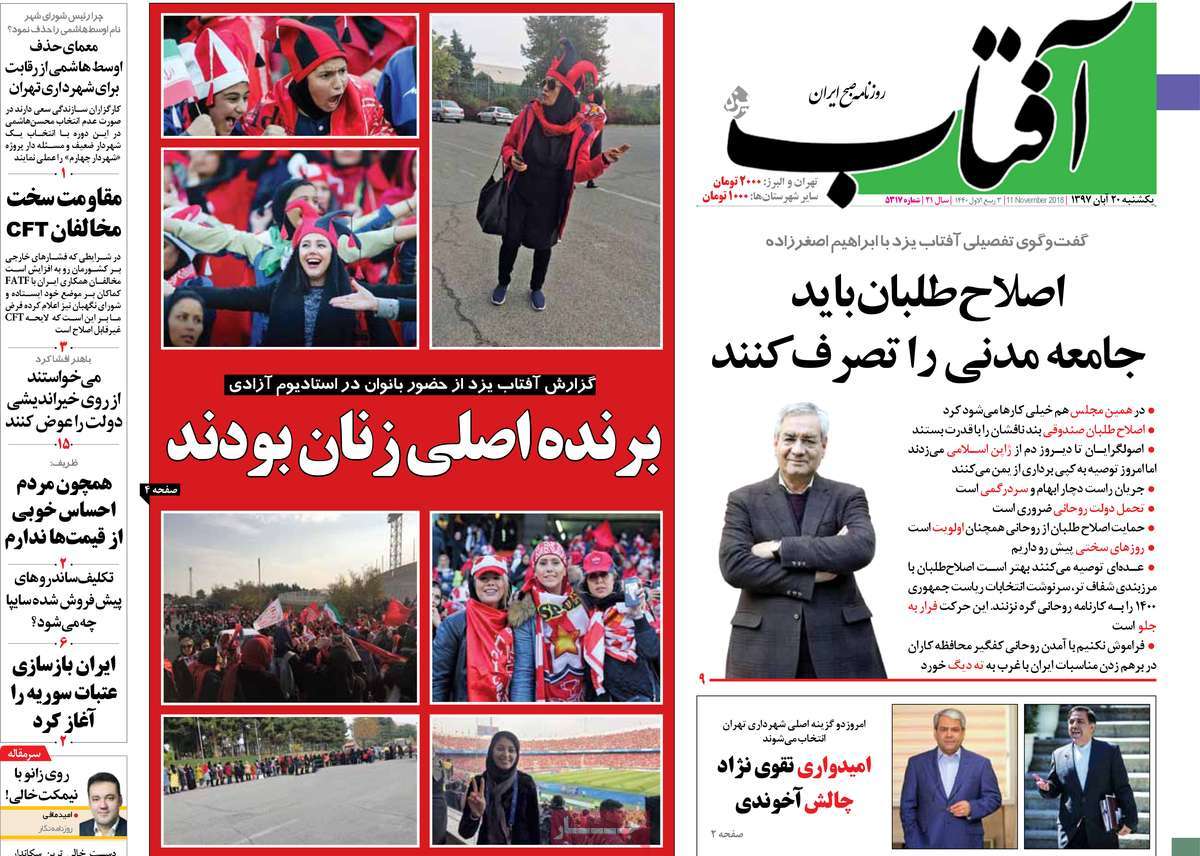 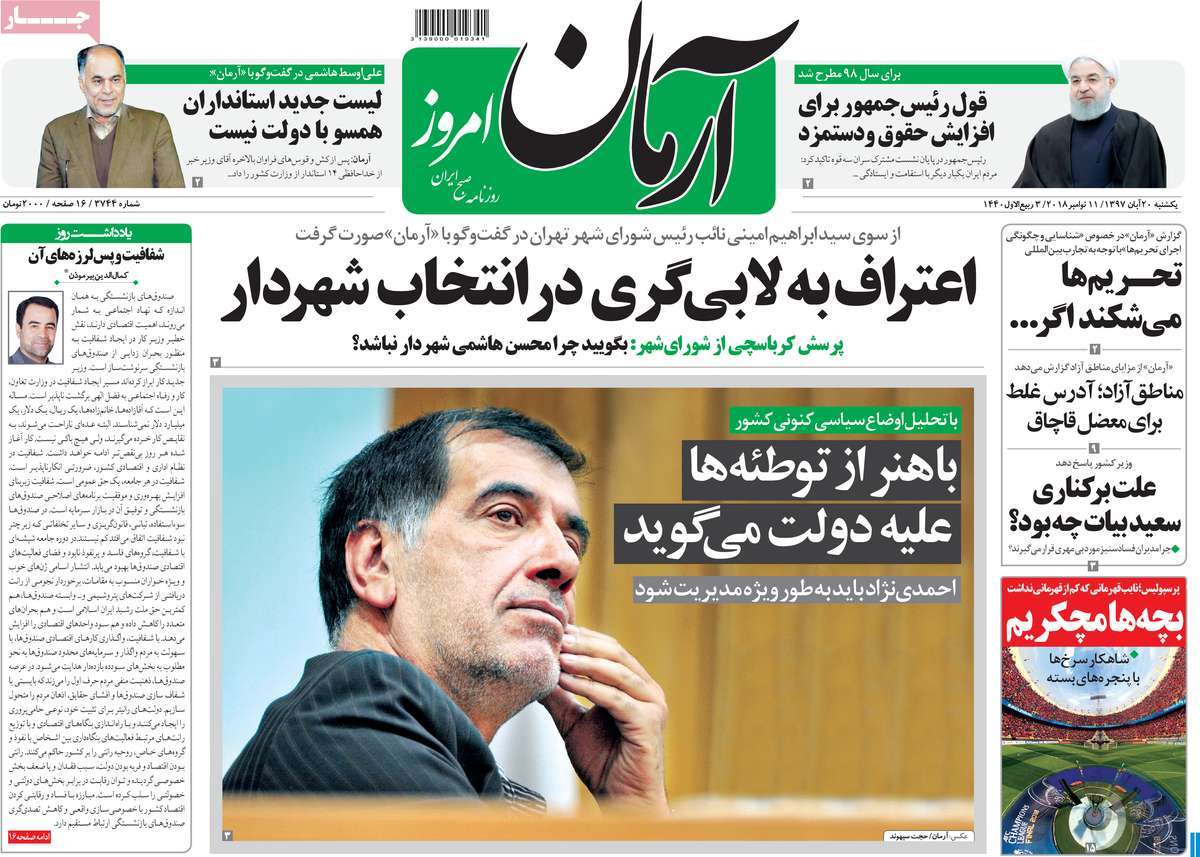 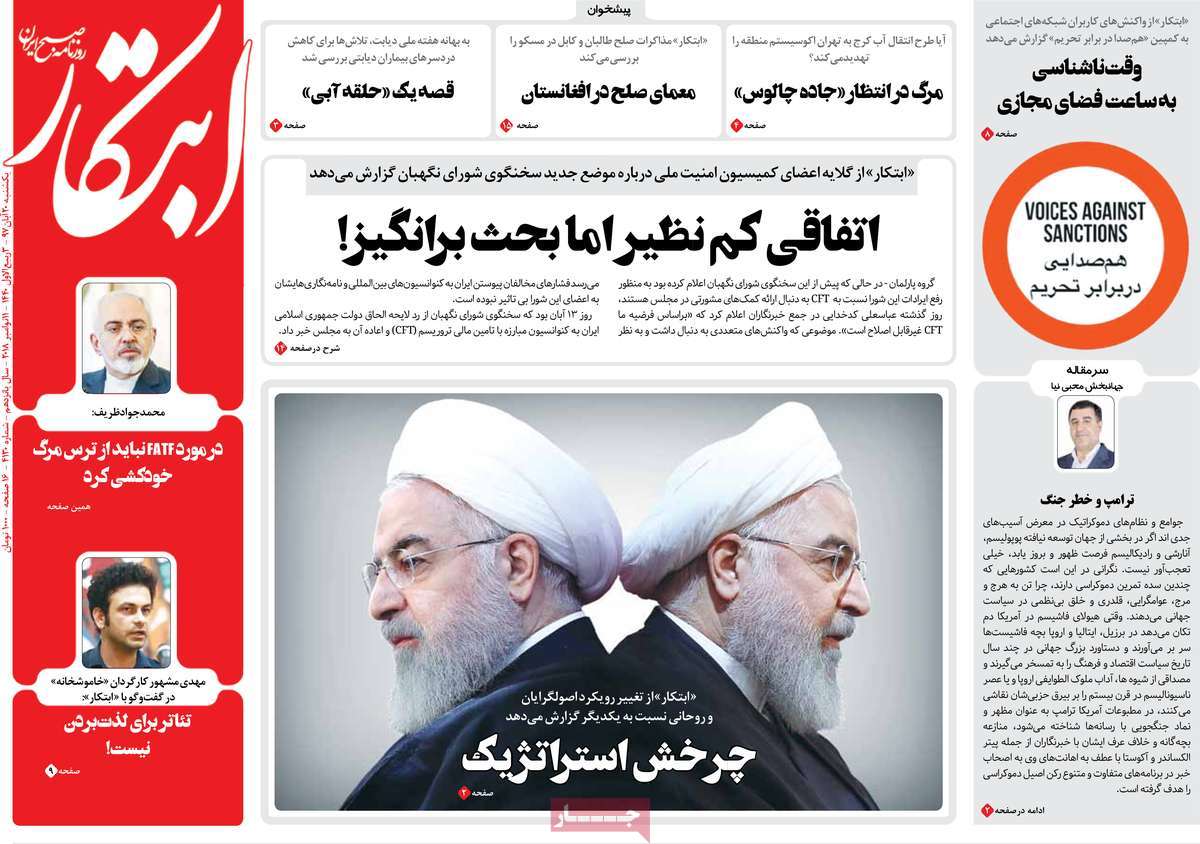 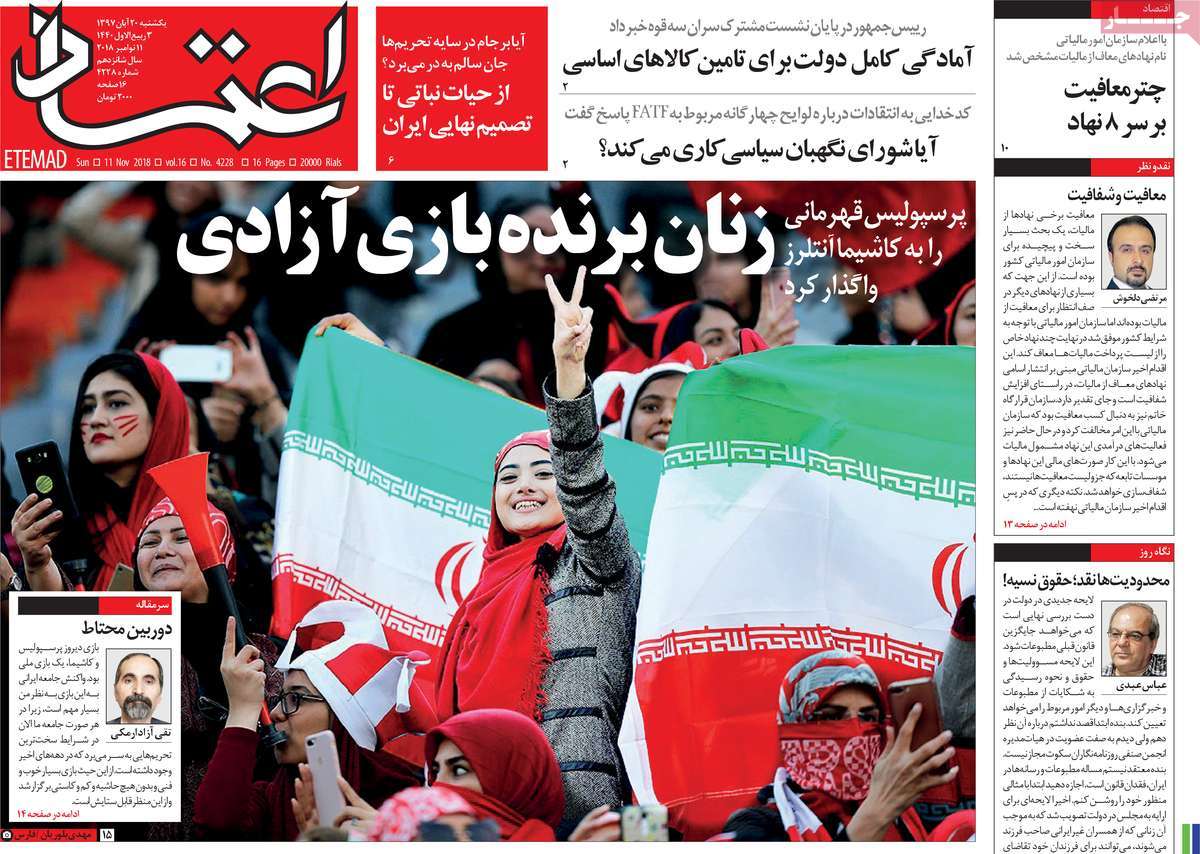 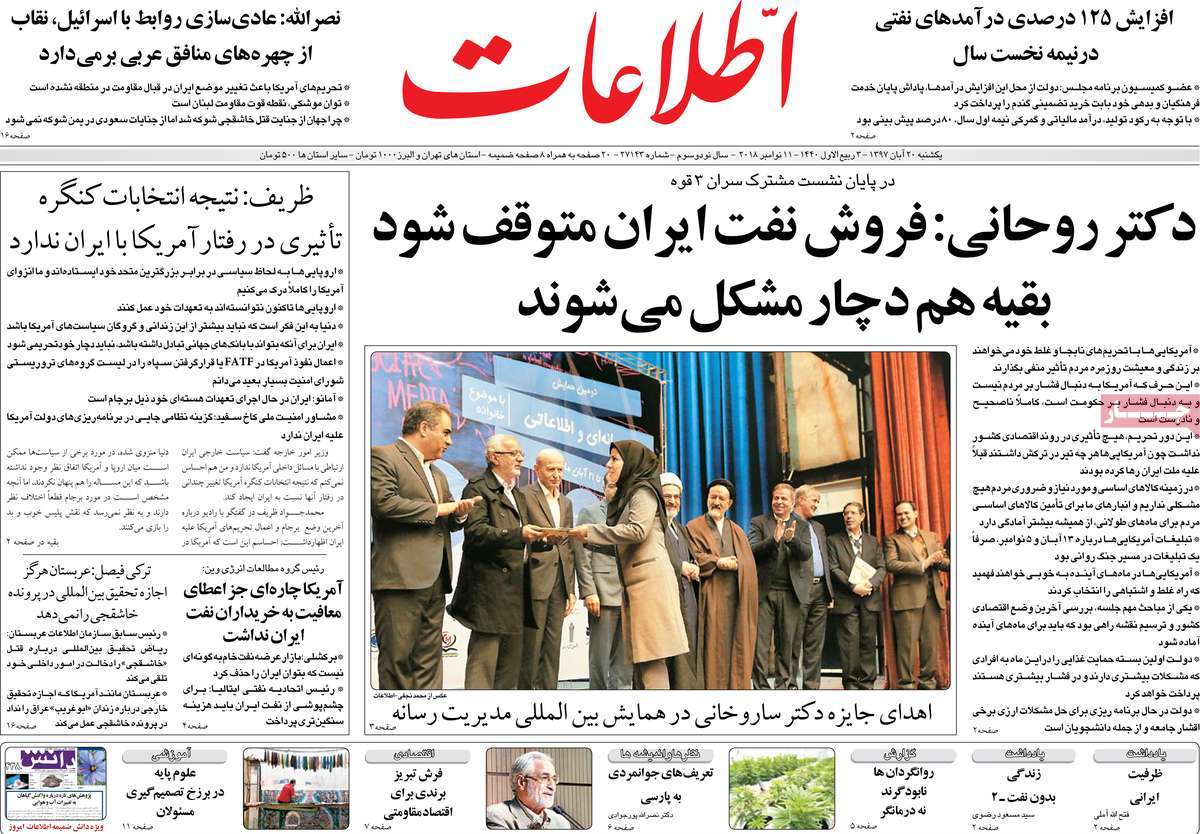 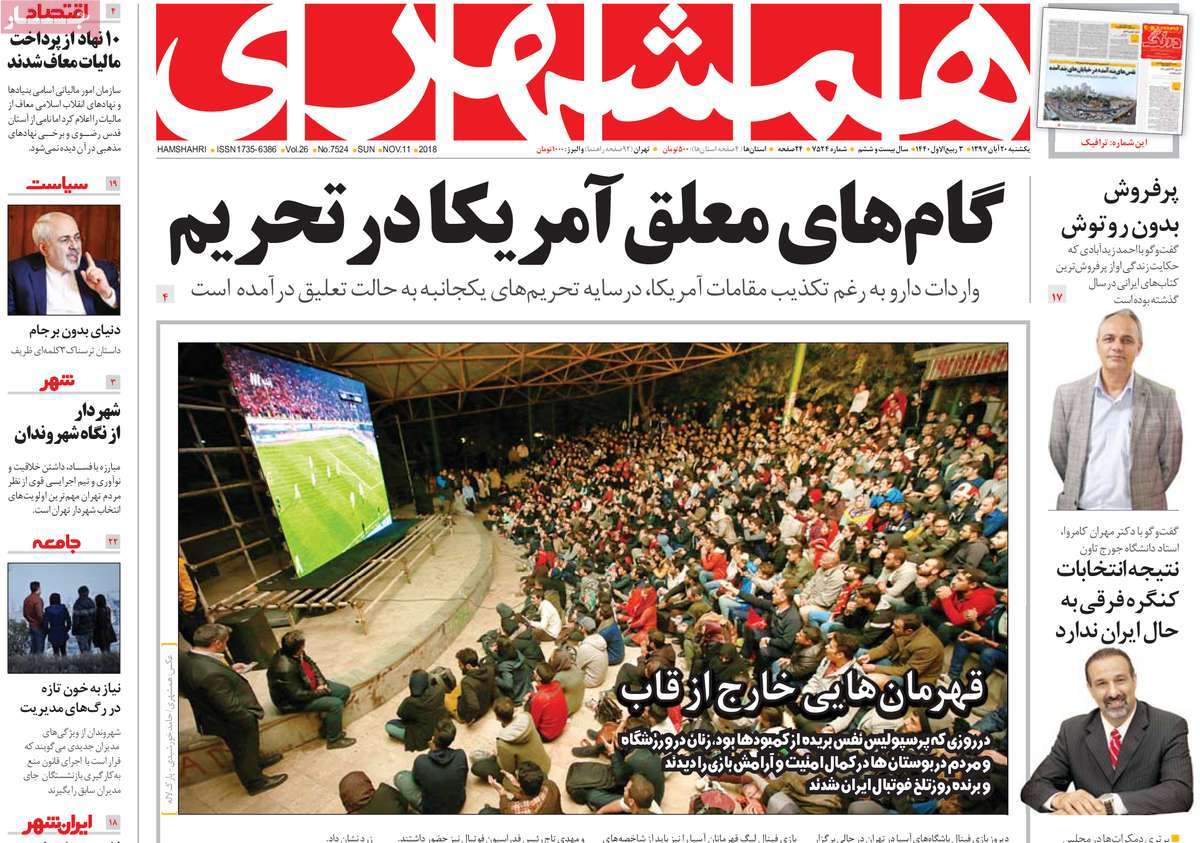 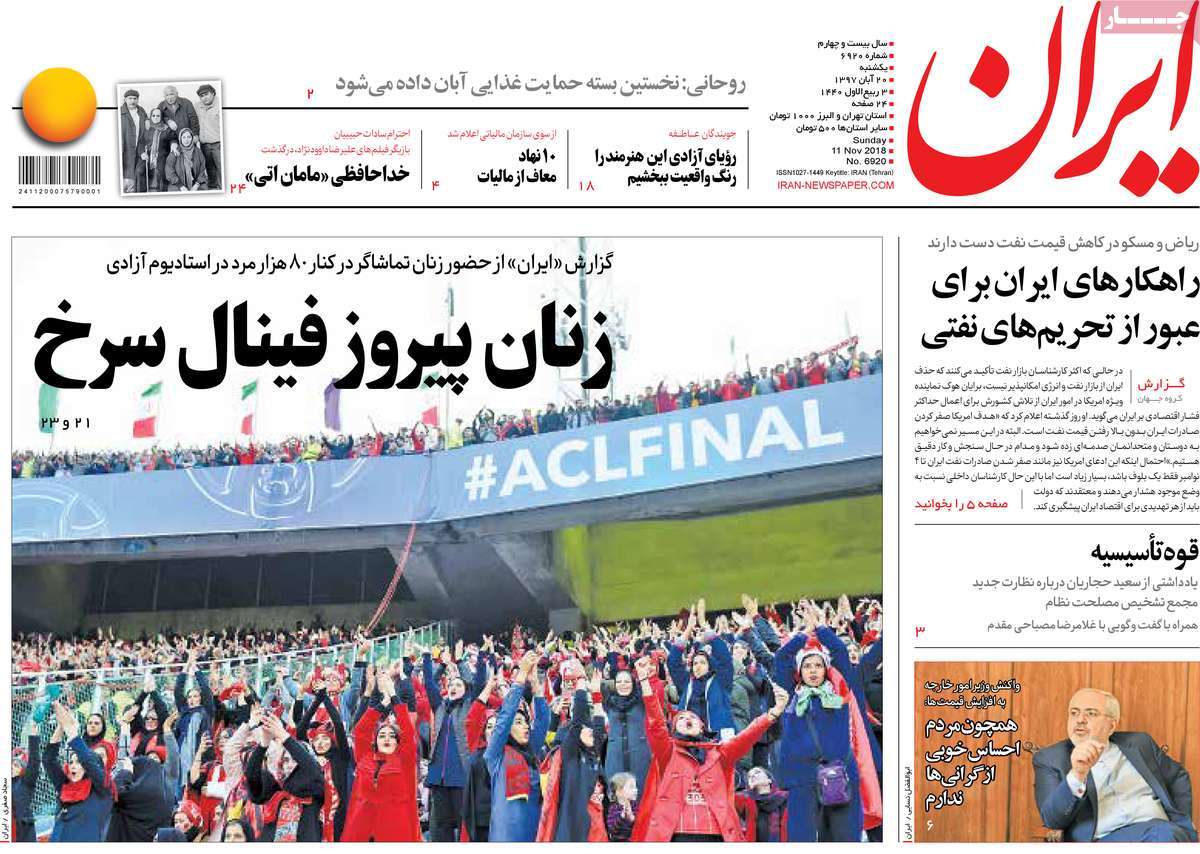 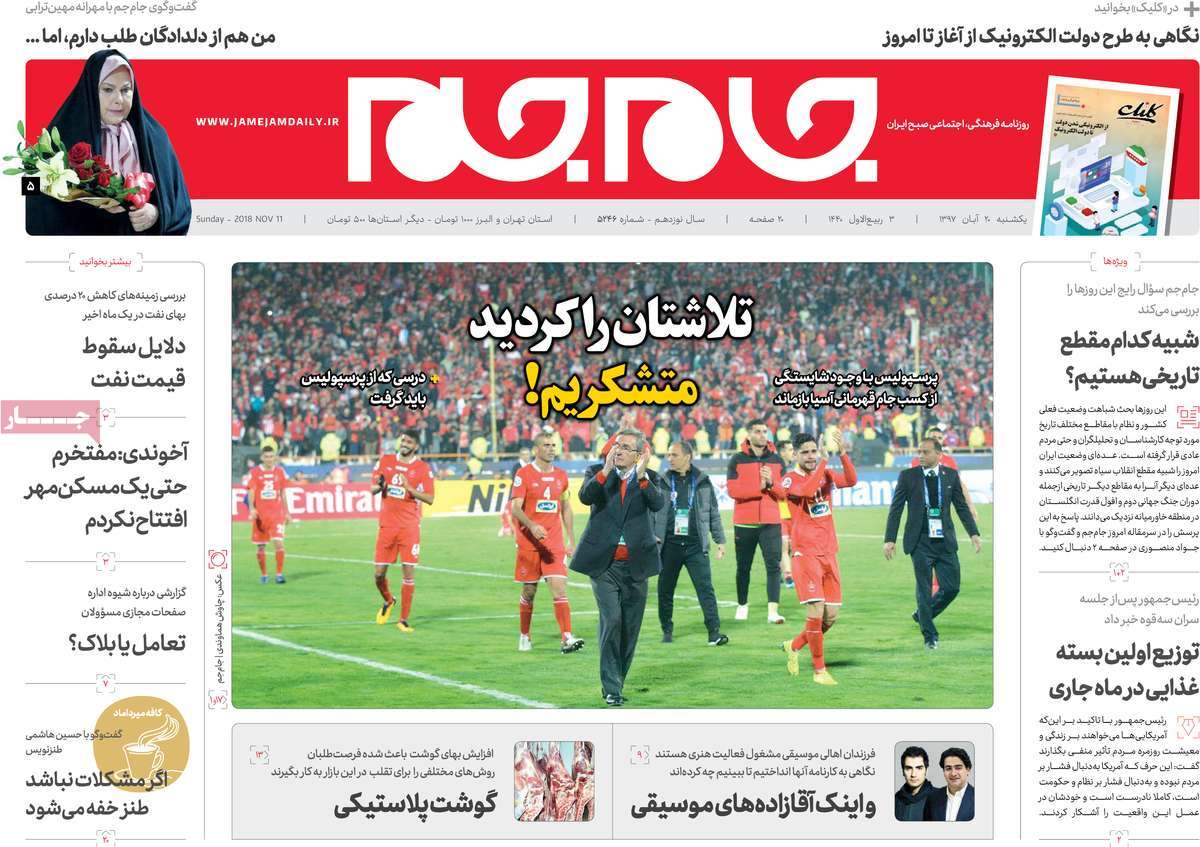 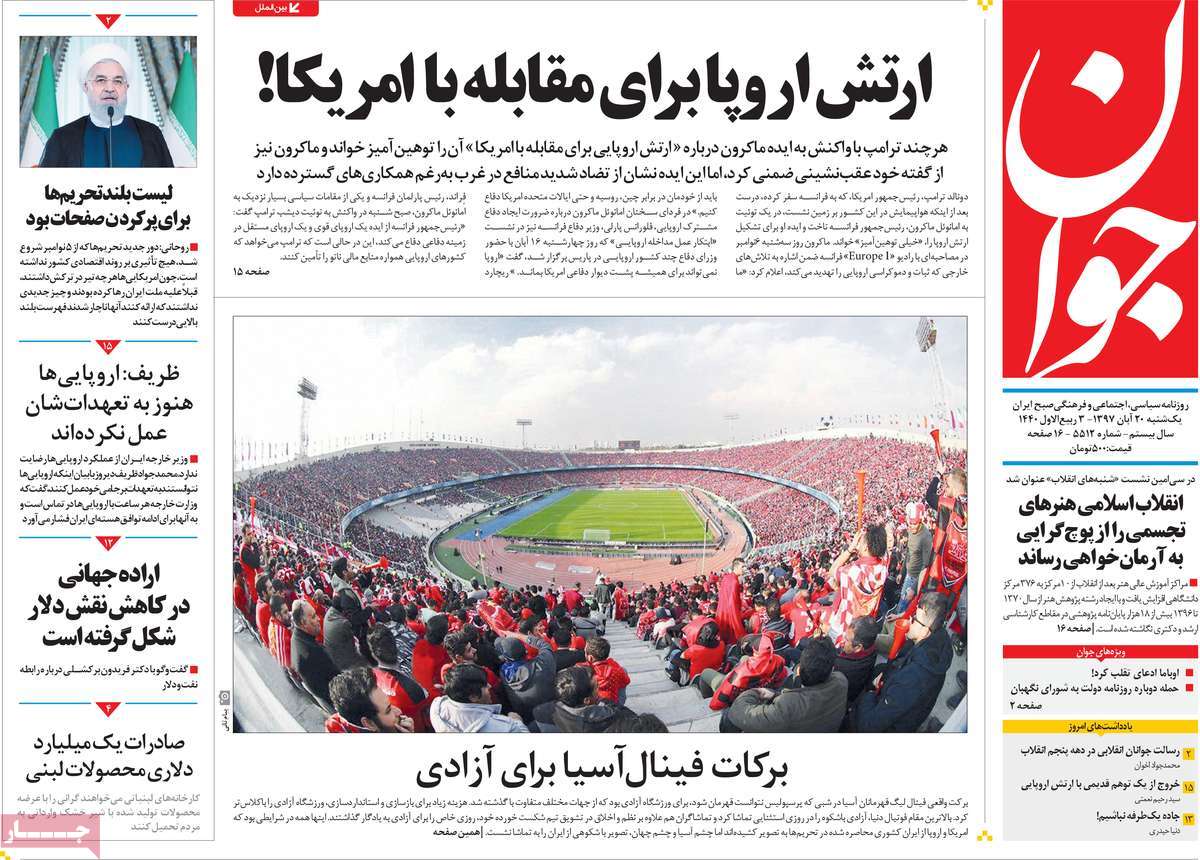 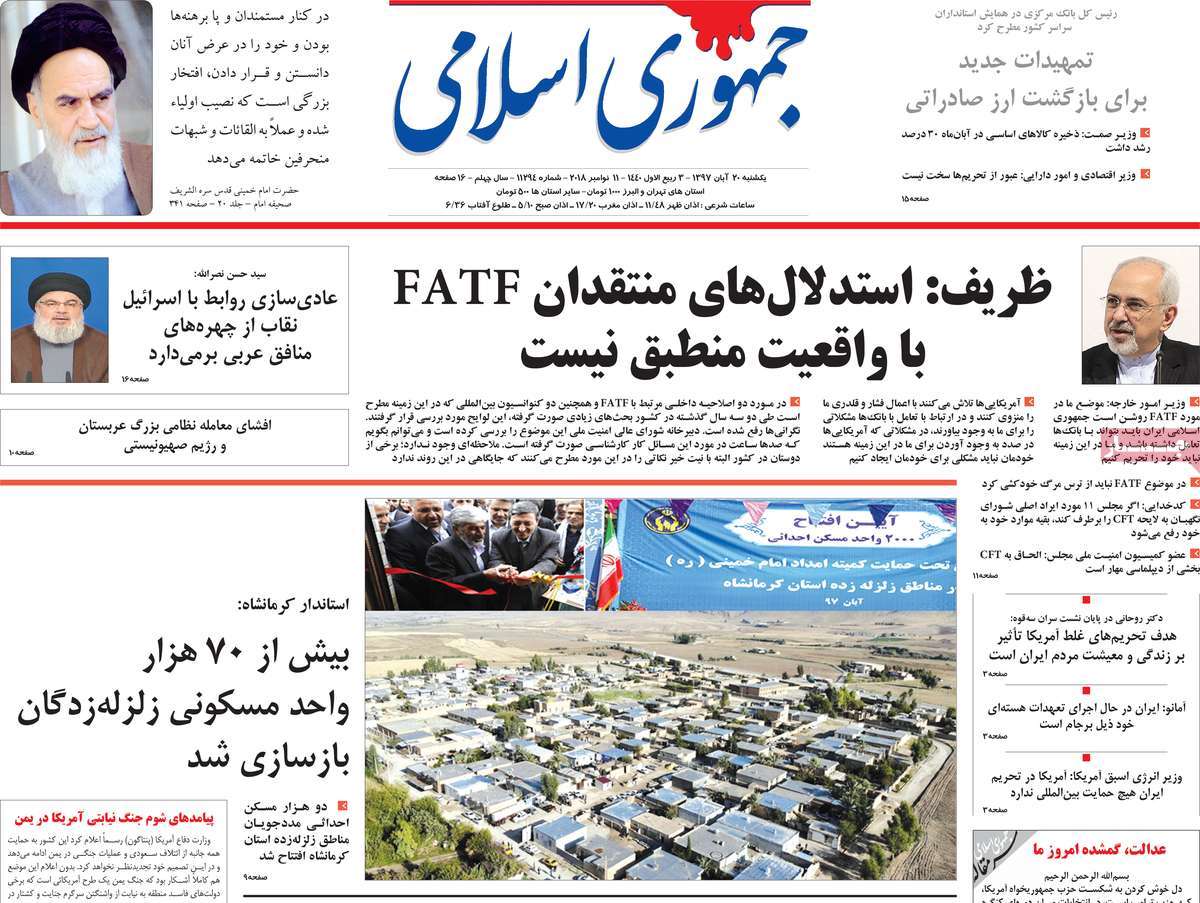 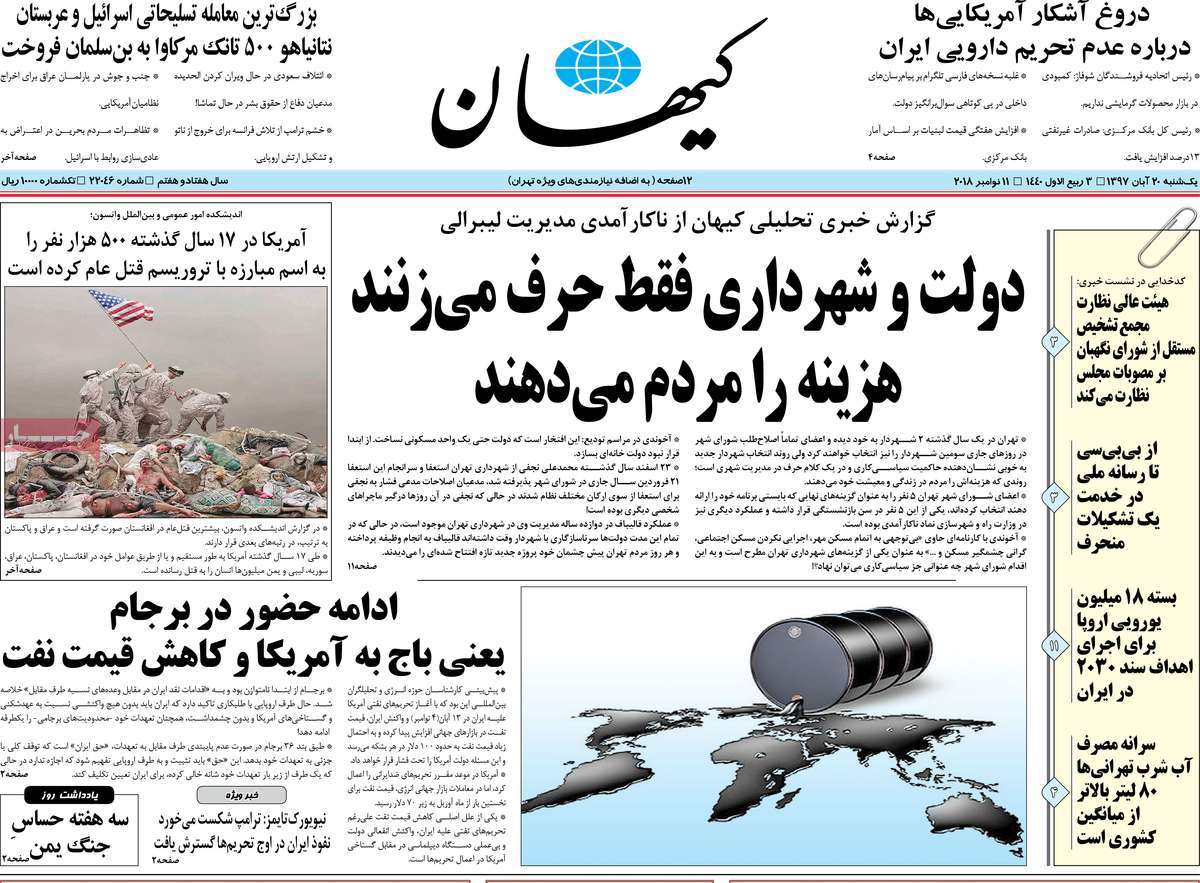 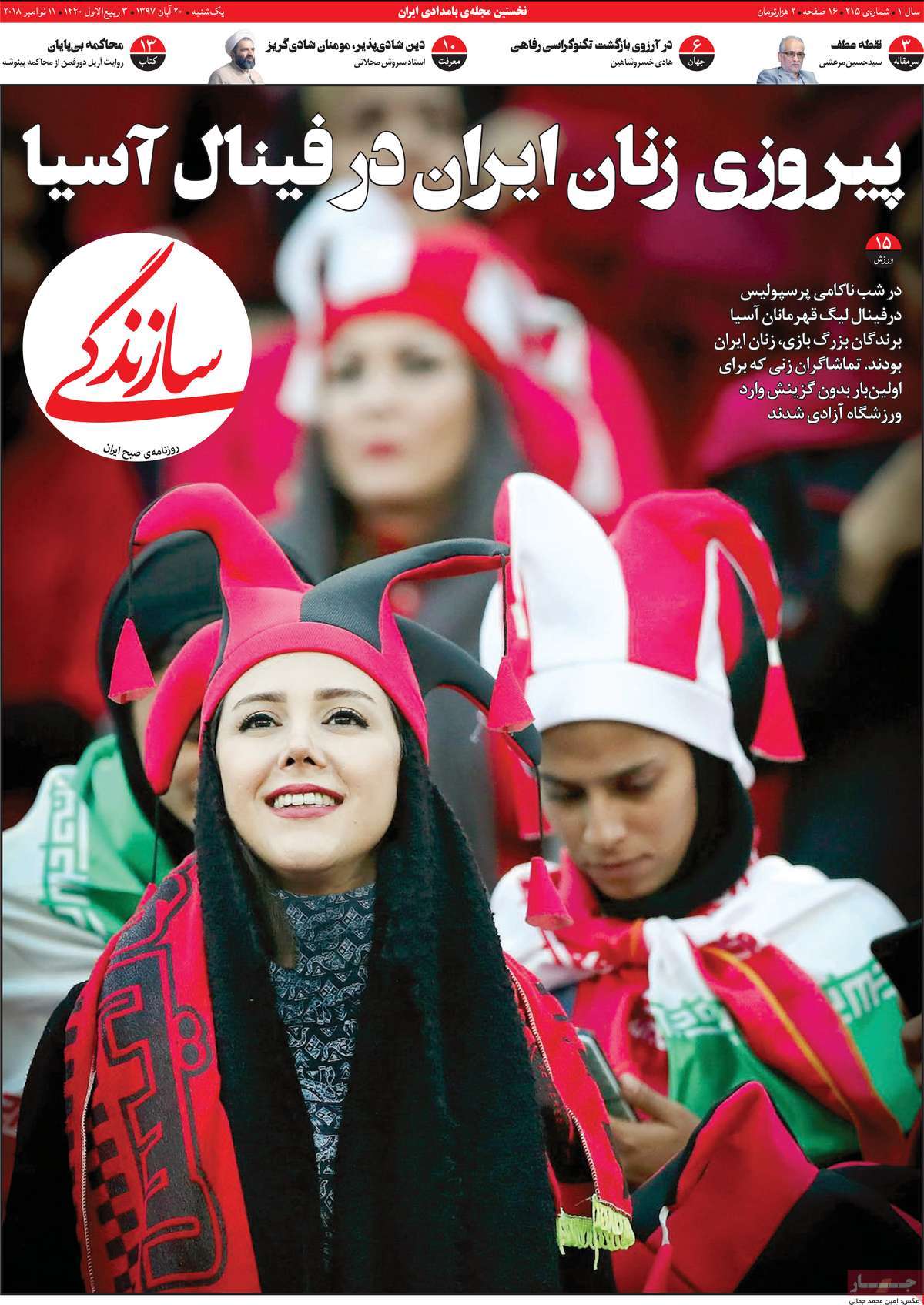 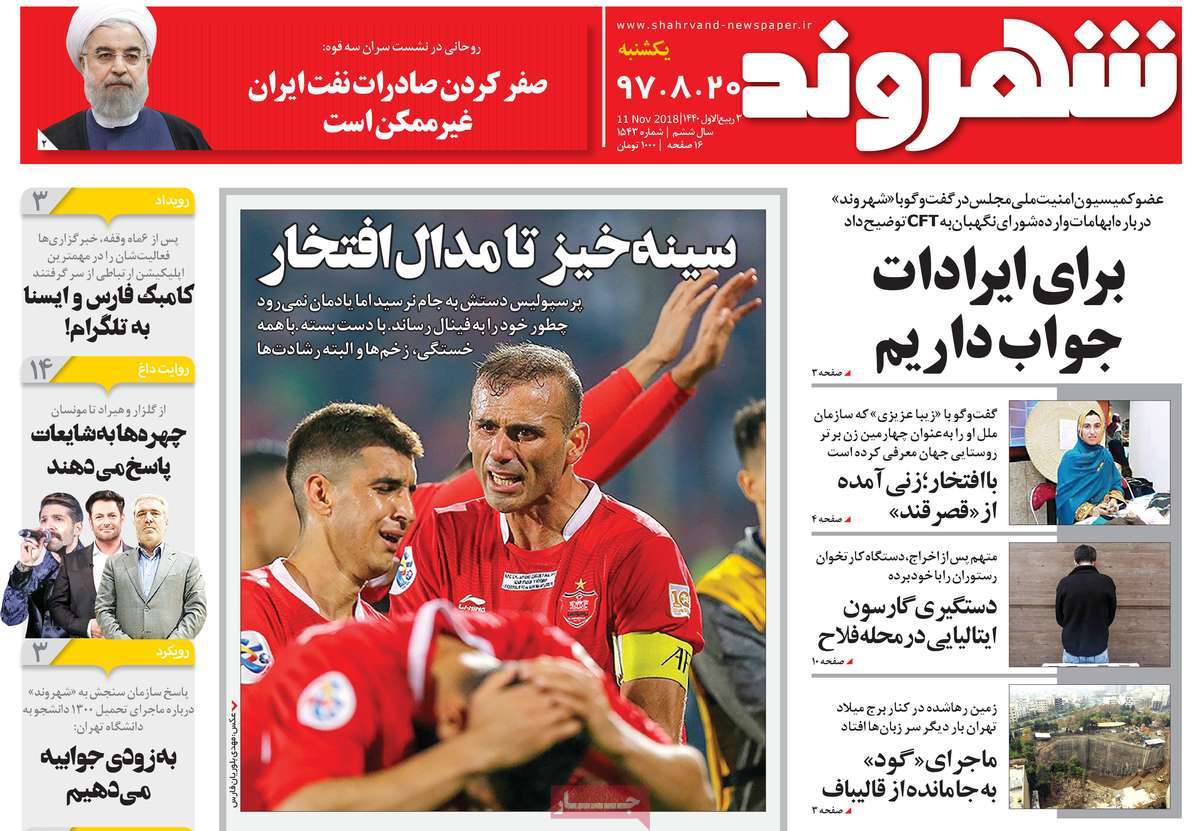 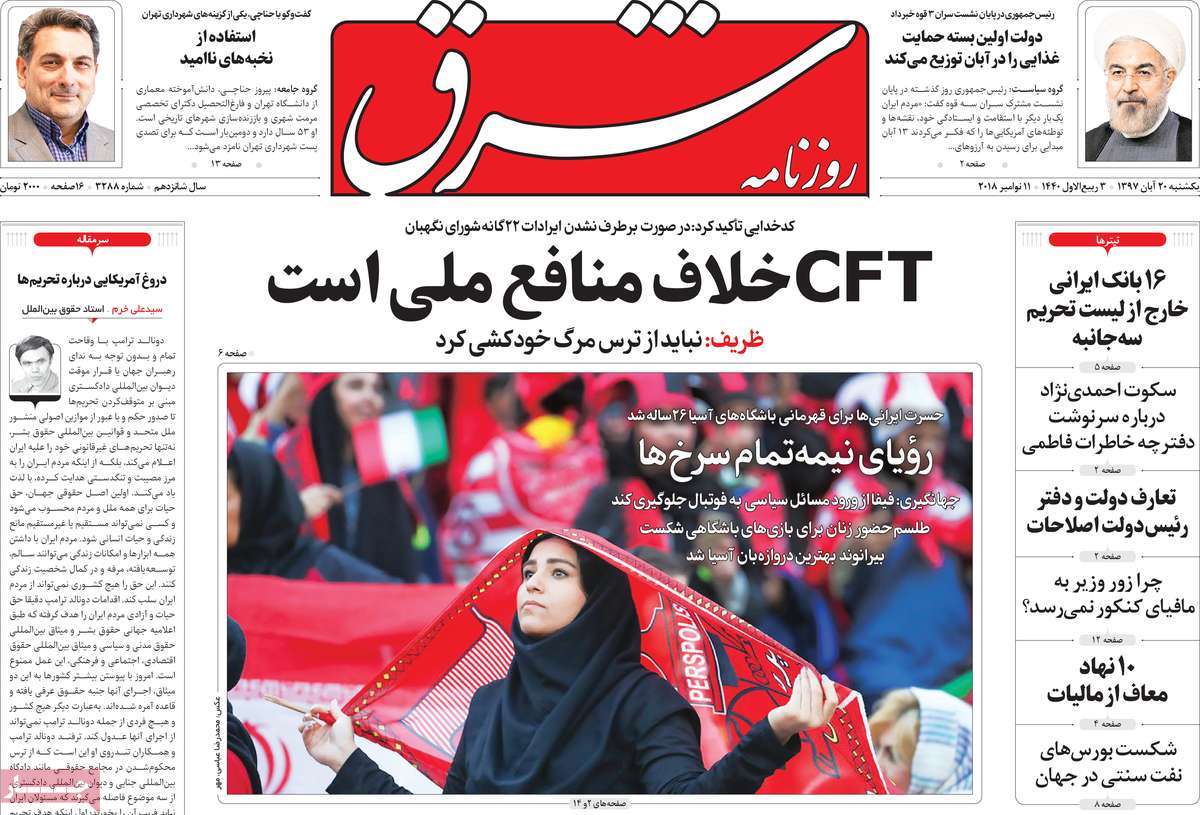