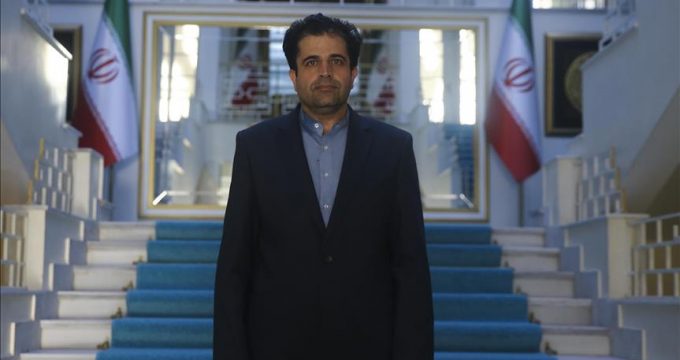 Turkey can benefit US sanctions on Iran: Diplomat

Anadolu Agency – ‘This is the best opportunity for Turkish companies to increase their presence in Iran,’ says Iranian diplomat

“This is the best opportunity for Turkish companies to increase their presence in Iran. They can use this benefit to conquer the part of market that was acquired by European and Chinese companies, ” Seyed Hafez Mousavi, the commercial counselor for the Iranian embassy in Ankara, said.

On Monday, the United States reimposed sanctions targeting Iran’s energy and financial sectors along with its shipping industry. More than 700 individuals, entities, aircraft, and vessels were blacklisted, including 50 Iranian banks and their domestic and foreign subsidiaries.

Mousavi asserted that Turkey and Iran can expand cooperation in sectors such as tourism and investment.

‘Iran not worried about negative consequences of US sanctions’

Mousavi said that sanctions will barely effect Iranian economy as its not totally linked to the international financial and monetary system.

He added that the sanctions can be a good opportunity for Iran to decrease its dependency on oil revenues and to advance its non-oil production exports.

“We are going to implement policies to expand our non-oil production exports and enhance our production capacity,” Mousavi said.

Mousavi stated that Iran gives priority to the target of boosting relations with neighbor countries, Middle East region and Commonwealth of Independent States.

Highlighting that private sector plays an important role to achieve this goal, he said most of the companies located in surrounding region are not linked to the U.S. companies.

“So we are not worried about negative consequences of the U.S. sanctions,” Mousavi asserted.

On the trade in national currencies with Turkey, Russia and China, he said it is in the Iran’s agenda.

“We had good negotiations on this issue. They expressed their readiness to use national currency to work with Iranian companies.”

Mousavi said using Turkish lira instead of U.S. dollars would also be welcomed by Iranian companies.

“Turkey is our main partner and neighbor, we prefer to use lira instead of dollar,” he said.

Mousavi stressed that Iran is also ready to use financial channel proposed by the six parties — Britain, France, Germany, Russia, China and Iran — remaining in the Iranian nuclear deal after U.S. withdrawal as an alternative payment method to break dominance of U.S. dollar in financial system.

“We can use this opportunity to expand our relation with the European countries,” he said.

Welcoming European officials’ statements about the U.S. sanctions, Mousavi pointed out that Iran can enhance its relation with Europe through boosting cooperation with small and medium-sized enterprises rather than large-sized companies.

“Our cooperation with Europe will not be suspended or stop just because the U.S. sanctions are reinstated,” Mousavi said.