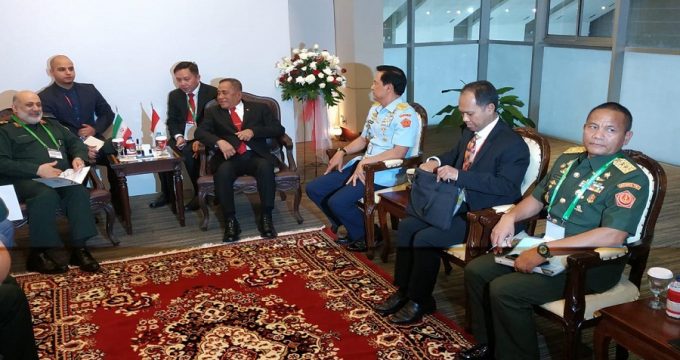 During the meeting, Taqizadeh expressed solidarity with the Indonesian government and nation as well as families of the victims over Tsunami in Palo and air crash in the country.

Highlighting friendly ties between the two countries, he called for boosting bilateral relations in all fields, saying that Iran and Indonesia boast of numerous capacities which should be used in line with their interests.

Contending that Iran’s history is free of any aggression and starting war, Taqizadeh said that Islamic Republic of Iran has always been working for promoting peace and stability in the region and world.

Describing Iran and Indonesia’s position as strategic, he said that further interaction between the two countries’ officials will help strengthen peace, stability and security in the region and world.

Southeast Asian security situation is positive, he said, noting that interaction among the southeastern Asian states over the past 51 years has prevented conflict and tension among the region’s countries.

The Eighth International Exhibition of Indonesian Defense Industries, involving 868 pavilions from 59 countries, will end on November 10.