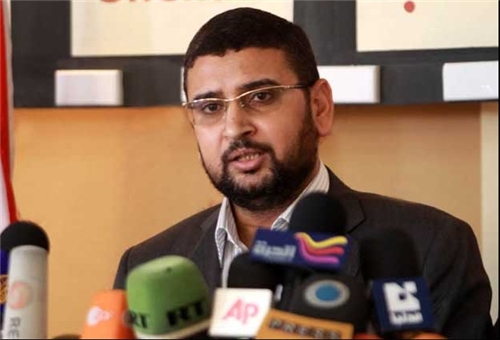 Hamas rejects UAE criticism of support for Iran against US sanctions

Press TV – Hamas dismisses the United Arab Emirates’ remarks about the Palestinian resistance movement’s condemnation of America’s anti-Iran sanctions, saying it is Abu Dhabi’s overtures to the occupying Israeli regime that should be criticized, not Hamas’ stance against US bullying.

The Gaza-based resistance group had earlier this week voiced support for the Iranian nation in the face of a fresh wave of US bans targeting the Islamic Republic’s banking, energy and insurance sectors.

Irked by Hamas’ position, Emirati Foreign Minister Anwar Qarqash – whose country is a strong supporter of Washington’s anti-Tehran policies – blasted the Palestinian movement for speaking out against the sanctions.

Qarqash claimed that Hamas was an “instrument” of Iran in the region, and that its expression of solidarity with the Iranian nation cannot contribute to efforts towards the resolution of the Israeli-Palestinian conflict.

Posting a tweet, Sami Abu Zuhri, Hamas spokesman, rejected the Emirati minister’s comments, saying what is “abnormal” is in fact Abu Dhabi’s overtures to the Israeli regime — including its recent hosting of an Israeli delegation.

He said the Emirates’ had chosen to host “criminal Israeli officials,” while the regime was engaged in crimes against the Palestinian nation.

Zuhri reminded Abu Dhabi that Israel’s “anthem” had been played twice during the visit.

The UAE has long claimed to be an advocate of the Palestinian cause. It has no formal relations with the Tel Aviv regime, but the two sides have been working to gradually normalize their ties.

Palestinian officials, including those of Hamas, based in the Israel-blockaded Gaza Strip, and the Palestinian Authority, headquartered in the occupied West Bank, have voiced strong opposition to the increasing gravitation between Tel Aviv and certain regional Arab states, including the UAE.

The pro-Israel administration of US President Donald Trump fervently supports the increasing closeness. It pursues a speedy normalization of Israel’s ties with Arab regimes in favor of an alliance against Iran.