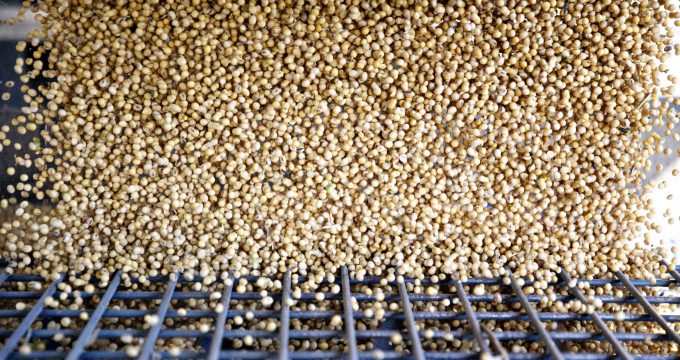 Sanctions no impediment to another U.S. soybean shipment to Iran

Bloomberg – For the second straight week, a bulk carrier with soybeans left the U.S. Pacific Northwest destined for Iran.

The Sealady bulk carrier departed on Nov. 1 from a terminal owned by Bunge Ltd. and Itochu Corp. in Longview, Washington , and is destined for the port of Bandar Imam Khomeini in Iran, according to inspection figures from the U.S. Department of Agriculture and vessel-tracking data compiled by Bloomberg.

On Monday, the U.S. imposed sanctions on Iran’s energy, shipping and banking sectors. They were lifted as part of the 2015 accord to curb nuclear enrichment and marked the second round of measures imposed by President Donald Trump. The U.S. penalties exclude agricultural commodities.

The ship with 56,951 metric tons of soybeans is the 13th cargo to depart the U.S. for Iran since July. Ten loaded from Mississippi elevators, while three departed from the Pacific Northwest.

The U.S. has sent 873,420 tons of soybeans to Iran in 2018 since the trade war with China started in July. The U.S. has increasingly sought sales to countries including Argentina, Egypt and Iran to fill the void left by China, the world’s top consumer.

— With assistance by Nick Wadhams

Imam Khomeini Port (BIK), US sanctions against Iran, US soybean shipment to Iran November 6, 2018
Iran’s Zarif takes to YouTube against ‘unlawful’ US sanctions
Turkey will not abide by U.S. sanctions on Iran, Erdogan says