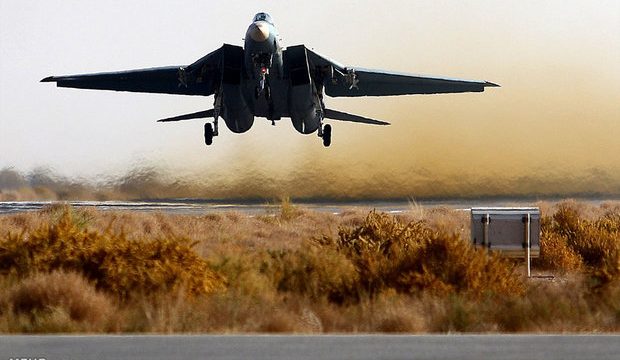 According to Army’s Public Relations Department on Tuesday, experts and technical staff at Shahid Babaei Airbase in Isfahan have overhauled an F-14 Tomcat fighter, which had been grounded for several years.

The overhaul process took 35,000 man-hours to make the F-14 fighter jet fit to return to the operational phase.

The statement stressed that the whole process was done by relying on domestic knowledge and expertise.

The overhauled fighter was successfully ran through a test flight, and joined the operational fleet of the Army’s air force.

Back in August, experts and technical staff at Shahid Nasser Habibi air base in Northeastern Iran overhauled a French-made Mirage and an F-5 fighter jet.