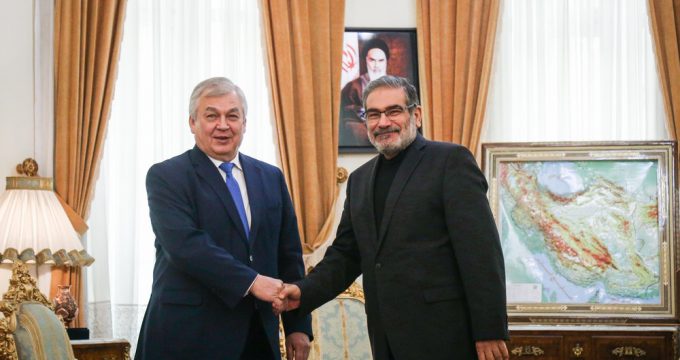 Putin sends envoy to Tehran as US sanctions take effect

Tasnim – Russian President Vladimir Putin’s special envoy Alexander Lavrentiev is in Tehran to express Moscow’s support for Iran in the face of a new wave of US sanctions.

The Russian envoy said he has travelled to Iran on Putin’s orders for a twin mission: to give a report on a recent 4-party meeting of Russia, Turkey, Germany and France on the situation in Syria that was held in Istanbul, and to voice Moscow’s unequivocal support for Iran against the fresh round of US sanctions.

Hailing Iran’s constructive role in contributing to the political settlement of crisis in Syria, Lavrentiev said Russia is resolved to sustain political and security cooperation with Iran until full restoration of peace and security in Syria.

The visiting envoy also called for concreted action by the international community to stand against US unilateralism, and denounced the use of economic and trade options for imposing a country’s political will on others.

For his part, Shamkhani praised the interaction among Tehran, Moscow and Damascus as a leading factor giving the Syrian army the upper hand in confrontation with the terrorists.

He also underlined that Iran and Russia’s cooperation in Syria is such that the Zionist regime of Israel’s obstructionist polices would go nowhere.

Iran and Russia have remained close allies of Syria in a civil war that began in 2011 and have supported its legitimate government in the face of foreign-backed militancy.