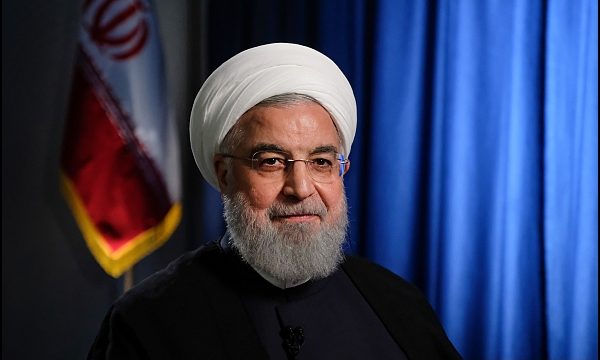 Iran will sell its oil and break sanctions reimposed by the United States on its vital energy and banking sectors, Iranian President Hassan Rouhani told economists at a meeting broadcast live on state television on Monday.

Iran’s armed forces have launched an annual air defense drill to test their capabilities in defending the Islamic Republic’s airspace against a wide range of threats, using an array of advanced weapons systems.

US sanctions against Iran taking full effect Monday, 8 countries to get waivers

The US government fully reinstates energy and banking sanctions against Tehran on Monday, however, eight countries will receive temporary sanctions waivers due to their significantly reduced import of oil from Iran.

India to pay Iran in rupees for oil imports

India and Iran are finalizing details of a mechanism which will allow New Delhi to pay for Iranian oil in rupees. India says the arrangement will help India avoid the impacts of Washington’s unilateral sanctions. Our correspondent Sanjay Sethi has more.

An Iranian vice president says the administration of President Hassan Rouhani will take prompt action to apply the necessary changes to a bill on joining global safeguards to combat the financing of terrorism (CFT) that was initially approved by the Parliament but has now been rejected by Iran’s Guardian Council.

Iran says it has successfully thwarted a wave of cyber attacks apparently staged by Israel to target the country’s communications infrastructure, saying it will certainly follow up on the “hostile” scheme via international mechanisms.

Germany says legal business relations with Iran should be possible

Germany is convinced that it should enable legal business relations with Iran and is checking how to protect companies affected by sanctions reimposed on Iran by Washington, a government spokesman said on Monday.

Britain said on Monday it regretted a U.S. decision to reimpose sanctions on Iran.

Putin sends envoy to Tehran as US sanctions take effect

Russian President Vladimir Putin’s special envoy Alexander Lavrentiev is in Tehran to express Moscow’s support for Iran in the face of a new wave of US sanctions.