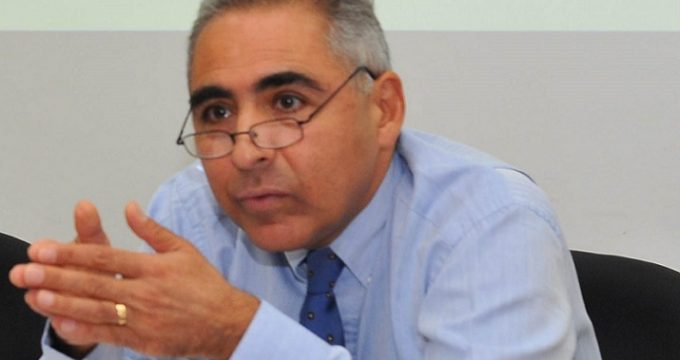 Iran needs good ties with the East and West

Iranian Diplomacy – A university professor in the UK believes: “Iran must have closer ties with Europe for its economic development. But its security can be provided mostly by China and Russia. This requires a little subtlety in the ‘Neither East, Nor West’ slogan.”

Some experts in Iran believe that the world is on the threshold of a historic transfer of wealth and power from the West to the East. Furthermore, the attitude of the West towards Iran in general, and following Trump’s election in particular, strengthens the viewpoint that Iran must pursue the look to the East strategy more vigorously. Others believe that the East is still unable to stand up to the West. In Iran’s case, the East is not only thinking about its maximum interests, it is even taking advantage of Iran’s specific restrictions. This can be seen in Russia’s decision to increase its oil production in the current situation or in China’s conditions for settling Iranian oil money with Chinese goods.

Persia Digest (PD) has conducted an interview with Professor Anoush Ehteshami on the subject. He is a Professor of International Relations in the School of Government and International Affairs at Durham University. He has been publishing books and articles on Iranian foreign policy for nearly three decades.

You can read the interview here.

Can the strategy of looking to the East be in Iran’s interest under the circumstances?

The answer to this question needs an introduction. Iran’s foreign policy strategy was based on the “Neither East, Nor West” slogan. But after the end of the Cold War, it strengthened its ties with the East instead of the West and the slogan changed to “East-East”. Of course, China was not a world power at the time and Russia was a weak superpower. Even India did not have its economic power of today. Rising countries at the time were Japan, South Korea, and North Korea. Iran had ties with these countries before the 1979 revolution. Its military connections were strengthened with North Korea after the revolution and ties with South Korea also expanded significantly. As such, a gradual tendency towards the East grew in Iran after the Cold War.

Secondly, these global developments coincided with Iran’s theory of an end to Western rule for the rising East. It was argued that Iran has an economic, cultural, geopolitical and ideological background that can strengthen the East and its relations with it in the medium-term so that it can shield Iran against America and the West.

Thirdly, international power has in practice shifted from the West to the East gradually over the past twenty years.

This gains momentum, however, only when the economic shift is tied to political issues. The East is rising beyond the shadow of a doubt. But there is no hegemony in the East and we must see what Iran is investing in by looking to the East. The East cannot yet meet the economic, military, and social needs of a relatively modern country like Iran. The question needs to be asked whether the East can respond to the needs of the Iranian middle class, which is stronger and more progressive than all the communities in the region, with combined spiritual and material aspirations.

A one-dimensional view of international relations is no longer viable, especially for a country like Iran which has a very strong industrial infrastructure and is highly specialized in terms of human resources, but with a weak economy and recovery stamina.

Iran needs good relations with both the East and West. Its primary industries date back to fifty years ago and are in need of new technologies and modernization. Iran’s main technological requirements are in the West. Countries like Japan and South Korea can help Iran, but are too afraid of the Unites States.

Iran exports most of its oil to eastern countries. This is also the case for its neighboring rival countries in the Persian Gulf whose main oil exports are also to the East. Iran’ economy is oil-based and it cannot afford to content itself with a look to the East. It must keep its oil and economic ties with the West as much as possible.

If Iran, for any reason, does not choose to change its relationship with the West, especially the United States, and follow the strategy of looking to the East, what would be the requirements of such a strategy?

The basis of Iran’s economic ties with the East is still unclear. How will this exchange take place? Except for South Korea and Japan, most of the economy in Eastern countries is run by governments. This is not a positive in the long-run, because state organizations are not competitive and these tend to pursue mainly tactical and political issues. Is Iran aware that economic relations with these countries are economically and technologically competitive or not? From the perspective of its partners, is this just in their favor, or is it a win-win situation?

Do countries such as China, Russia, India…change the quality of their relations with Iran to its detriment due to US sanctions, or are the sanctions a pretext to use Iran’s particular circumstances to their own benefit?

In my opinion, eastern countries like Russia, China, and India take advantage of Iran’s weak position. They are aware that Iran has no room for maneuver under the circumstances. Interestingly enough, Russia has announced it is willing to increase its oil production to replace Iranian oil on the market. These countries gave Iran a similar treatment under Mr Ahmadinejad’s presidency, because they knew Iran had no other options. I believe Iran’s strategy must be continued ties with Western Europe as leverage for its negotiations with the East. An Iran with alternatives cannot be taken advantage of.

Some in Iran call Russia a strategic partner and cite the two countries’ cooperation in the Syrian crisis as an example. Can the Iran-Russia relations be strategic?

This can be strategic insofar as their interests are identical. I do not believe this is a strategic relationship. History shows that Russia has always abandoned Iran in sensitive situations. Despite the fact that Iran and Russia are in synch over the Syrian crisis against the United States, Russia is not a strategically reliable partner for Iran. If Trump and Putin reach an agreement, Russia will simply prefer ties with the US to ties with Iran.

From an American perspective, China and Russia are among the most important threats to its national security. To the contrary, Iran is trying to establish a link with these two countries. Will such a link increase Iran’s security? To what extent will the China-Russia-Iran triangle be a danger to the US?

I do not believe forming such a triangle will impact US opinion on Iran. Trump sees Iran as a rival for its interests in the region. The current administration does not seem to have the geopolitical perspective that such a triangle can pose a threat to its middle-term interests in the Middle East. Trump would be happy to pull out of the Middle East. Even if Russia and China replace the US in the ME, he will not consider this an issue for as long as they do not threaten the regional interests of the United States, Israel, and its allies. If such a triangle gives a new form to Iran’s foreign policy, it may even be considered positive by the United States. Although China and Russia are considered serious threats to US National Security today, the United States seeks to contain it rather than confront it. For as long as the US has such a viewpoint, this triangle will not be a threat. But if India decides to join the triangle, then the US will have to worry.

Will the formation of this triangle or square increase Iran’s security against the United States? Iran is currently trying to join the Shanghai Cooperation Organization (SCO). Is this a good policy for Iran?

Joining the Shanghai Cooperation Organization will benefit Iran who must stabilize its Asian identity. This is where its security in Asia is defined. In my opinion, Europe will never provide security for Iran. Neither will India, Japan, and South Korea under these conditions. Iran needs China, Russia, and the SCO. This is a good policy for Iran at this point. It has no other options.

Is this not contradictory with the view that Iran should keep its relationship with the West?

These are not mutually exclusive. Membership in the SCO will not turn Iran against Europe; because Europe sees the SCO as a regional security organization like NATO. Iran must have closer ties with Europe for its economic development. But its security can be provided mostly by China and Russia. This requires exercising a little subtlety in the “Neither East, Nor West” slogan.

Anoush Ehteshami Professor of International Relations, Iran foreign policy, US sanctions against Iran November 5, 2018
Sainsbury’s in a stew over mash-up of ‘Persian’ dish
Trump digs in for a long, cold war with Iran