A Look at Iranian Newspaper Front Pages on November 5

Iran Front Page – IFP has taken a look at the front pages of Iranian newspapers on Monday, November 5, 2018, and picked headlines from 16 of them. IFP has simply translated the headlines and does not vouch for their accuracy.

The top story in all papers today was the nationwide November 4 rallies held in Iran to condemn the US policies towards the country, particularly the sanctions it just re-imposed.

Several papers also covered the Guardian Council’s controversial decision to reject a bill on Iran’s accession to the Combating the Financing of Terrorism (CFT) convention, which had been earlier passed by the Parliament.

Many reformist papers criticized the timing of the legislation watchdog’s announcement, arguing that rejecting the bill on the day when the US sanctions were to be re-imposed was a gift to US President Donald Trump.

1- Intelligence Minister: New US Plot to Result in Nothing but Failure 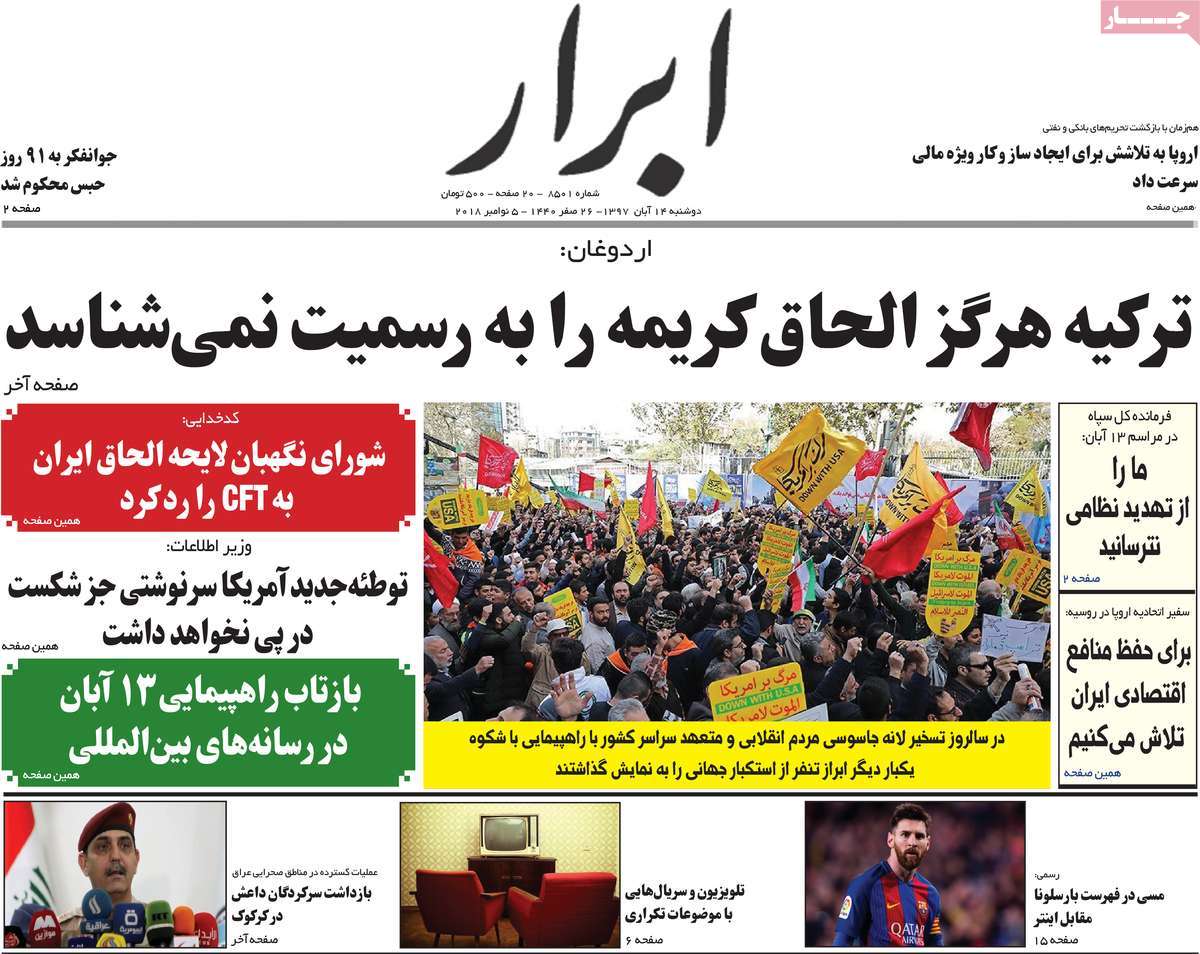 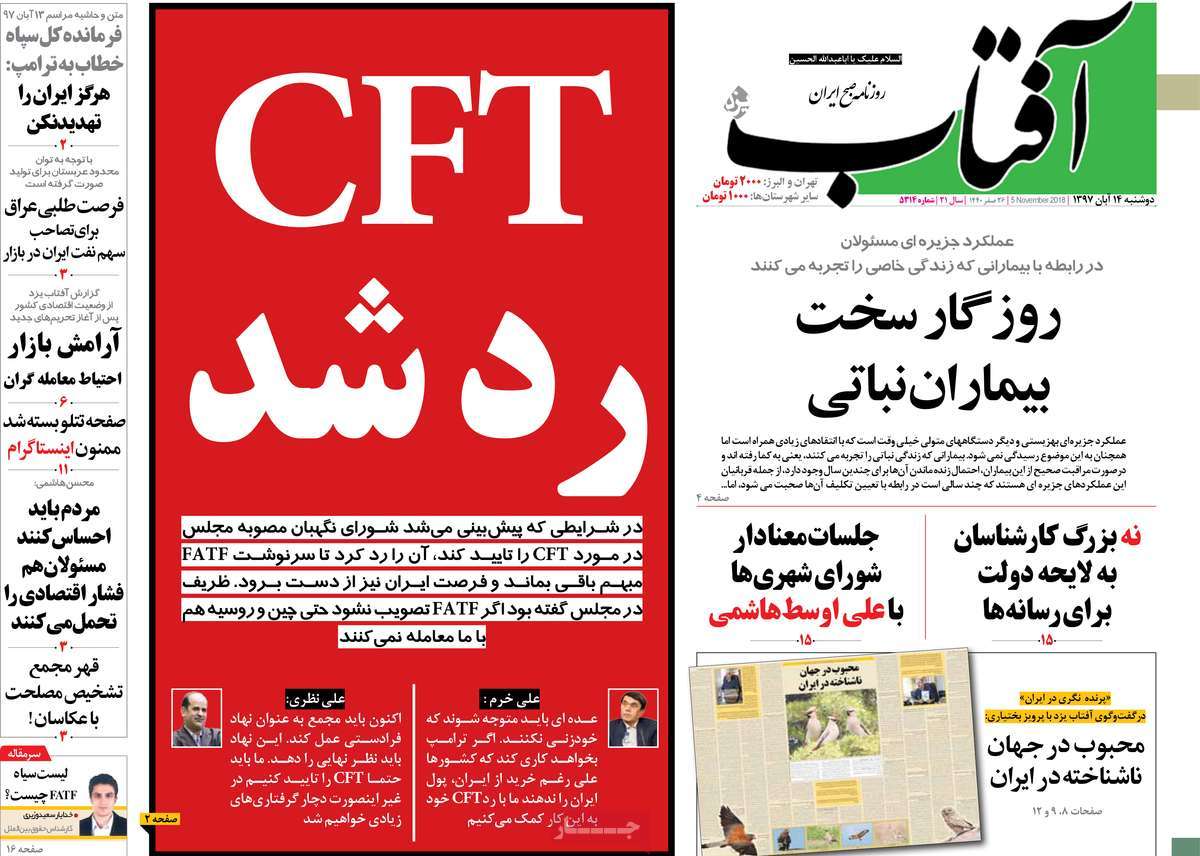 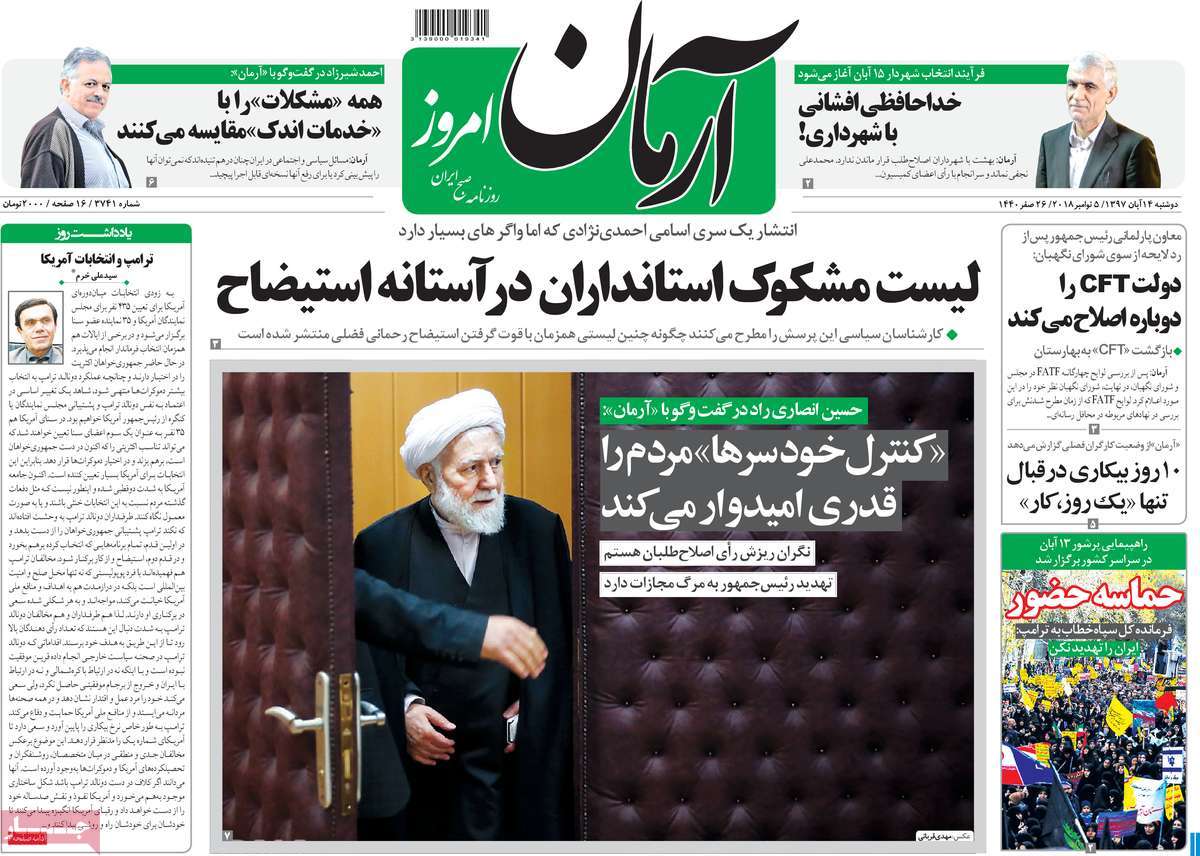 1- Death to American on Day of US Sanctions

2- Risks of Not Ratifying CFT Law 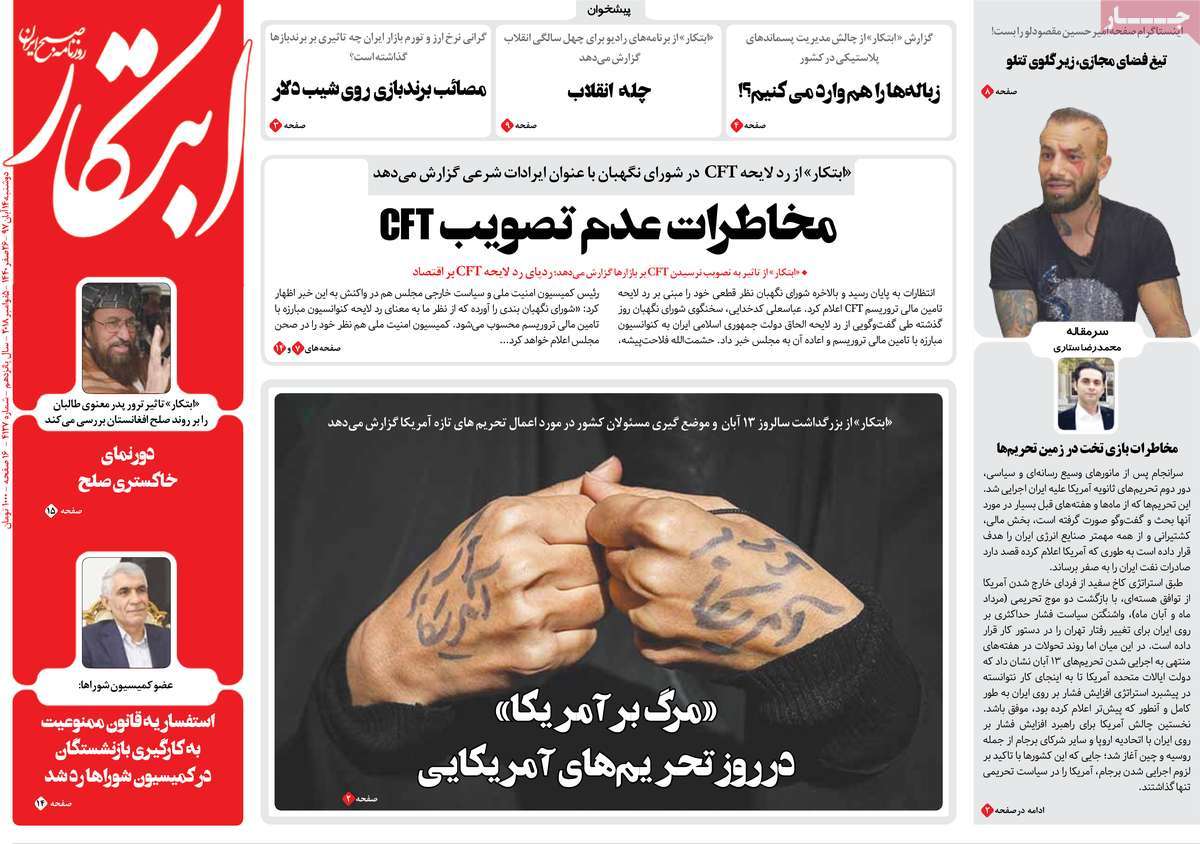 1- Day of Shouting: People Chant Slogans against Arrogance on Day of Sanctions 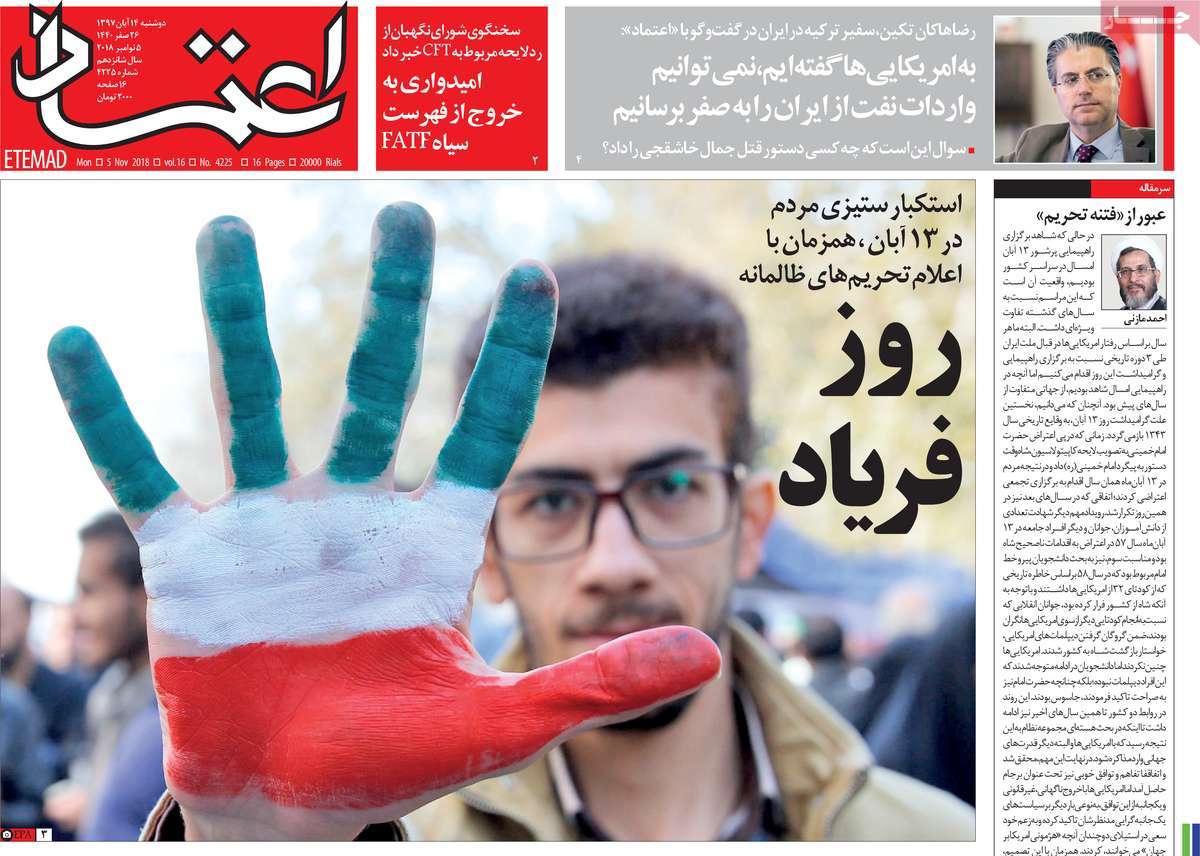 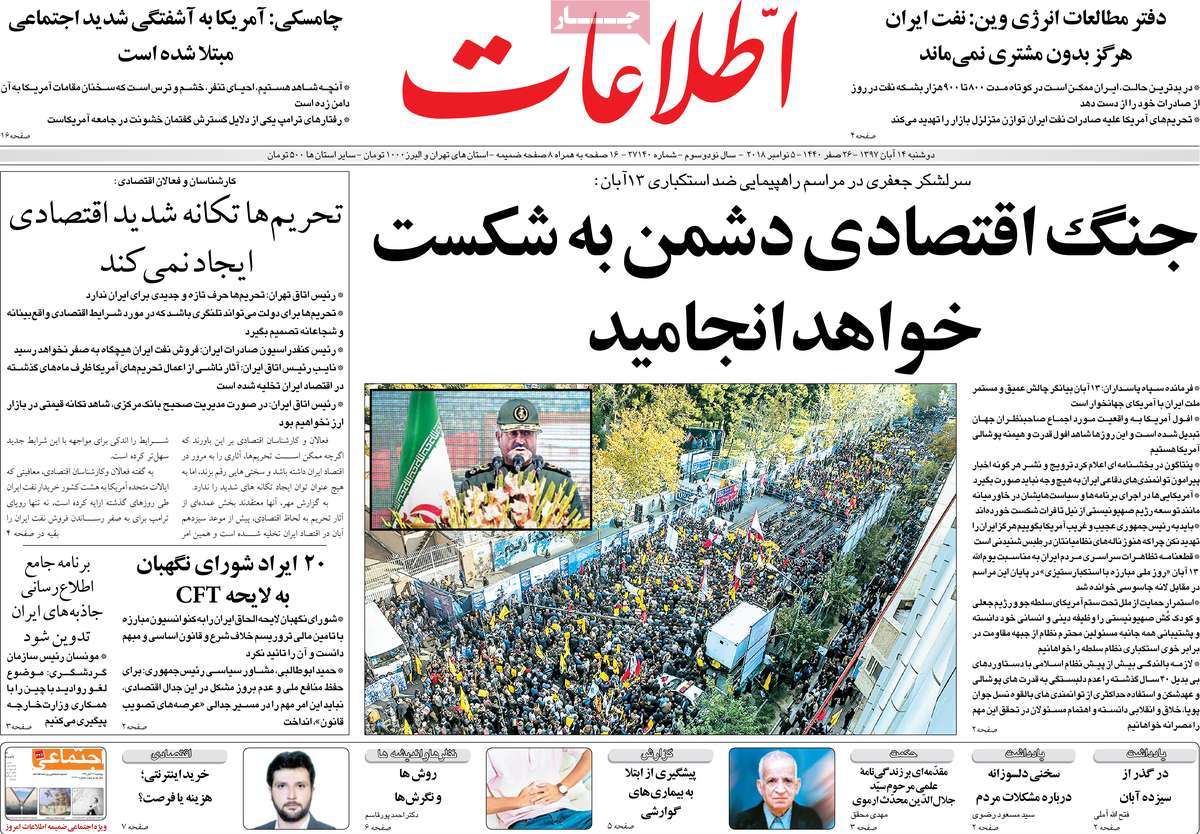 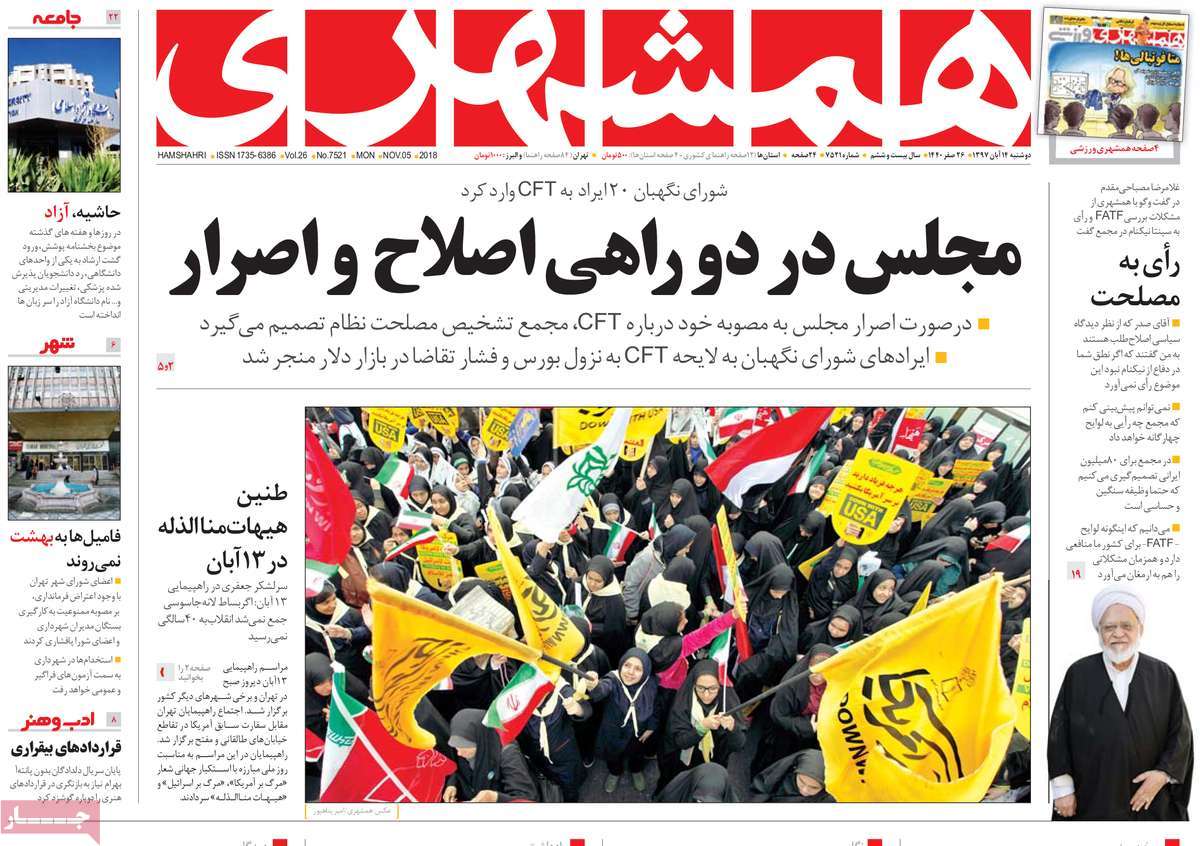 1- CFT Back in Parliament

2- Response to Sanctions on Anniversary of US Embassy Takeover 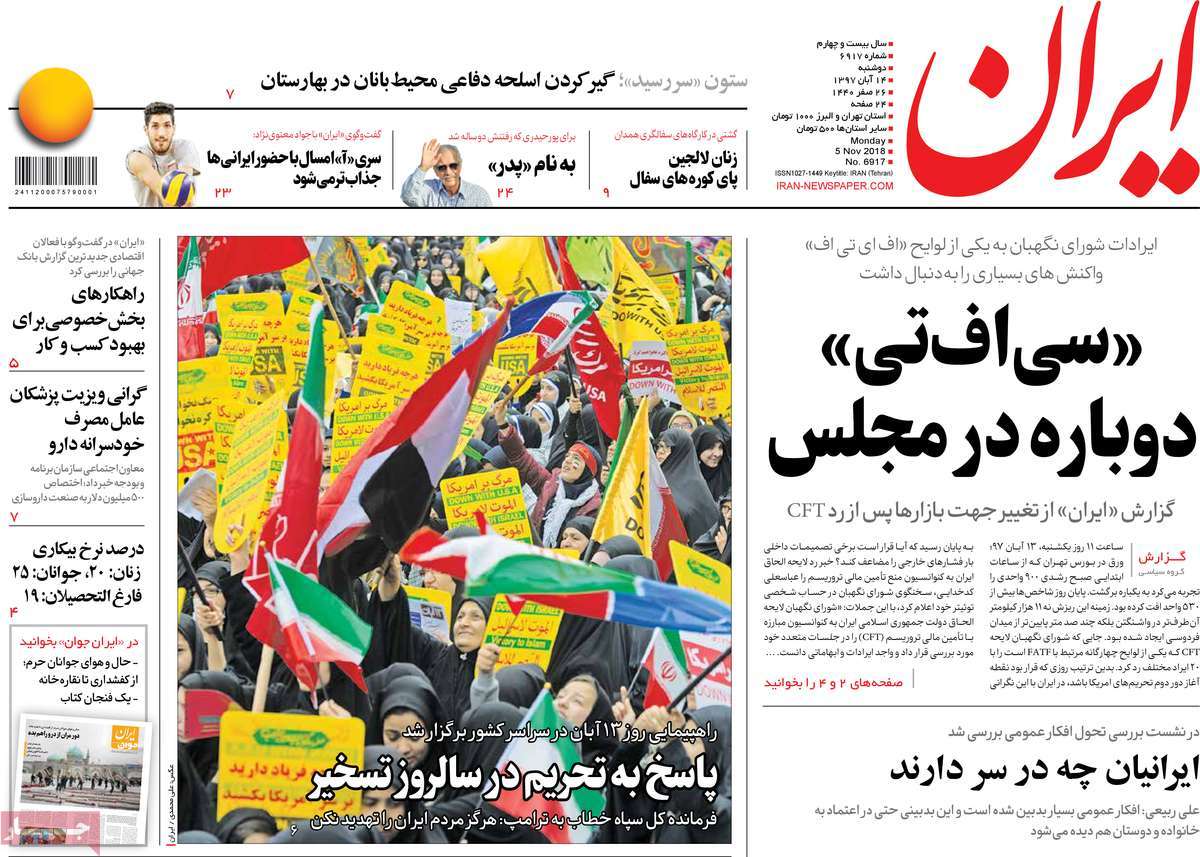 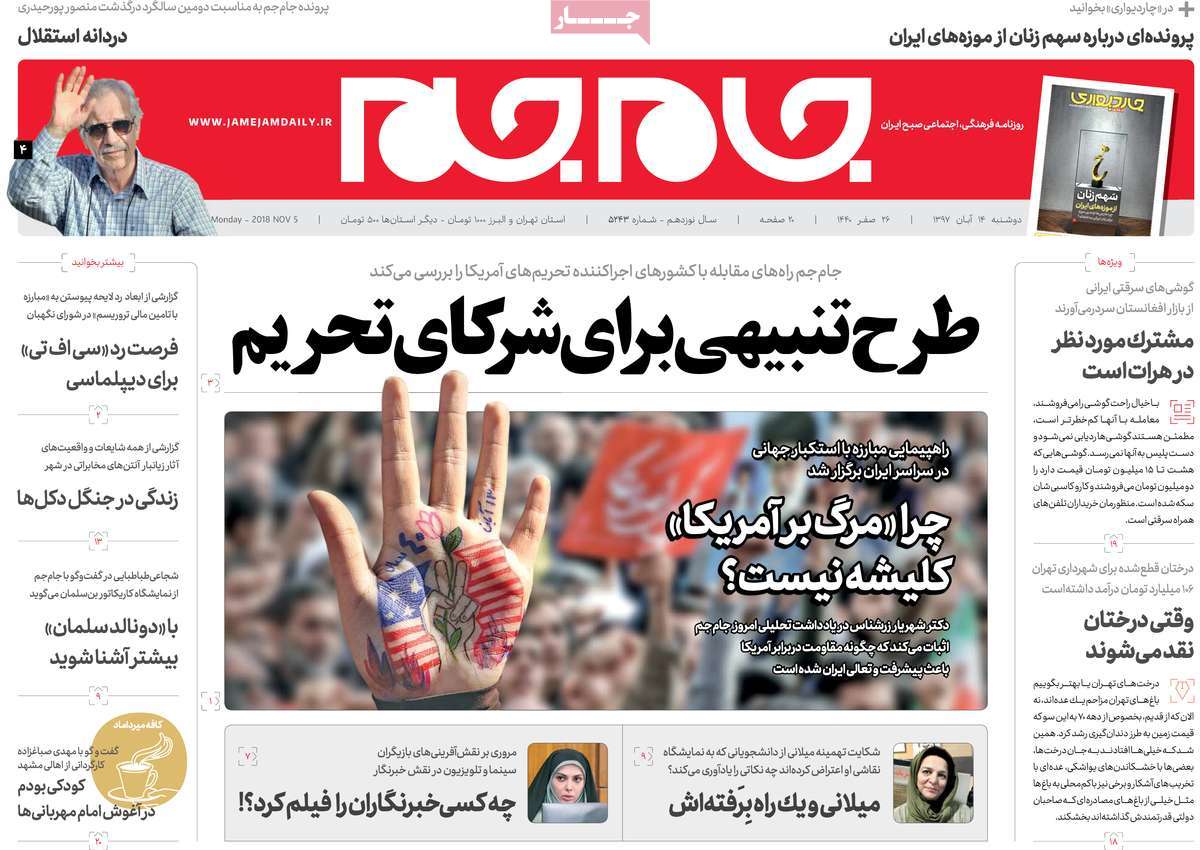 1- The Most Anti-American Nov. 4 Rallies Held across Iran

2- IRGC Chief: Revolution Couldn’t Survive without Takeover of US Embassy in 1979 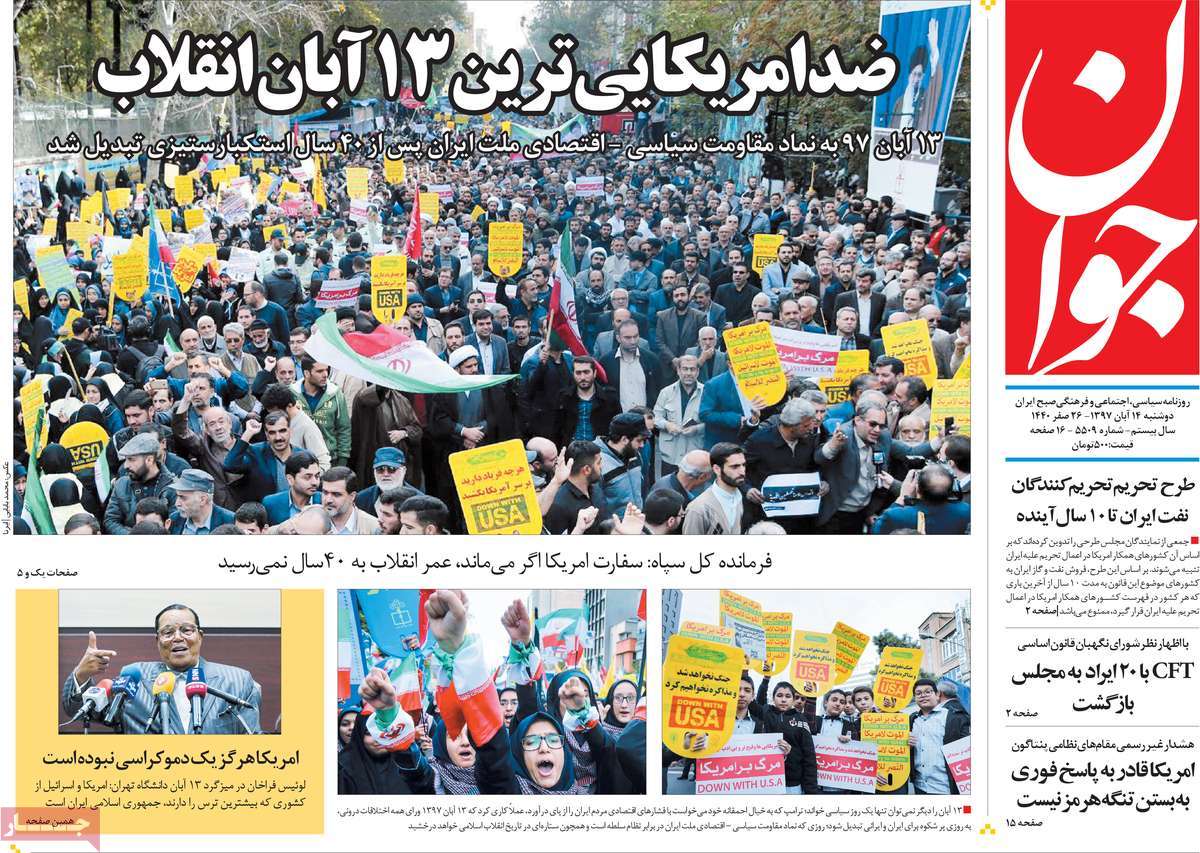 1- World Bank: Iran’s Ranking in Ease of Doing Business to Improve by 45 Positions 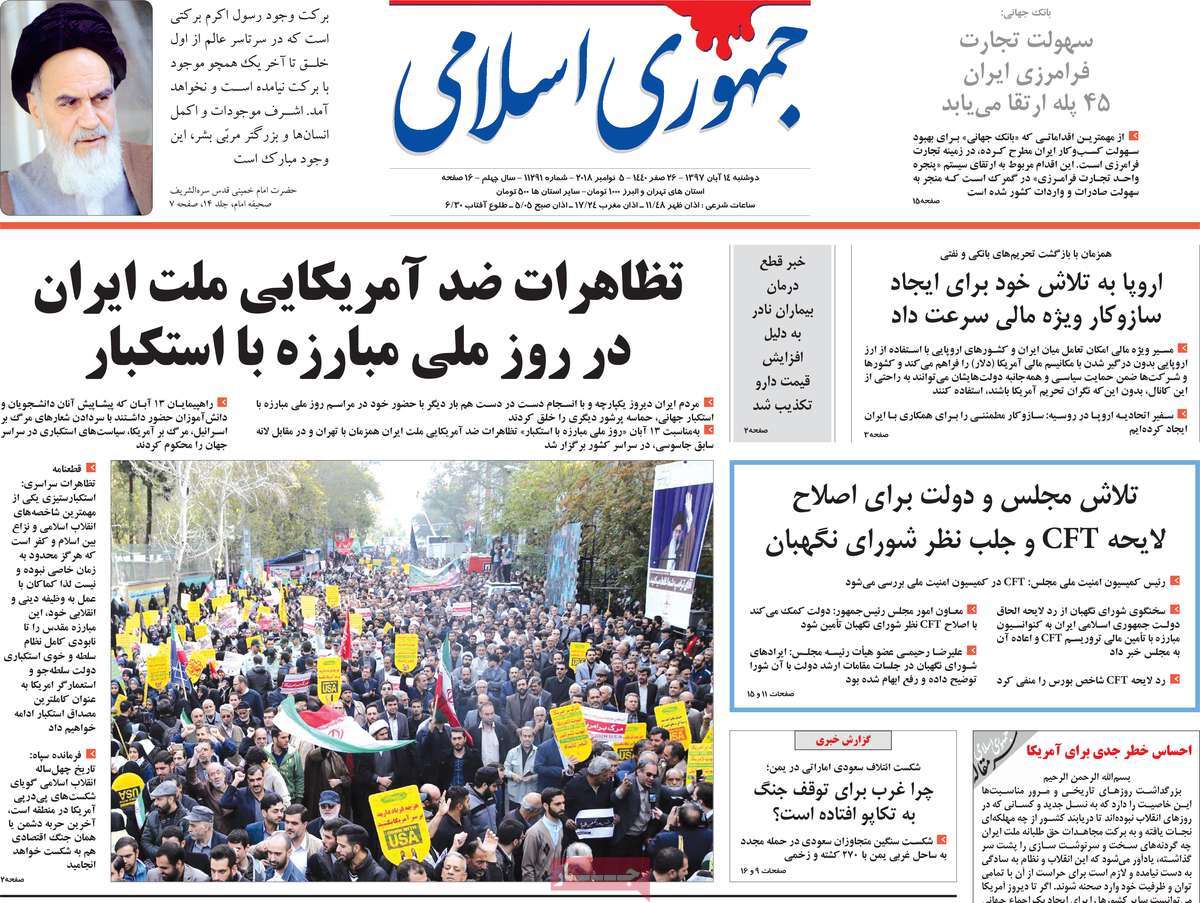 1- People, Guardian Council Deal Heavy Blow to US on Nov. 4 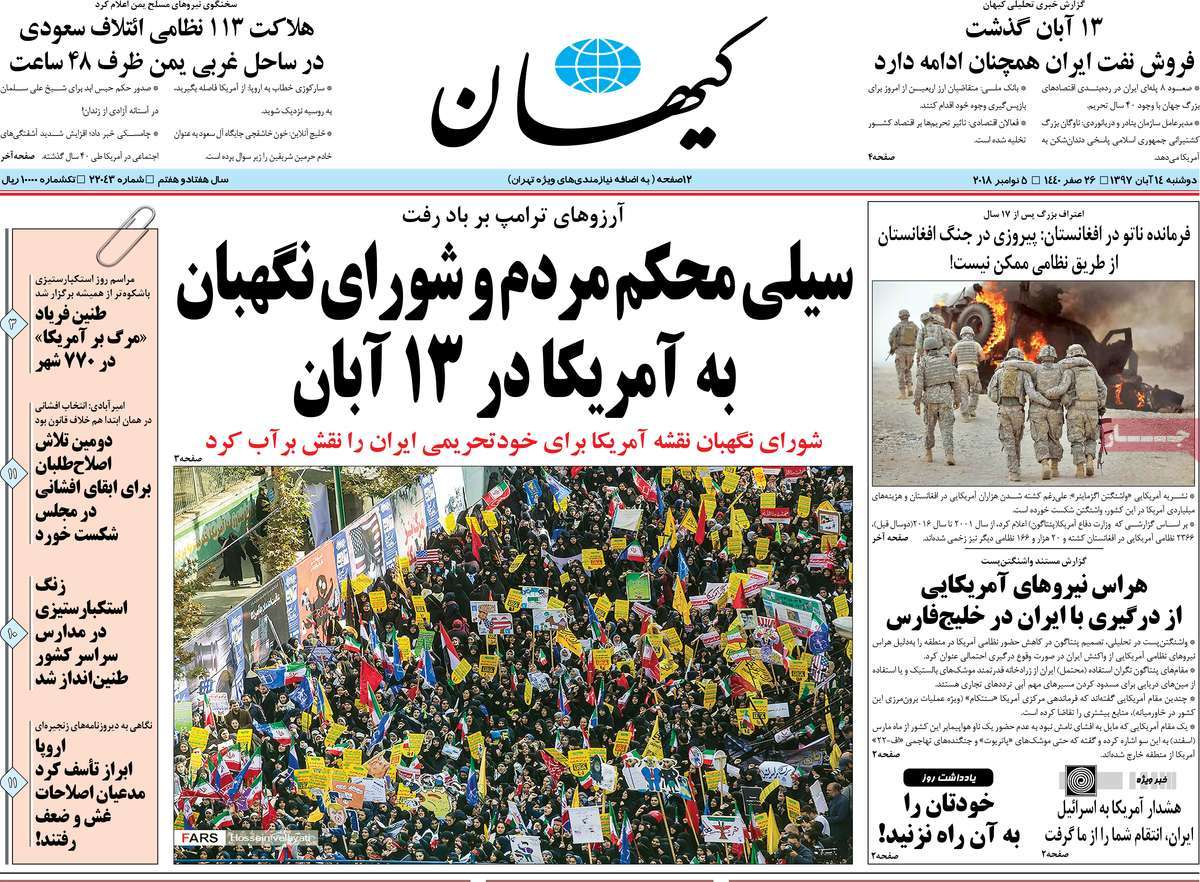 2- Trump Being Duplicated in the World 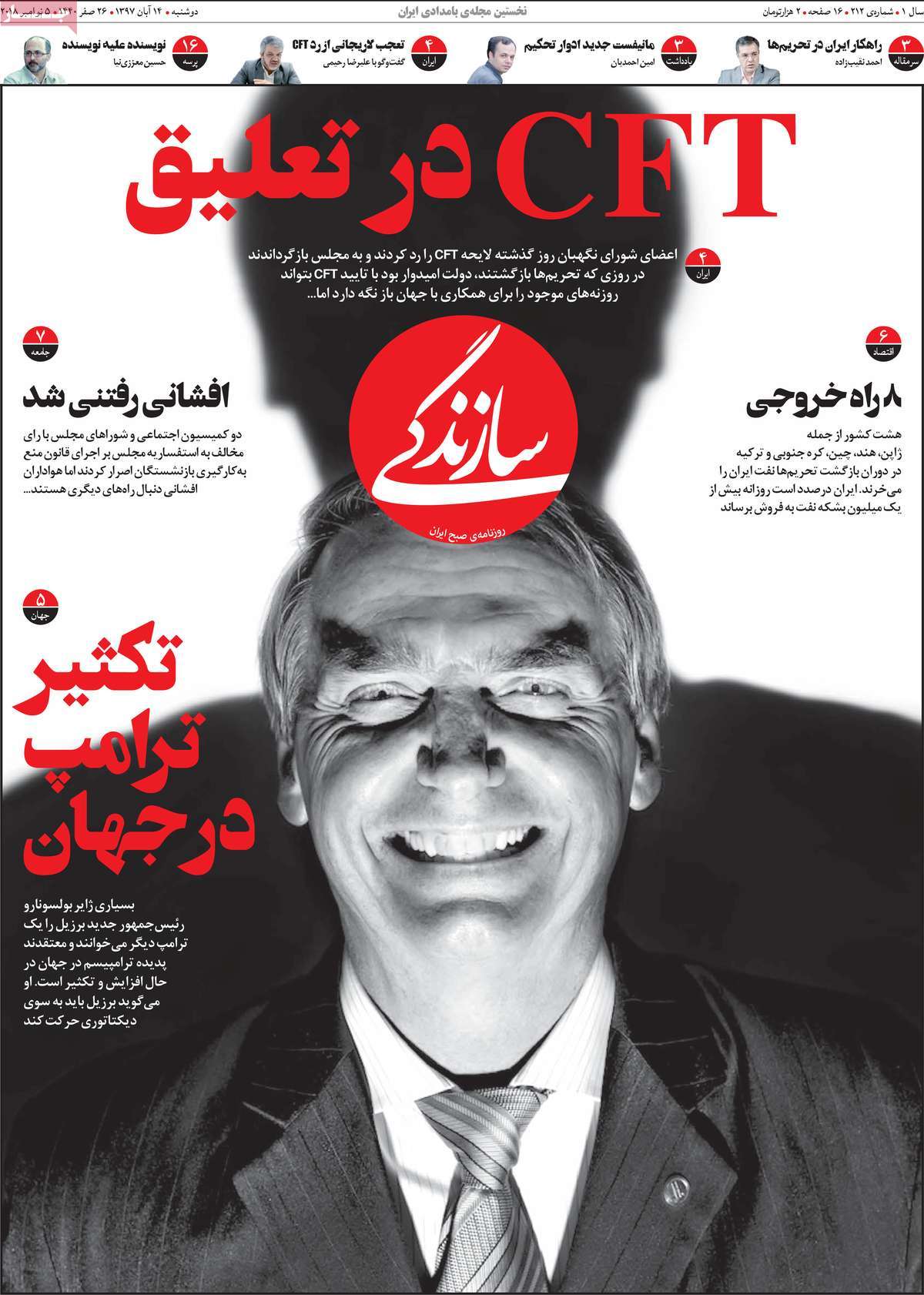 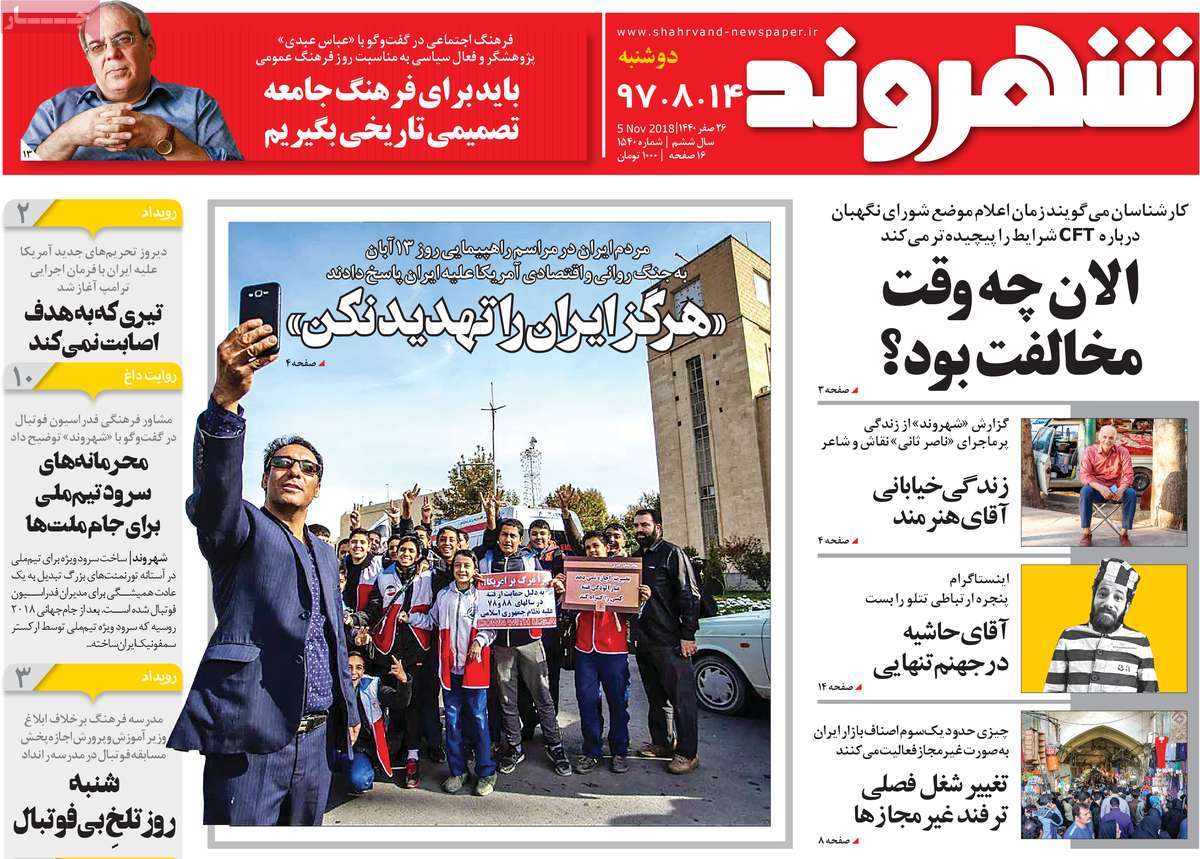 1- IRGC Chief-Commander to Trump: Don’t Threaten Us with Military Action 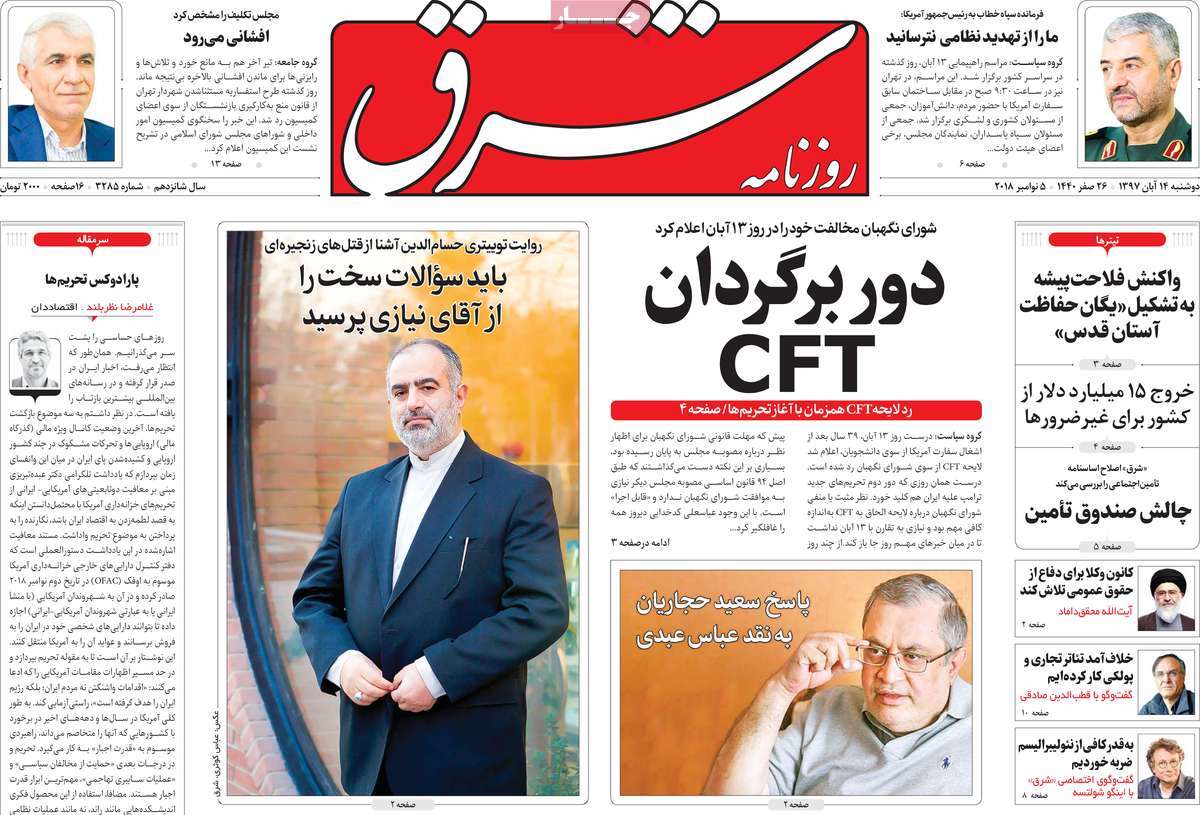 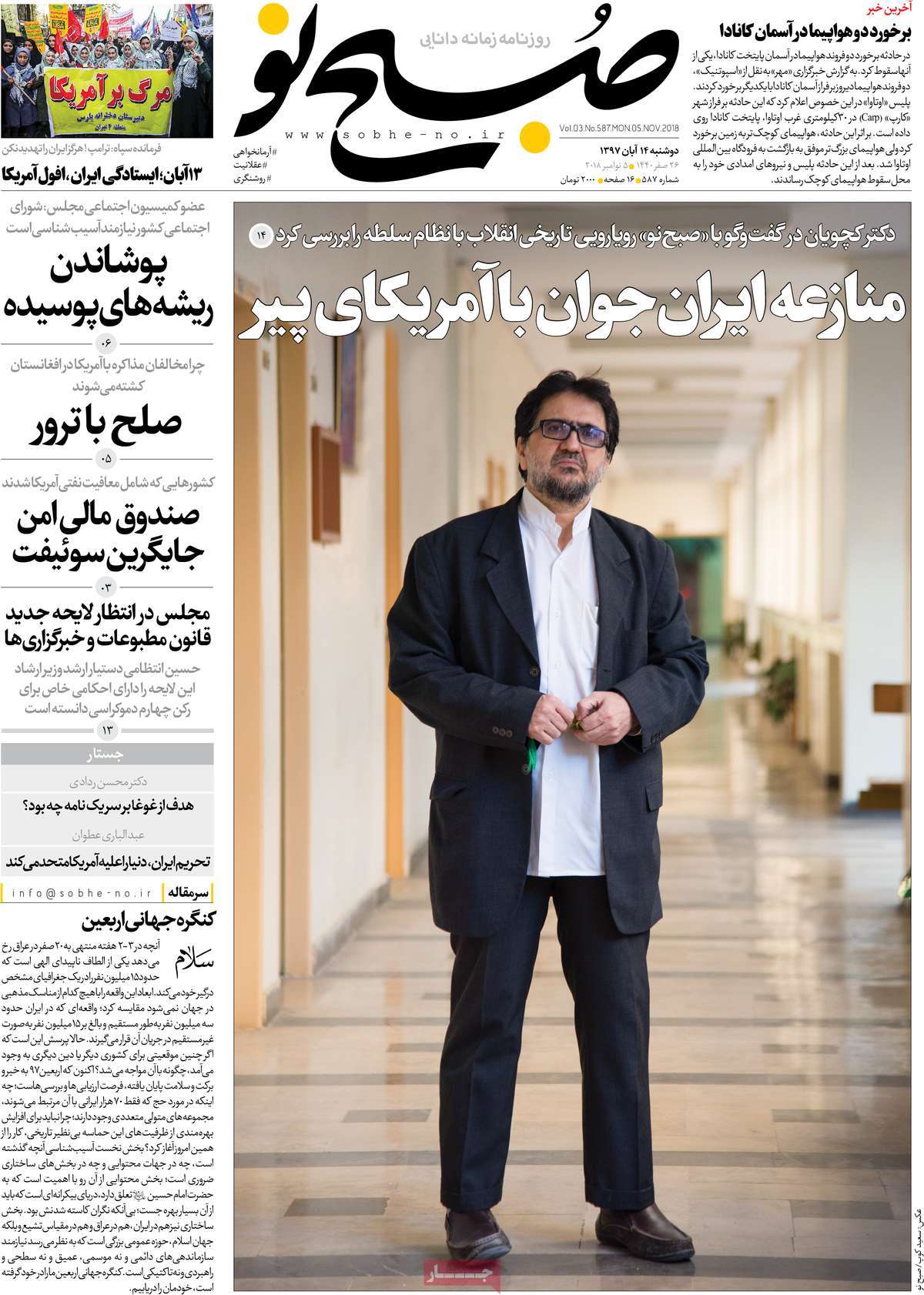