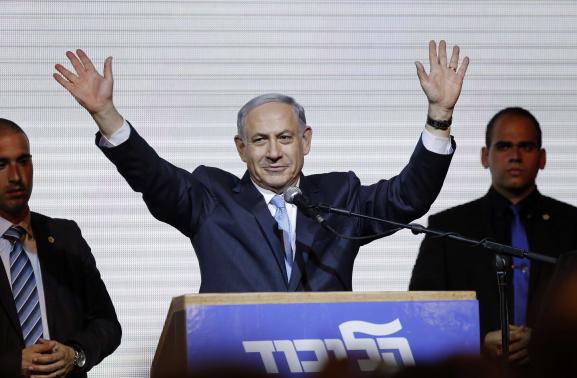 Press TV – Israeli Prime Minister Benjamin Netanyahu has welcomed US President Donald Trump’s decision to reimpose all sanctions lifted under the 2015 nuclear accord on Iran.

“Thank you, President Trump for this historic step. The sanctions are indeed coming,” Netanyahu said on Saturday, referring to Trump’s Game of Thrones-style Friday tweet depicting him with the words, “Sanctions are coming.”

A second round of anti-Iran sanctions is set to “snap back” on Monday, months after Washington scrapped the nuclear agreement despite international objections.

The punitive measures cover Iran’s shipping, financial and energy sectors. The first round of the bans – which had been lifted under the accord — was reimposed in August.

Netanyahu cried foul, saying he had been calling for “renewed sanctions” against Iran “for years.”

“The effects of the first sanctions are already being felt – the rial (the Iranian currency) is in decline. The Iranian economy is in a depression, we are seeing the results of the sanctions in the field,” he claimed.

Back in May, Netanyahu hailed what he called Trump’s “bold” decision to pull the US out of the Joint Comprehensive Plan of Action (JCPOA), as the nuclear deal is officially known.

Iran has vowed resistance in the face of Washington’s economic pressure. It is now in talks with other partners to the deal to help keep the international document alive and blunt the impact of the returning US bans.

On Saturday, Leader of the Islamic Revolution Ayatollah Seyyed Ali Khamenei said a face-off has been going on between the US and Iran for the past 40 years, in which the United States has always been defeated.