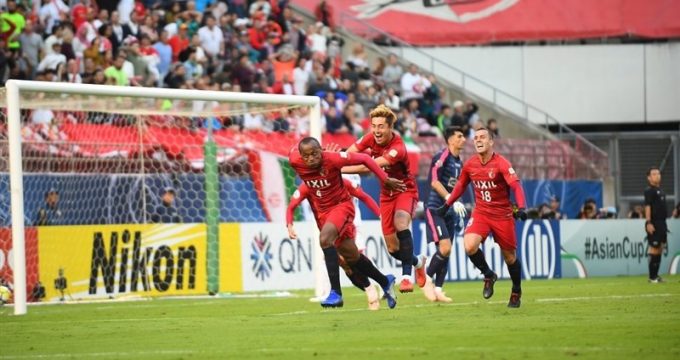 Tasnim – Kashima Antlers of Japan defeated Persepolis of Iran 2-0 in the first leg of the 2018 AFC Champions League final on Saturday.

Brazilian duo Leo Silva and Serginho got the decisive goals as the J League side took control following a bright start from Iran champion.

The first big chance fell to the visitors when a cross from the right was nodded into the path of Ali Alipour in the fourth minute. Just eight yards from goal, the striker looked certain to score but Jung Seung-hyun threw himself into the path of the shot and blocked it with his head.

Two minutes later, Ahmad Noorollahi’s free-kick from the left was tipped over by Kwoun Sun-tae as Persepolis applied early pressure.

Leo Silva celebrated in the 58th minute as he gave Kashima the lead. The midfield man played a neat one-two with Shoma on the edge of the Persepolis penalty area and cut inside before curling a low left-footed shot into the corner from 18 yards.

Kashima then added its second in the 70th minute. The ball broke to Kento Misao 20 yards out and he played a deft pass into the path of Serginho on the right and the Brazilian placed his shot into the far corner from the edge of the six-yard box.

There was a further blow for Persepolis as Siamak Nemati received his second yellow card in added time and the midfielder will now miss the second leg.

Kashima Antlers is now in a very strong position to win its first AFC Champions League title when it travels to Iran for the second leg on November 10.