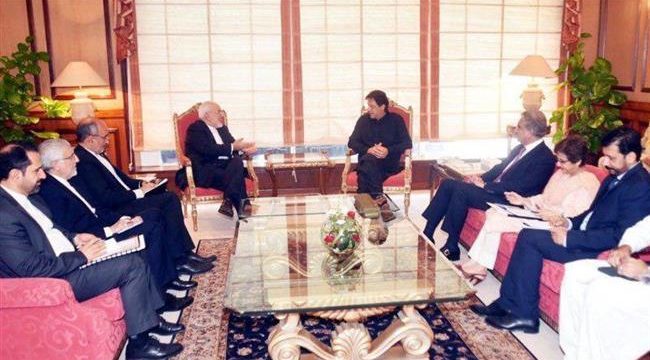 IRNA – Iran and Pakistan, as two important countries of the Muslim world and the region, are in a position to help end conflict in Yemen through diplomatic channel.

Prime Minister of Pakistan Imran Khan earlier had said that Pakistan will act as a mediator to bring peace in Yemen.

The prime minister, while addressing the nation, said he will try to get the Muslim countries together, besides acting as a ‘mediator’ in resolution of conflicts between the Muslim countries. ‘We are trying our best to act as a mediator to resolve the Yemen crisis,’ he said.

Experts say if Pakistan can help its friends and allies end their wars among themselves, navigating a fraught region could become somewhat easier for this country.

Talking to reporters he said Pakistan Prime Minister Imran Khan during the meeting had briefed him about Pakistan’s desire to play a mediatory role in Yemen, adding that Iran welcomes such steps.

He added that time has come that Pakistan’s suggestion to end conflict in Yemen should be implemented in letter and spirit.

He went on to say that Iran from very first day of Yemen conflict has been saying that crisis in the Arab state can only be resolved through diplomatic efforts.

Reports say that Prime Minister Imran Khan in the meeting had also expressed his concern over deficiency of unity and continued conflicts among the Muslim countries and lamented the humanitarian crisis being faced by the people of Yemen.

The prime minister offered his personal mediation to help resolve the crisis in Yemen, if all parties concerned agreed to this mediation.

Talking to IRNA, Syed Qandil Abbas, Professor of Politics and International Relations at Qauid-e-Azam University said Pakistan has been playing a neutral role in the conflict of Yemen.

He added Parliament of Pakistan had passed a resolution saying that Pakistan should maintain neutrality in the Yemen conflict and play a mediating role to end Yemen conflict.

The analyst went on to say that Iran is very important neighbor of Pakistan thus both countries can play a vital role for bringing peace in the region.

Syed Qandil Abbas said it is positive development that Iran has welcomed Pakistan’s mediatory efforts for the peaceful resolution of Yemen conflict.

He said that any effort to bring peace in Yemen internationally or regionally should be welcomed. He added that all groups in the Yemen should be facilitated to start dialogue to resolve the Yemen conflict.

The analyst said Saudi Arabia is getting to realize now that it has not achieved anything from Yemen war.

Since March 2015, Saudi Arabia and some of its Arab allies have been carrying out deadly and indiscriminate airstrikes on civilians in an attempt to restore power to fugitive president, Abd-Rabbuh Mansur Hadi, a close ally of Riyadh.

Over 14,000 Yemenis, including thousands of women and children, have lost their lives in the deadly Saudi aggression.

The UN Under-Secretary-General for Humanitarian Affairs, Mark Lowco told the Security Council that around 14 million people in Yemen, or half the country’s total population, are facing “pre-famine conditions,”

A UN Human Rights Committee has urged Saudi Arabia to put an end to the air strikes against Yemen, amid reports that they have resulted in the deaths of at least 1,248 children since March 2015.

The Ambassador of Iran to Pakistan Mehdi Honordoost has also welcomed Pakistan’s mediatory efforts for the peaceful resolution of conflict between Saudi Arabia and Yemen.

Talking to Pakistan’s official media, he said the mediation would prove positive to ensure peace in the region. “Iran would always support Pakistan whatsoever is in its best interest,” said the ambassador.

Earlier the envoy told the local media that Iran believes in regional cooperation and convergence. He added, ‘Foreign forces in our region and Muslim countries are responsible for the crisis in Syria, Yemen and the other Muslim countries.’

There is no doubt that the war in Yemen is an undeniable disaster, and diplomatic intervention is urgently needed there.