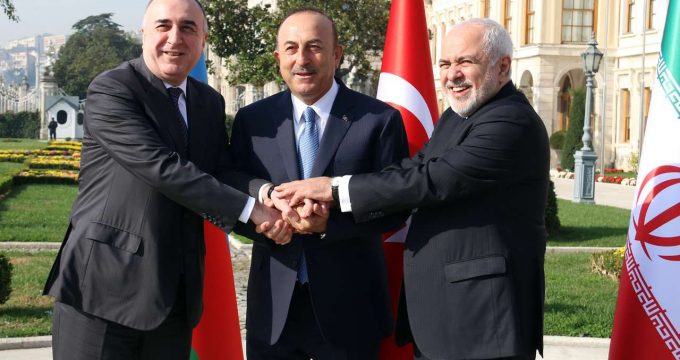 OPEC has boosted oil production in October to the highest since 2016, a Reuters survey found, as higher output led by the United Arab Emirates and Libya more than offset a cut in Iranian shipments due to U.S. sanctions.

US President Donald Trump in a memorandum to members of his administration made the determination to continue the oil embargo on Iran.

Indian oil companies will continue to import about 2.5 million tons of oil a month till March from Iran, Indian sources said.

Foreign Ministry Spokesman Ghasemi said Wed. that Iran is ready to probe closely into the supposed ‘assassination plot’ if there is goodwill on the Danish side.

Earlier, India’ Union Commerce and Industry Minister Suresh Prabhu called for the International North-South Transport Corridor (INSTC) to be put into operation “as early as possible.” The INSTC’s estimated operational capacity is up to 30 million metric tons of goods per year.

The enemies were trying to use of psychological operation, economic pressure and other conspiracies to make Iranian people yield in but they were defeated due to people’s wariness, said head of Iran’s Civil Defense Organization on Thursday.

Iran’s first LNG terminal project stalls due to US sanctions

Iran’s first LNG export terminal project with a planned capacity of 10.8 million mt/year has stalled due to the impact from the US sanctions, a company executive said Thursday.

Iranian Ambassador to London Hamid Baeidinjead said the call by the UN Special Envoy for Yemen for immediate peace talks raises hopes for ending the humanitarian crisis after more than two years of bloodshed.