A look at Iranian newspaper front pages on November 1

Iran Front Page – IFP has taken a look at the front pages of Iranian newspapers on Thursday, November 1, 2018, and picked headlines from 13 of them. IFP has simply translated the headlines and does not vouch for their accuracy.

Almost all papers today covered the remarks made by Iranian President Hassan Rouhani about the upcoming US sanctions, which are to be implemented on November 4.

Also a top story was Iran’s reaction to the accusations raised by Denmark regarding a plot to assassinate an Iranian opposition figure, and generally the anti-Iran charges being raised by European countries these days.

Several papers also covered the visit of Iranian Foreign Minister Mohammad Javad Zarif to Pakistan and his talks with the country’s officials to secure the release of 12 Iranian border guards abducted and transferred to Pakistan by Jaish al-Adl terrorist group.

Reports by Reuters and Bloomberg which showed Iran is exporting over 1.8 million barrels of crude oil despite the US sanctions also received great coverage. 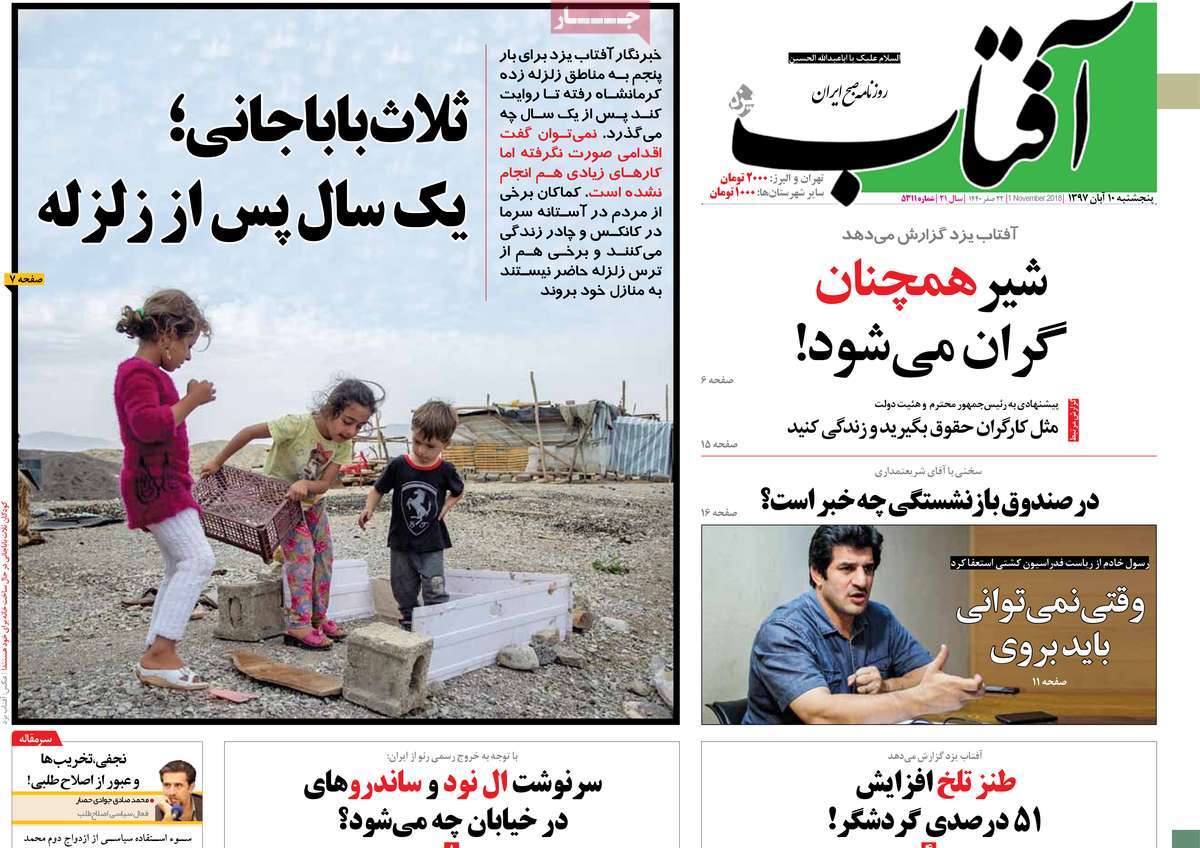 1- West Calls for Cessation of War in Yemen: Saudi Arabia in Quagmire

2- US Not to Achieve Its Goals: Rouhani 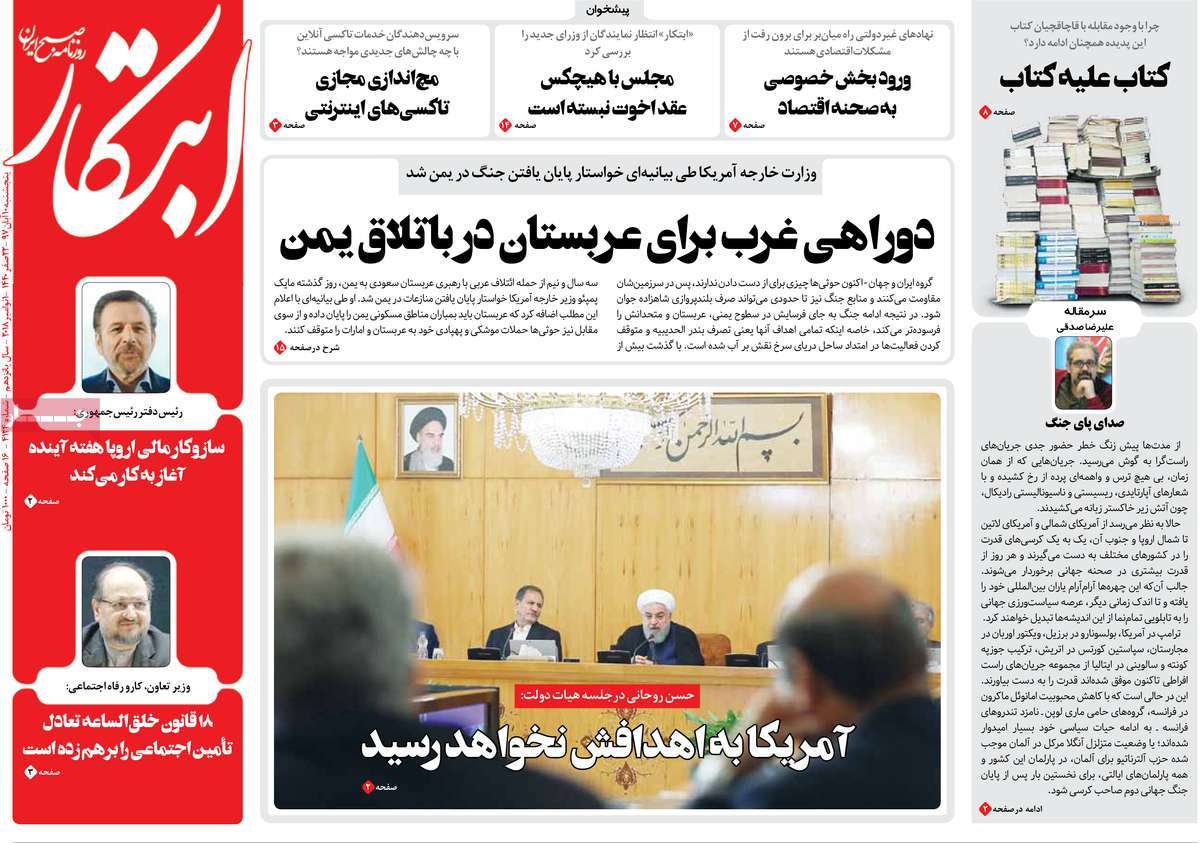 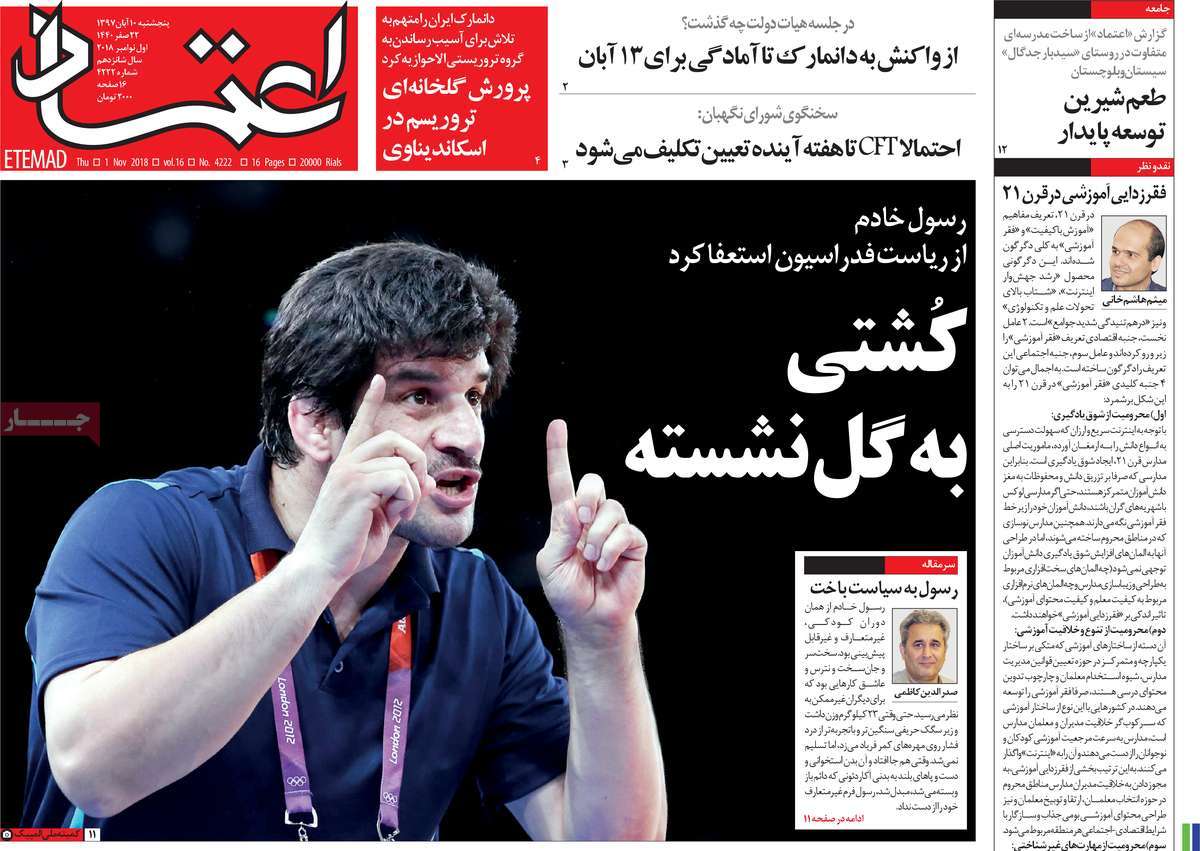 1- Bloomberg: Many Countries Won’t Implement US Sanctions on Iran 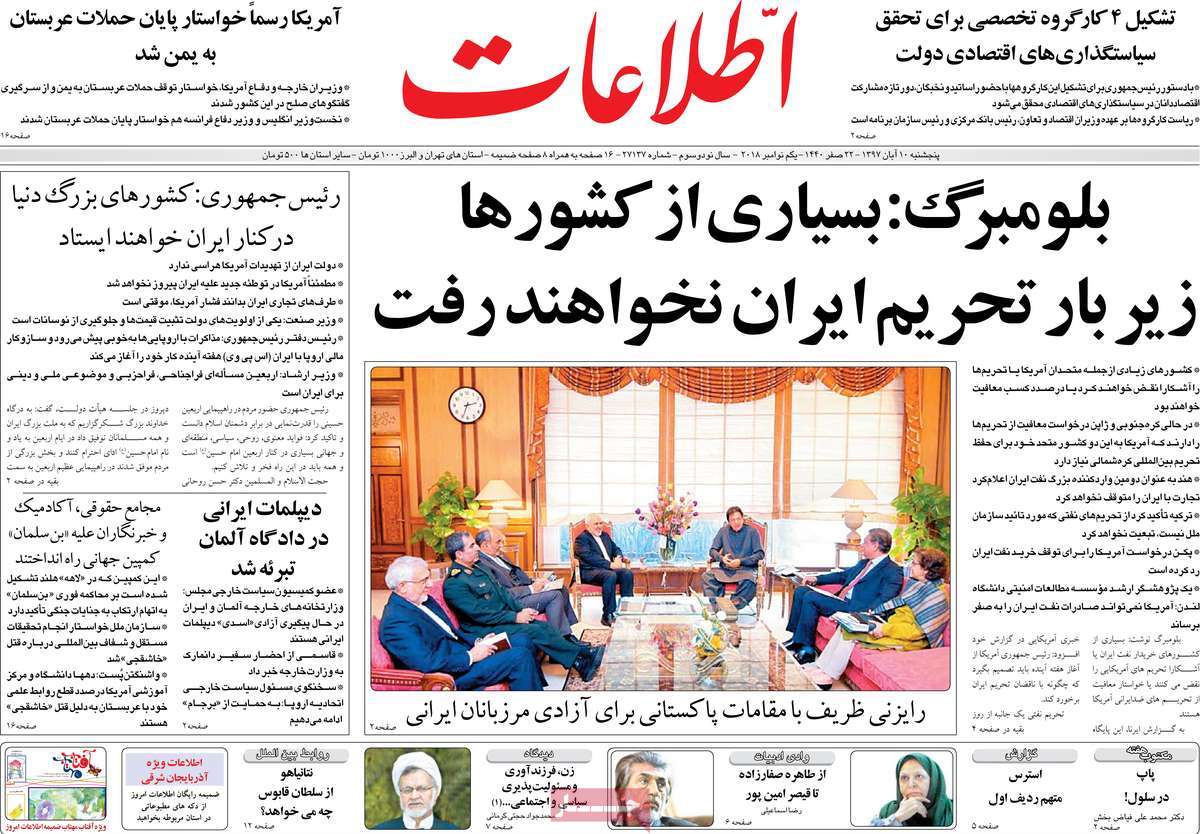 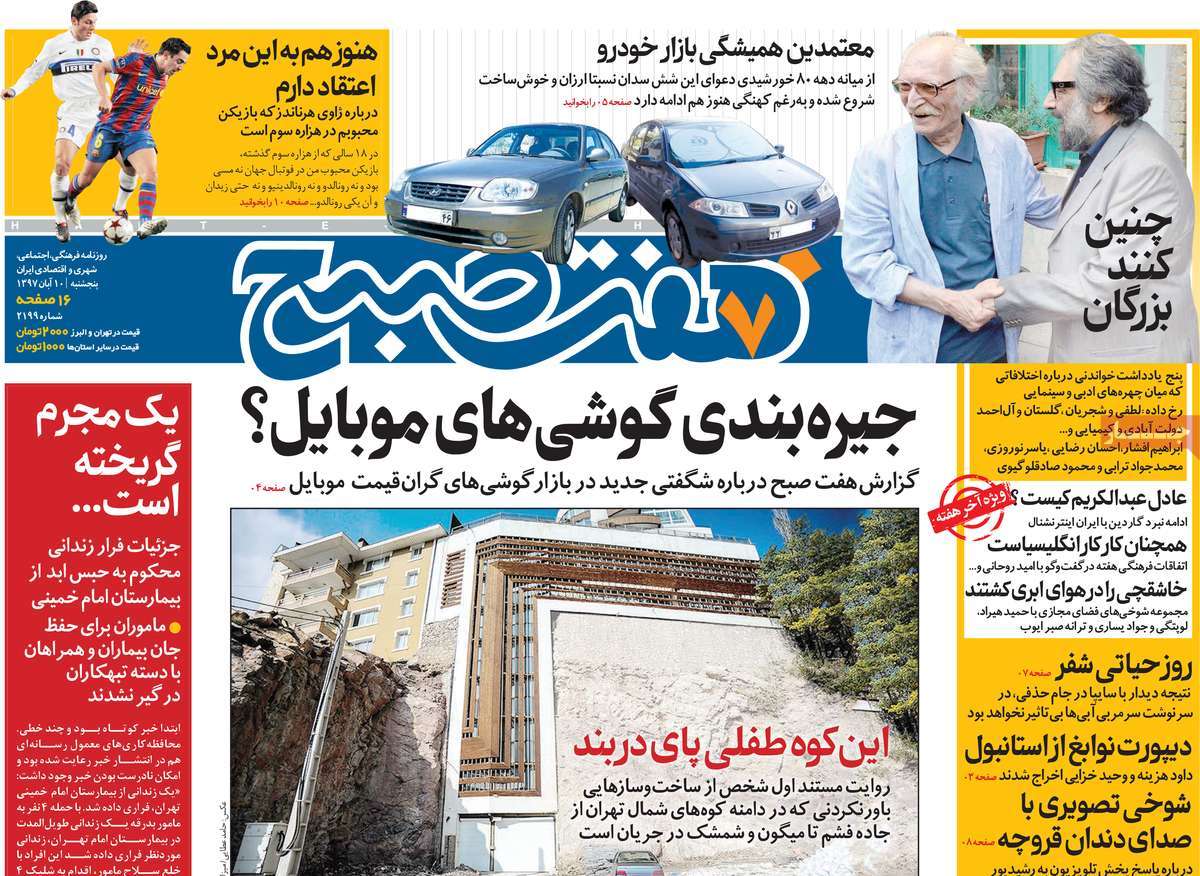 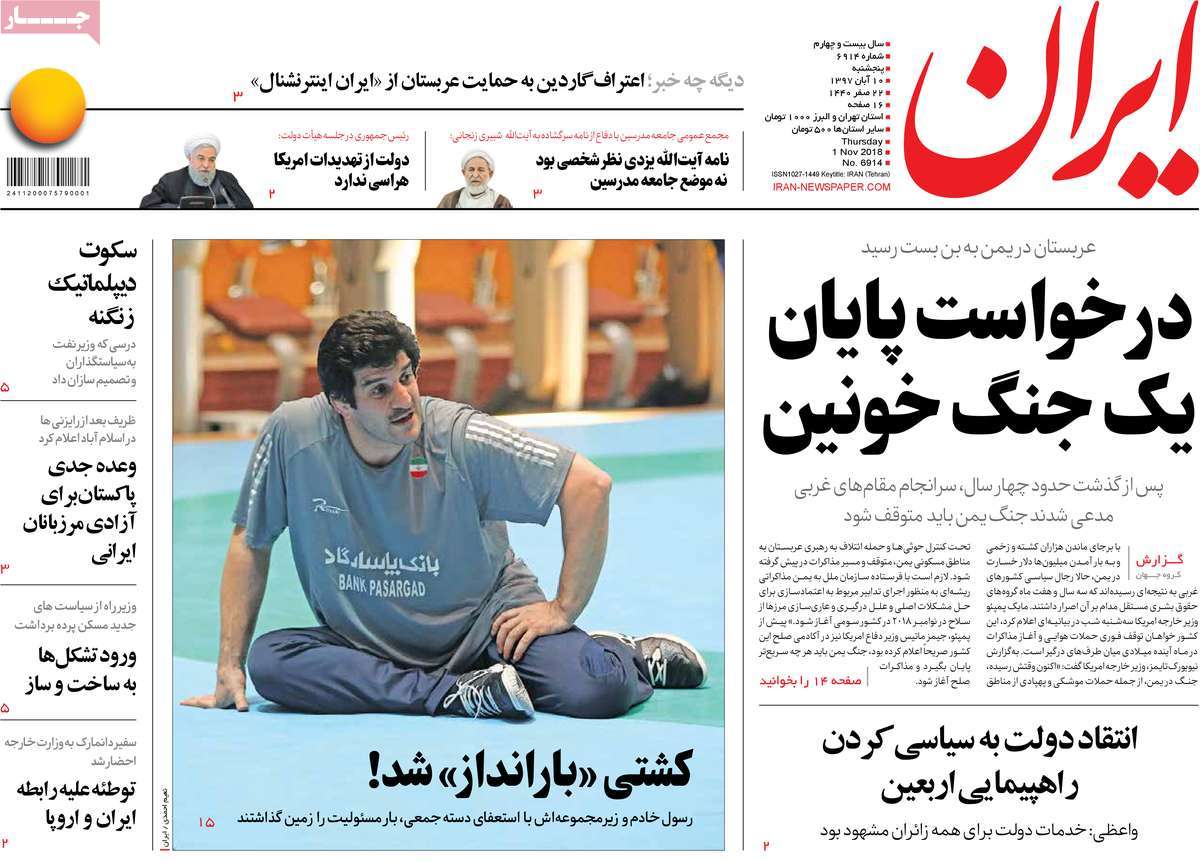 1- Secrets behind European Accusations against Iran 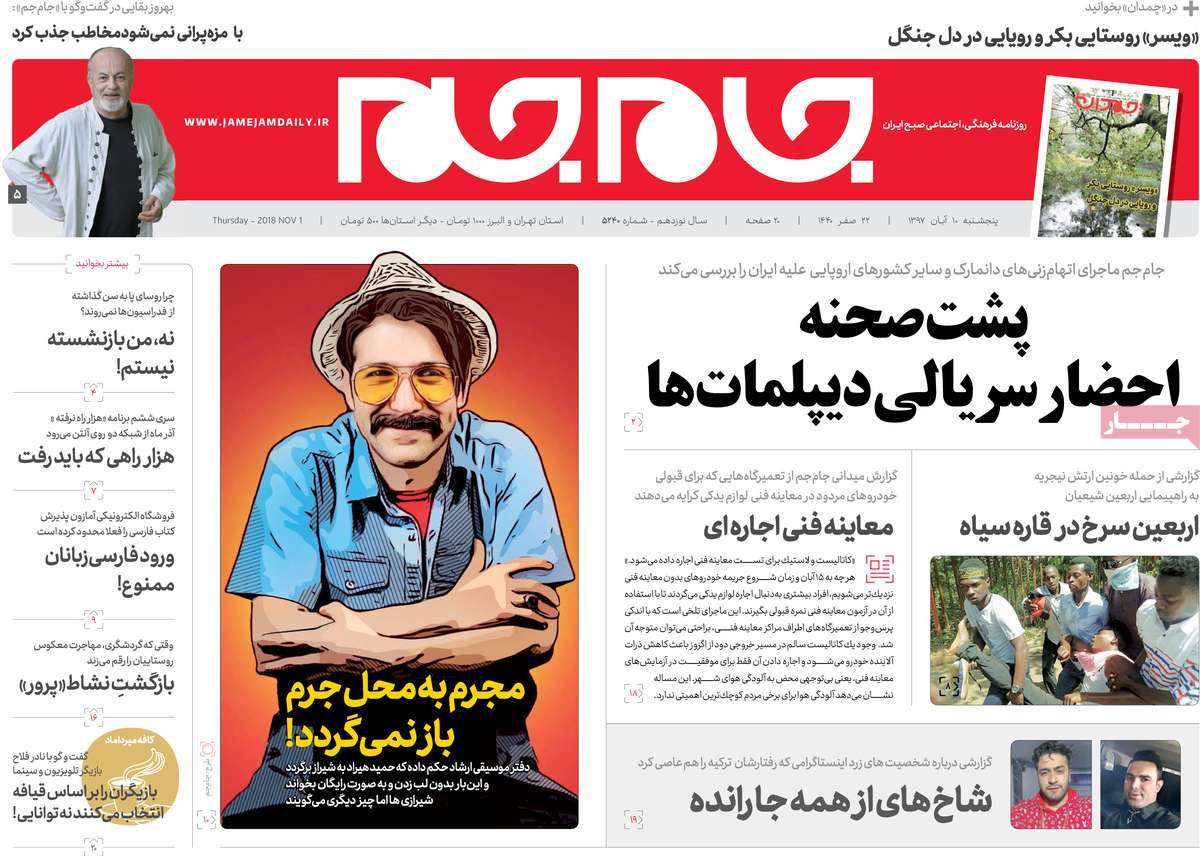 1- Rouhani: Iranian Nation Forced US to Back Down

4- IRGC to Build 1,130 Houses for Deprived People of Kurdistan 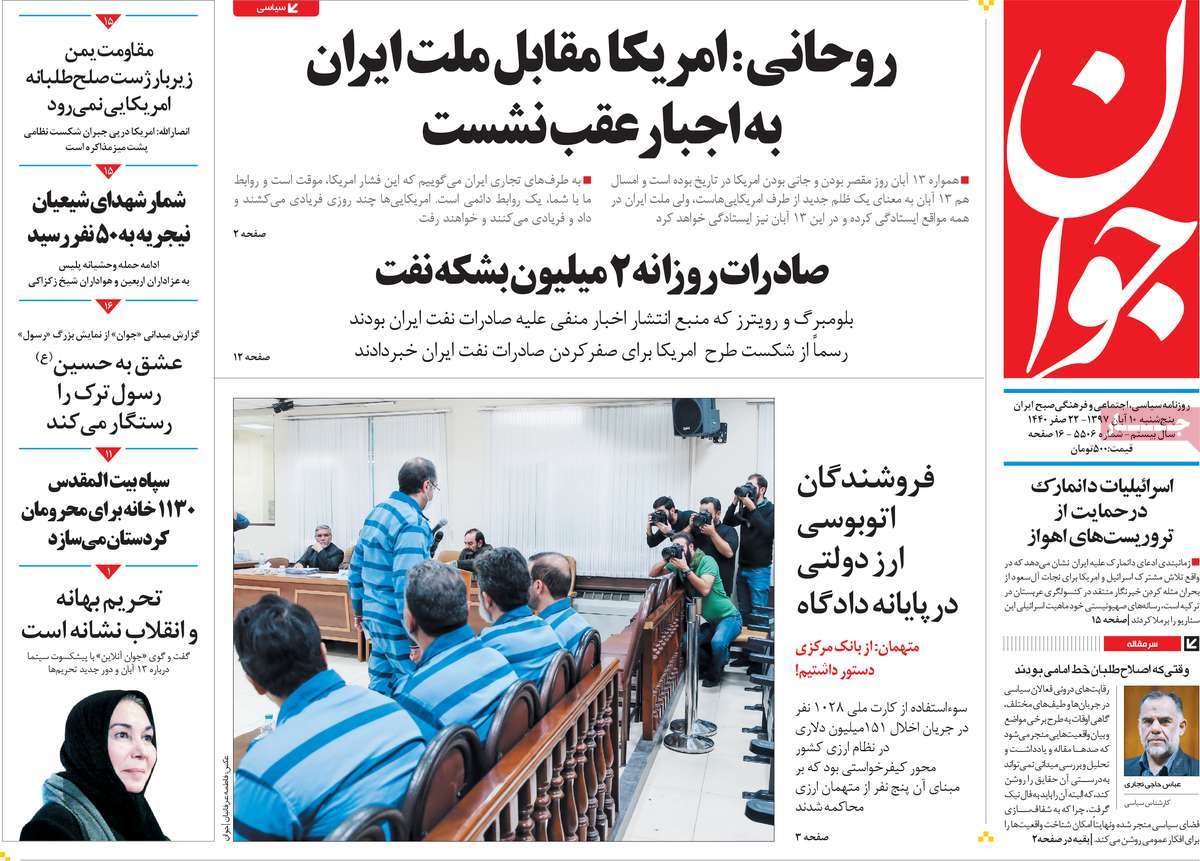 1- Nov. 4 Day of US Crime in Iran’s History: President

2- Yemeni People’s Resistance Force US, France to Back Off 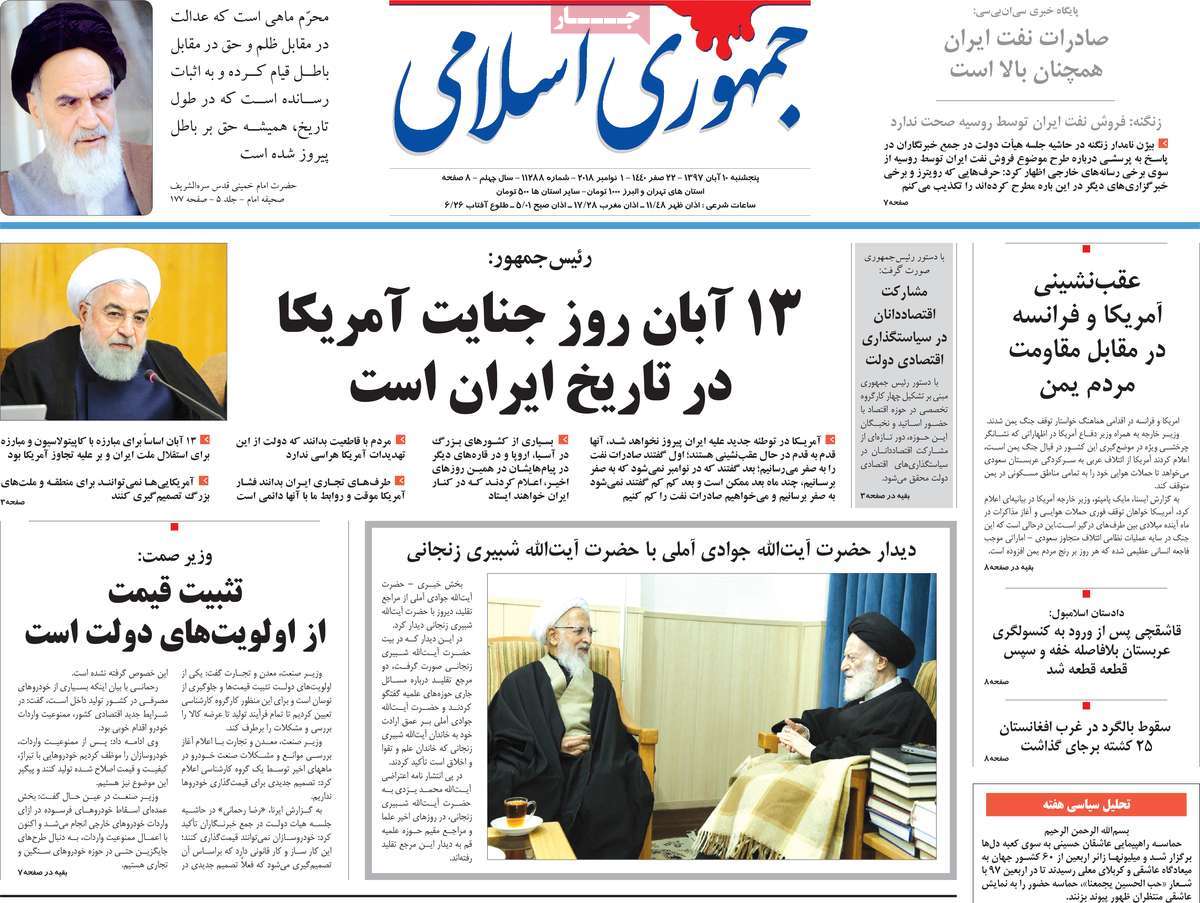 2- Failure of US Sanctions: Iran Exporting 1.8m Barrels of Oil per Day

3- US Officials Concerned about Growing Instability of Saudi Regime 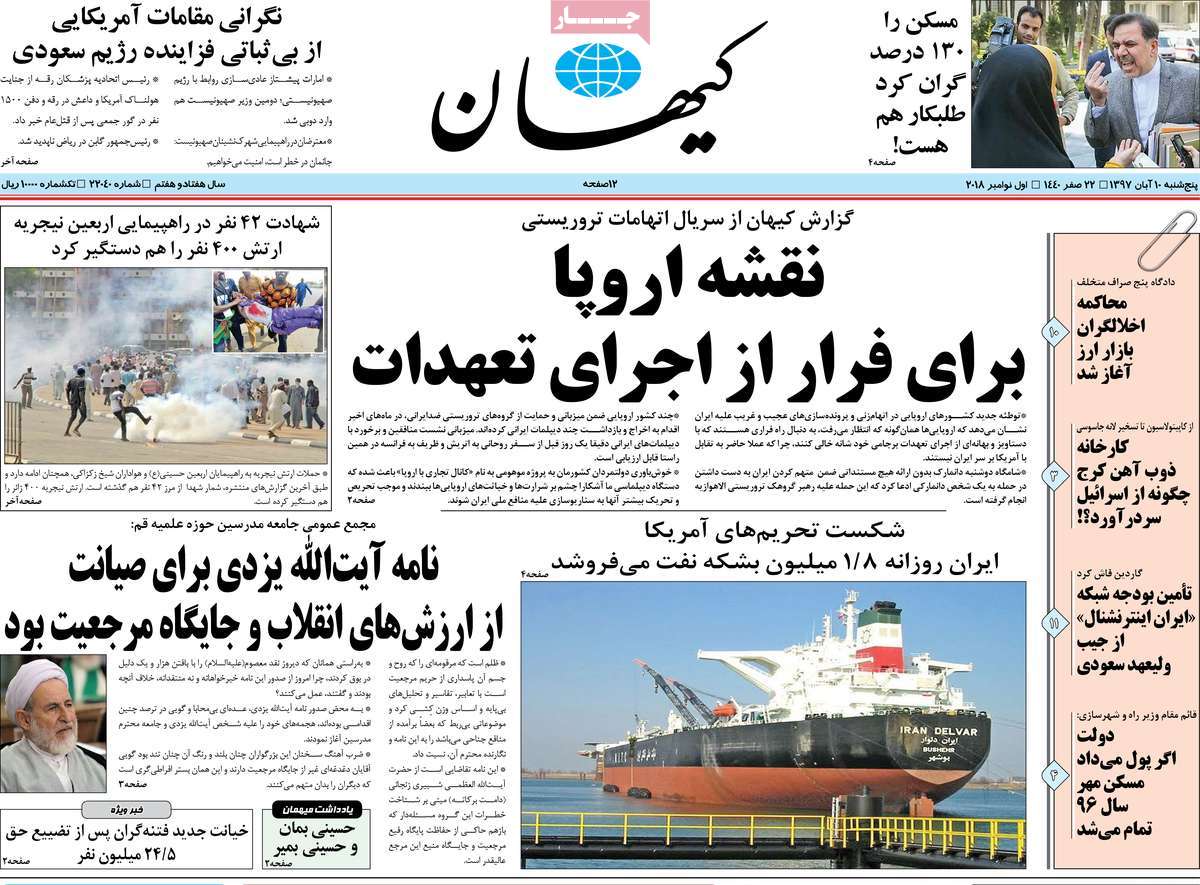 1- Iran, India to Create Financial Mechanism in Near Future

2- Turnabout in US’ Policies: Washington Calls for End of Yemen War 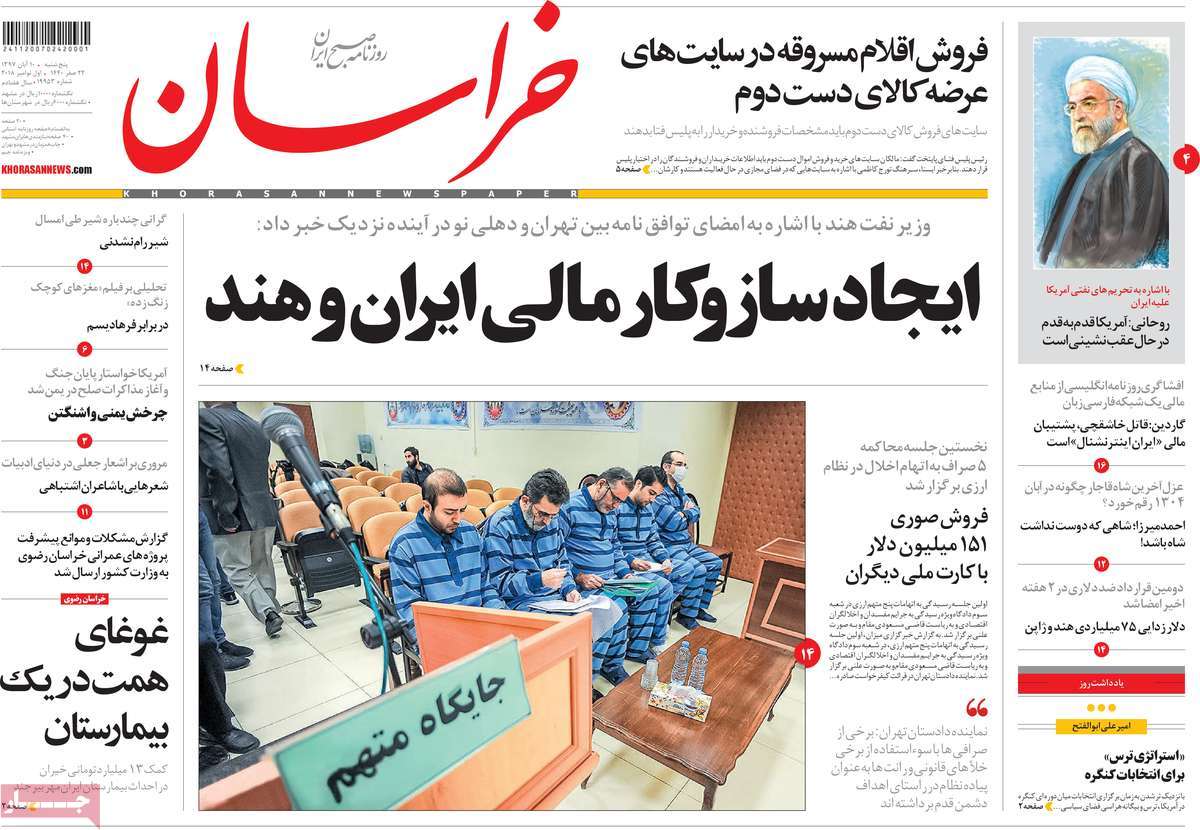 1- Government Not Afraid of US Threats: Rouhani

3- Young Muslim of Iranian Origin to Compete with Boris Johnson 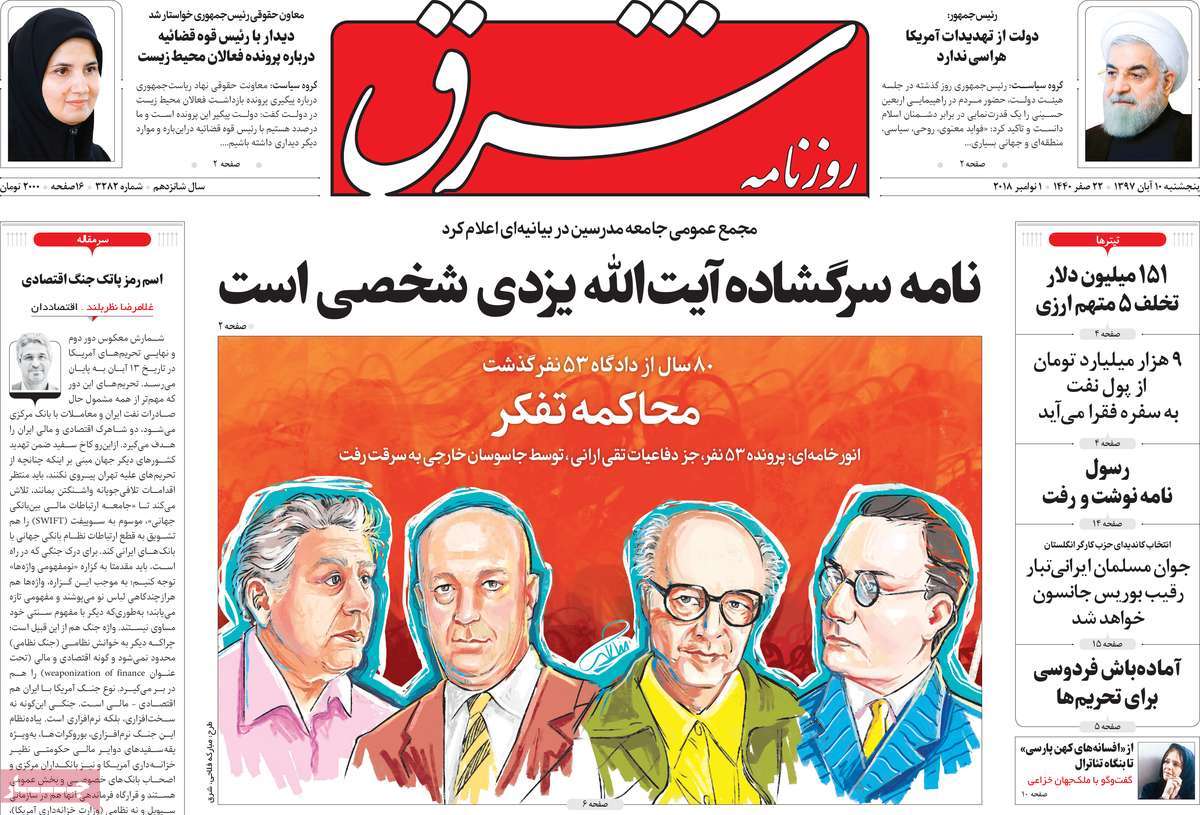 3- Europe Has One Hundred Faces [Editorial] 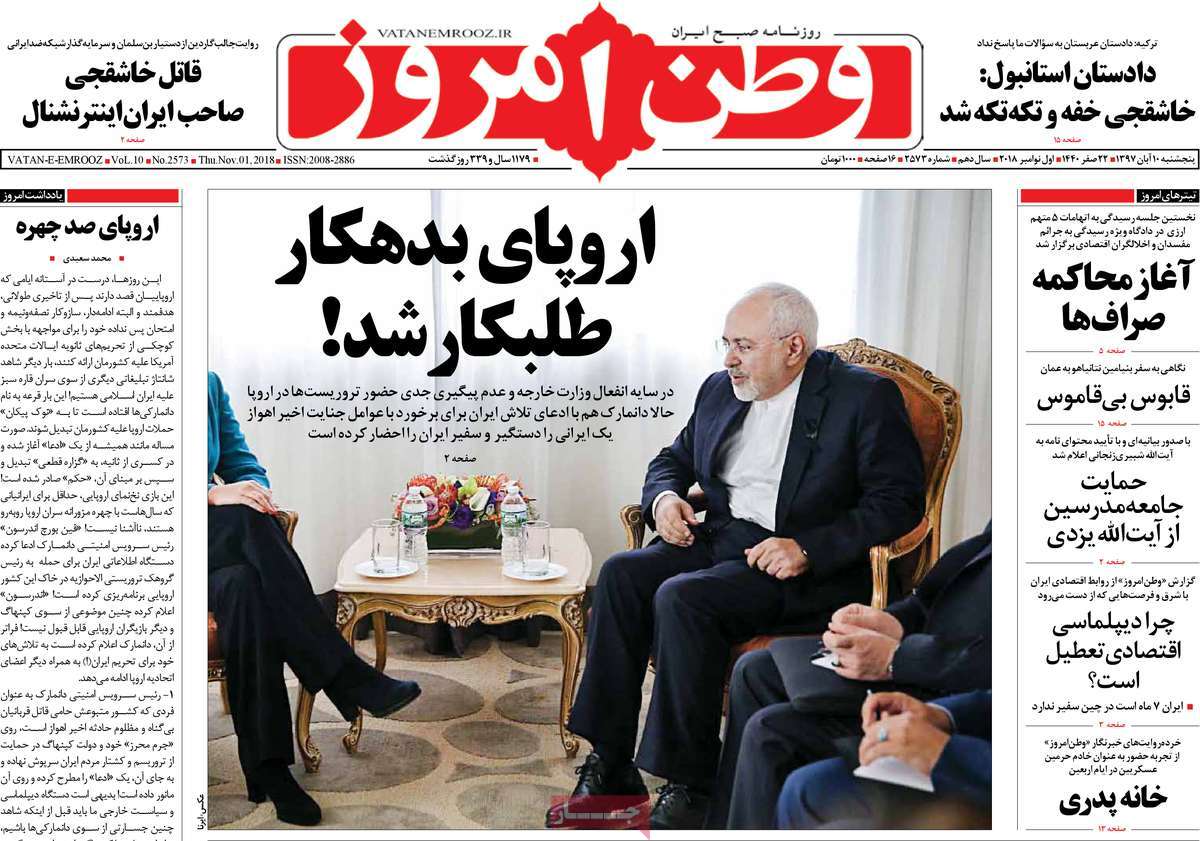