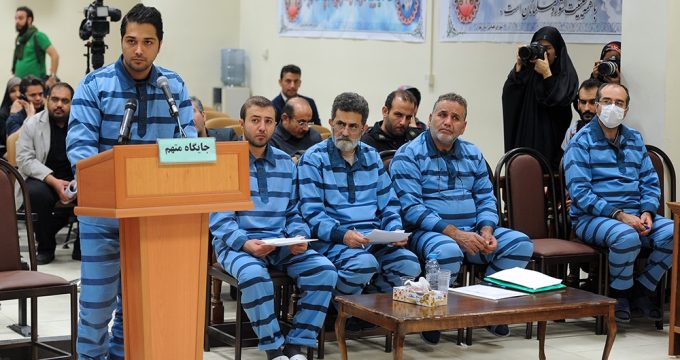 IRNA – The first open trial session of five economic disrupters accused of disturbing the foreign currency system of the country began on Wednesday.

The defendants are in charge of illegal trading of more than 151 million dollars by abusing 1028 of the Iranian citizens’ national identity cards.

The court is being held at Tehran’s Judicial Complex for Economic Affairs.

The first trail session of illicit mobile cell phone importers and another group of economic disrupters were held late August.

The currency brokers and a gang of Vahid Mazlumin, who has incurred damage to the country’s economy and is known as the King of Coin, was held on September 8 and the defendants were sentenced to death and prison.

Head of Tehran’s justice administration Gholamhossein Esmaili had previously said that regardless of the impact of the execution of the penalties on the society, it is our best endeavor to enforce legal proceedings in accordance with the rules and regulations, and bring the perpetrators to justice.