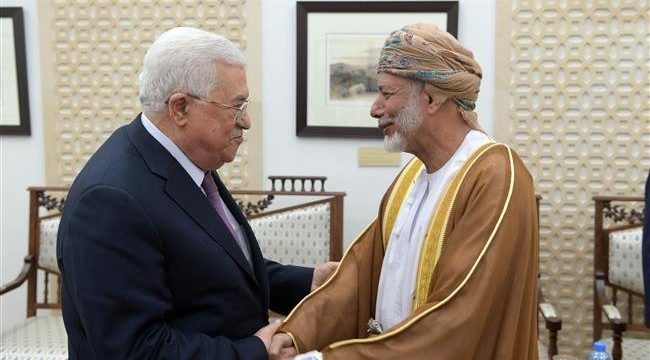 Netanyahu paid a secret visit to Oman on October 26 along with senior officials, including the head of the Mossad spy agency. It was the first meeting of this kind since 1996.

Bin Alawi’s visit to Ramallah comes as the Palestinians have been concerned by Israel’s bid for rapprochement with Persian Gulf Arab countries.

Official Palestinian news agency WAFA gave no further details on the discussions held between the Omani minister and Abbas.

Oman and Israel reportedly had economic ties, but no diplomatic relations, in the aftermath of the 1993 Oslo Accord.

Tel Aviv has full diplomatic relations with only two Arab states, Egypt and Jordan, but reports suggest the regime is working behind the scenes to establish formal contact with Saudi Arabia and its allies.

On Sunday, Yousuf bin Alawi stressed that Oman was not mediating and just offering ideas to help Israel and the Palestinians to come together.

Several Palestinian officials on October 28 condemned attempts to normalize relations between Tel Aviv and Arab countries, with Hamas denouncing Oman’s hosting of “the head of Zionist crime” a “stab in the back.”

In another sign of rapprochement between the Tel Aviv regime and Arab countries, the so-called Israeli anthem was also played for the first time at a judo tournament in Abu Dhabi, the capital of the United Arab Emirates, on October 28. Israeli sports minister Miri Regev attended the tournament, marking the first time a minister from Israel attends a sports event in the Persian Gulf, according to Israeli officials.