A Look at Iranian Newspaper Front Pages on October 31

Iran Front Page – IFP has taken a look at the front pages of Iranian newspapers on Wednesday, October 31, 2018, and picked headlines from 13 of them. IFP has simply translated the headlines and does not vouch for their accuracy.

Newspapers today widely covered the gathering of some 20 million Shiite pilgrims in the Iraqi city of Karbala to mark Arba’een, the 40th day after the martyrdom of Imam Hussein, the third Shiite Imam.

Also a top story was speculations about the launch of Europe’s payment mechanism, which is aimed at bypassing the US sanctions against Iran.

2- Trumpism Wins in Brazil amid Failure of Incompetent Leftists [Editorial] 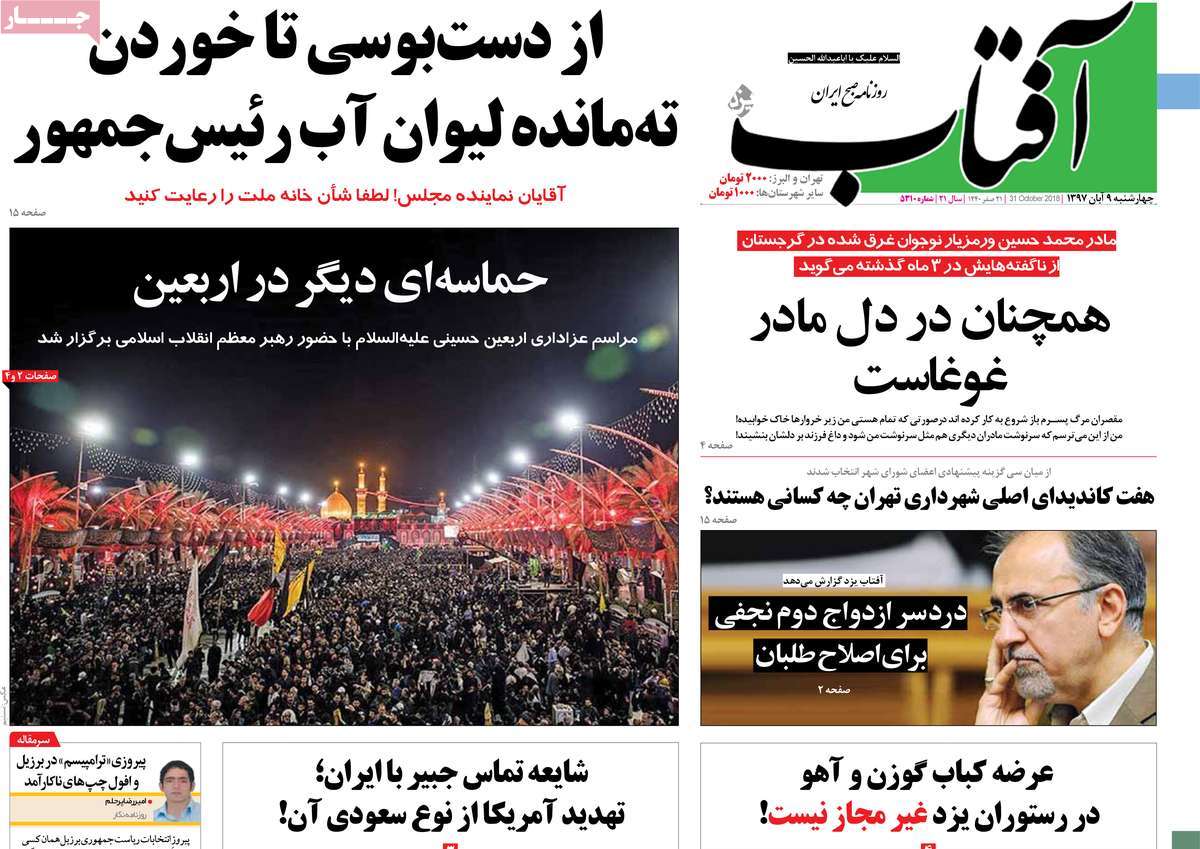 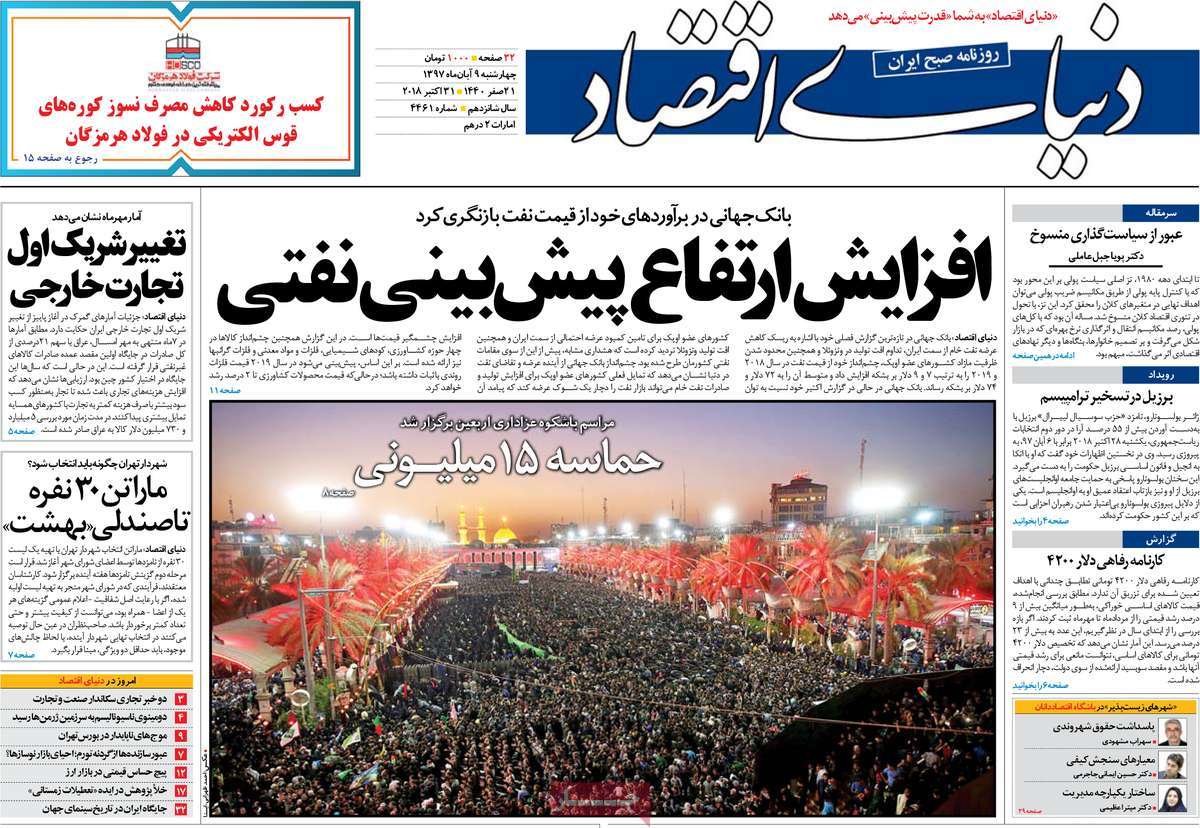 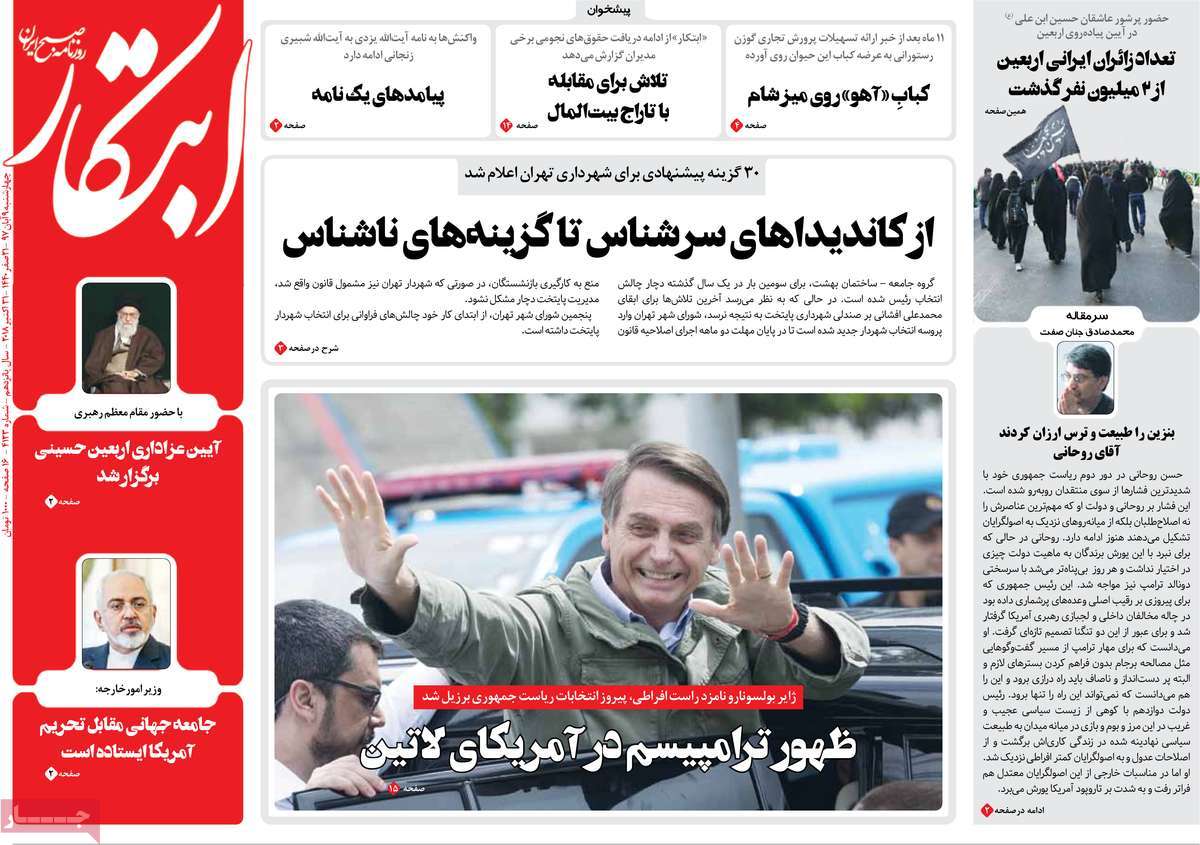 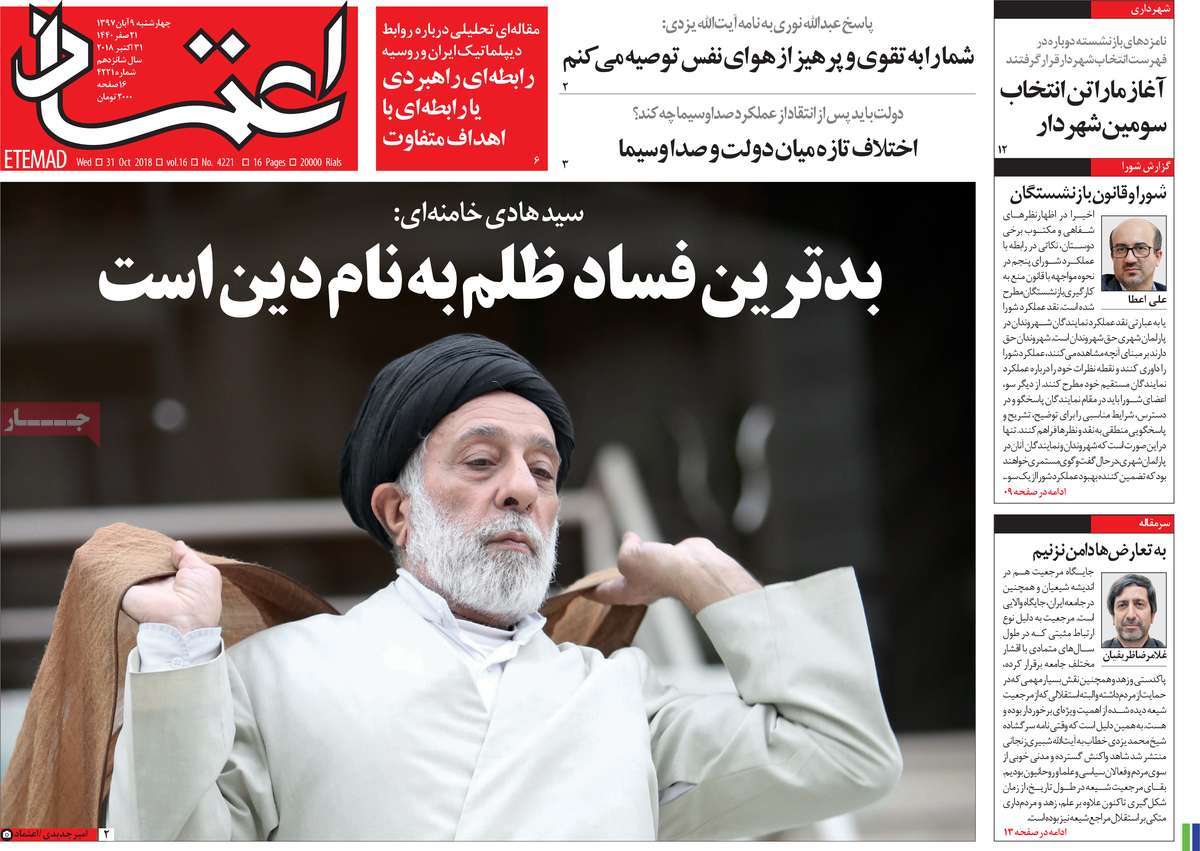 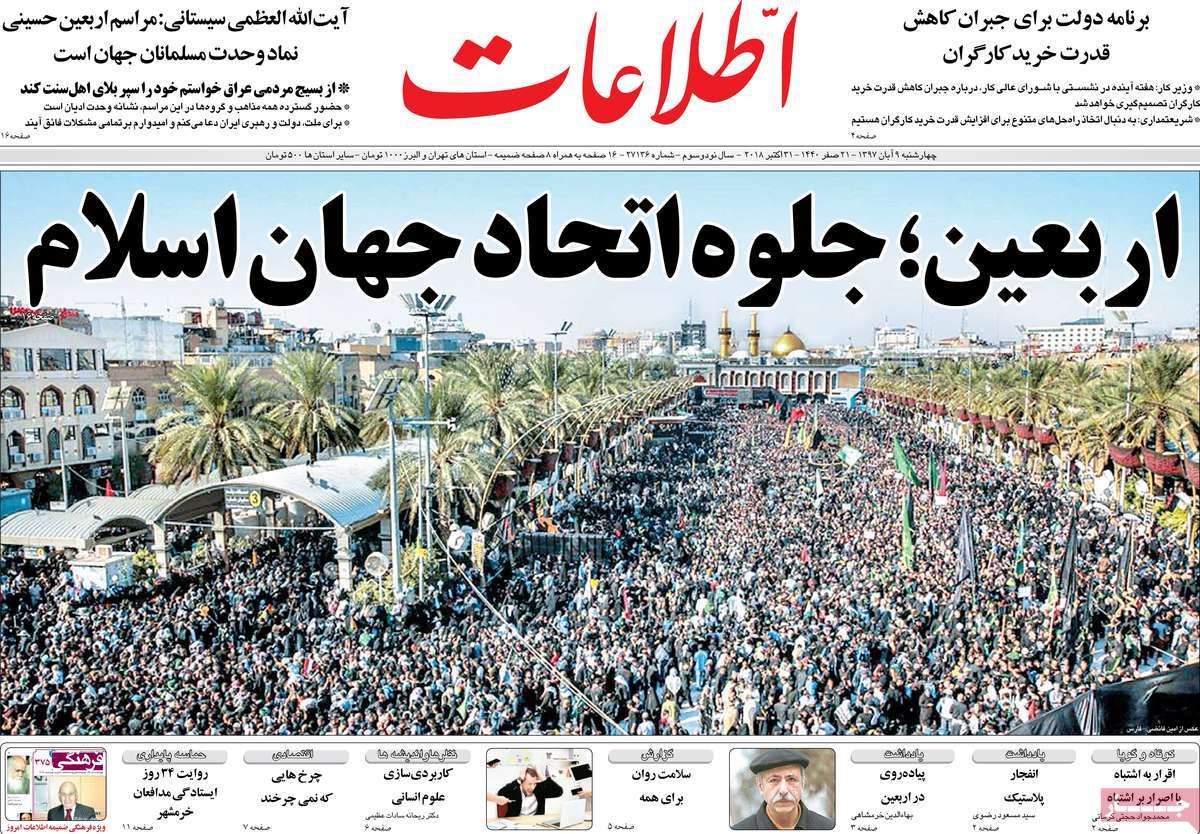 1- Turkish FM: Saudis Have Confessed to Everything

2- Iran Human Rights Chief: Sanctions Not to Stop Us 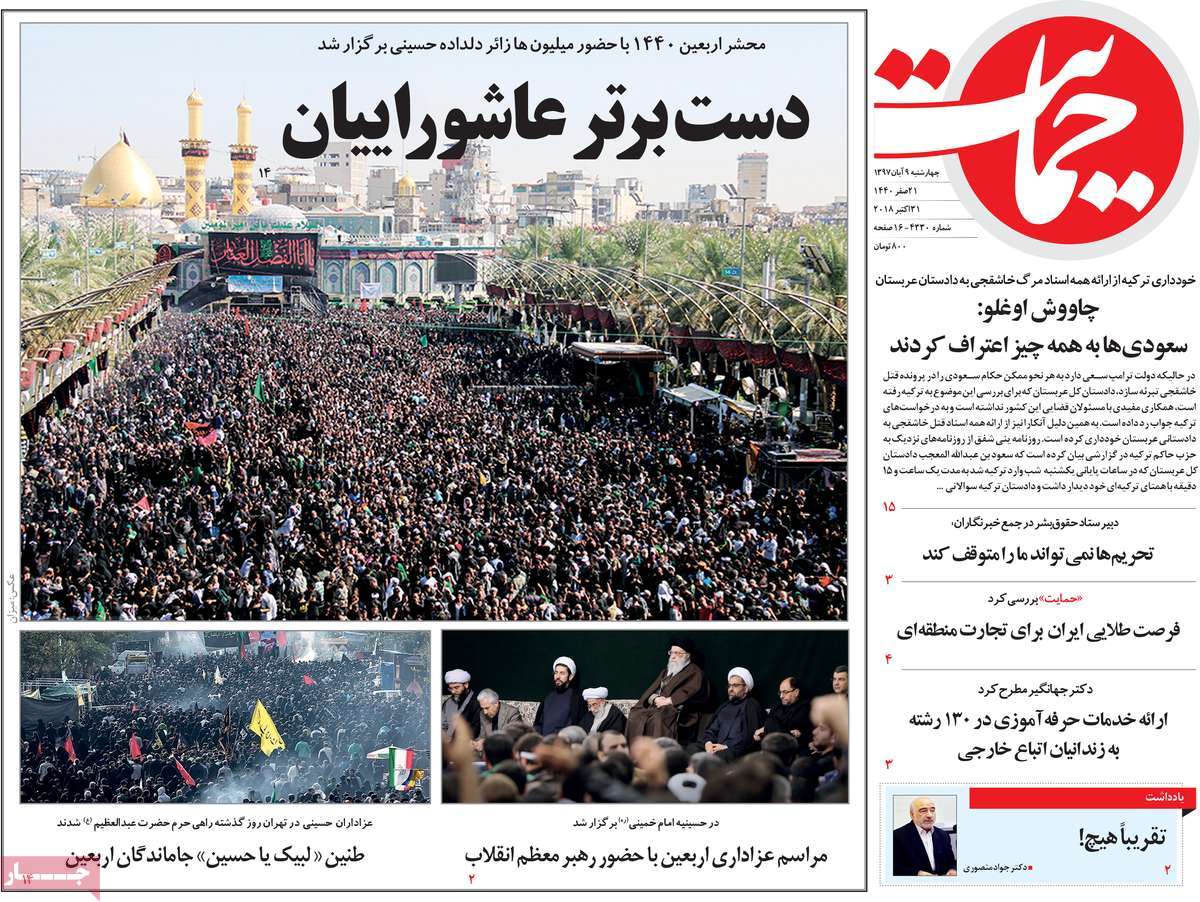 2- Radicals Rise in Three Continents: From Brazil to Germany, from Philippines to US 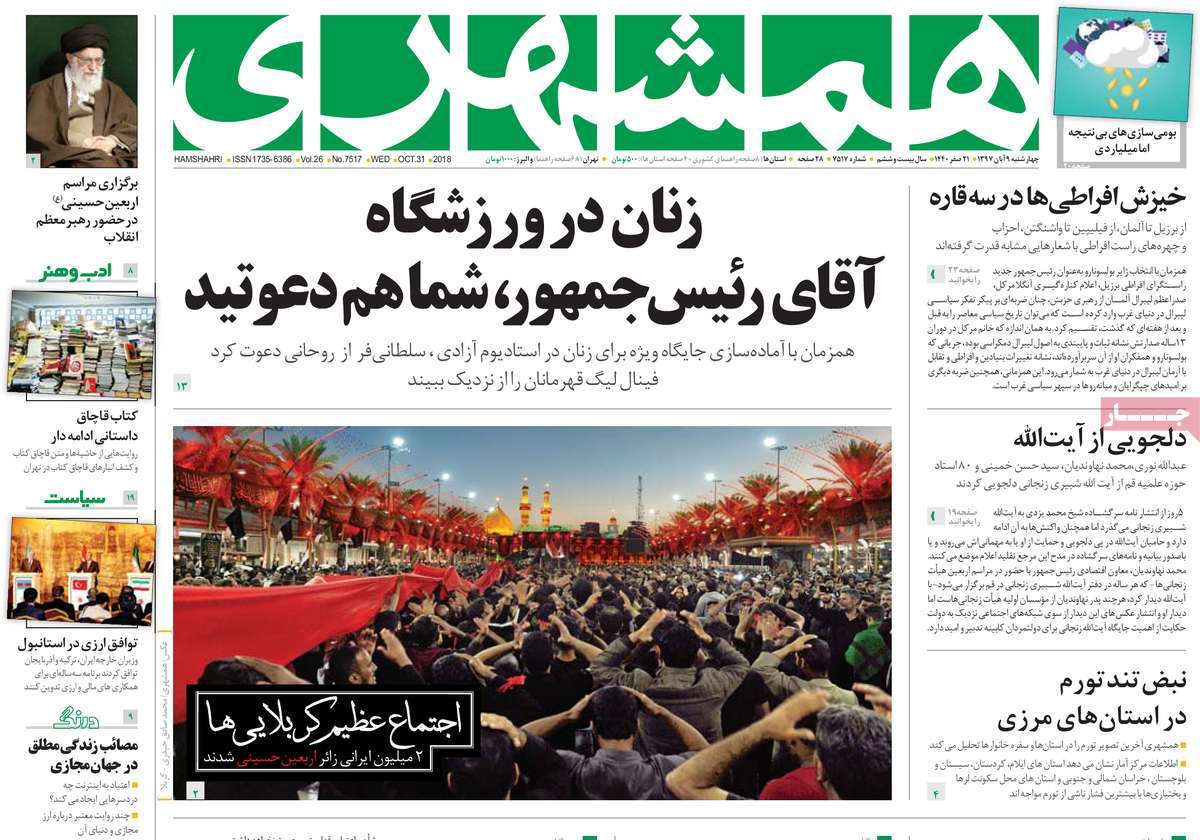 2- Europe to Bid Farewell to Merkel 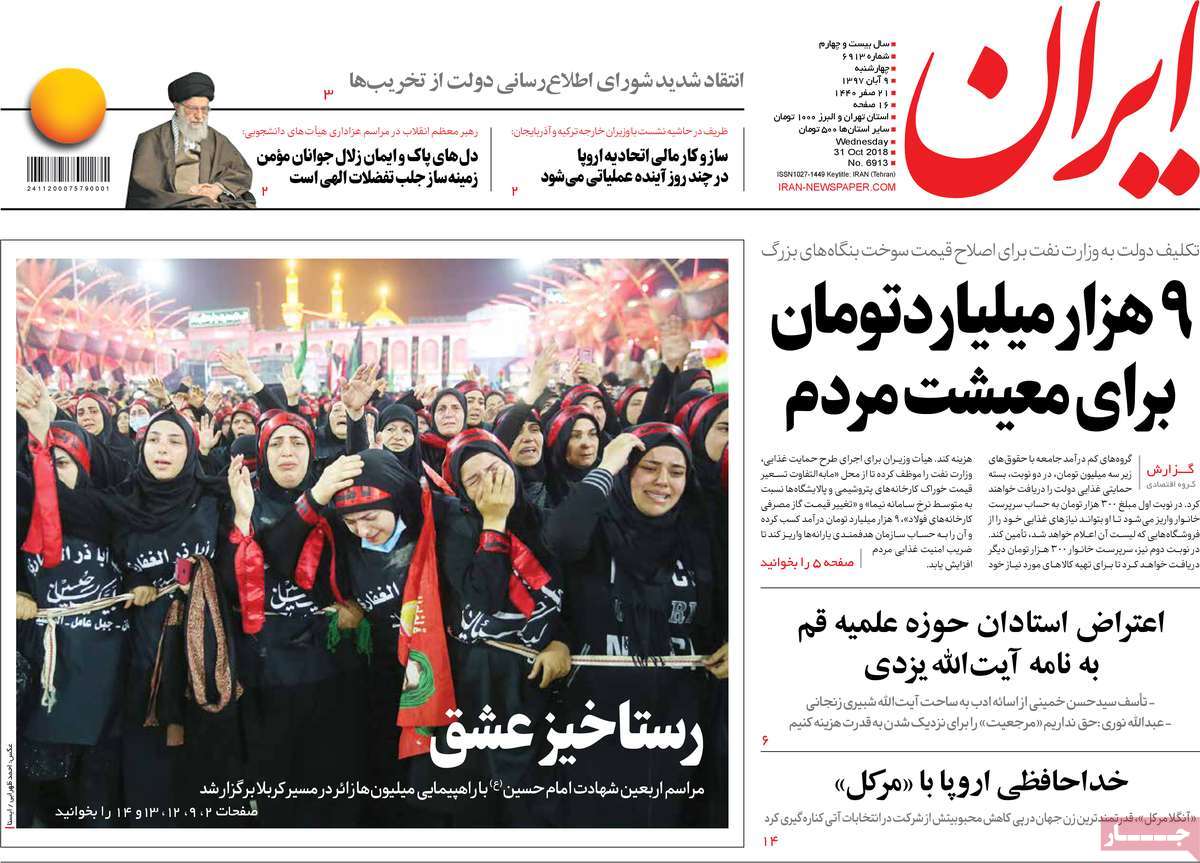 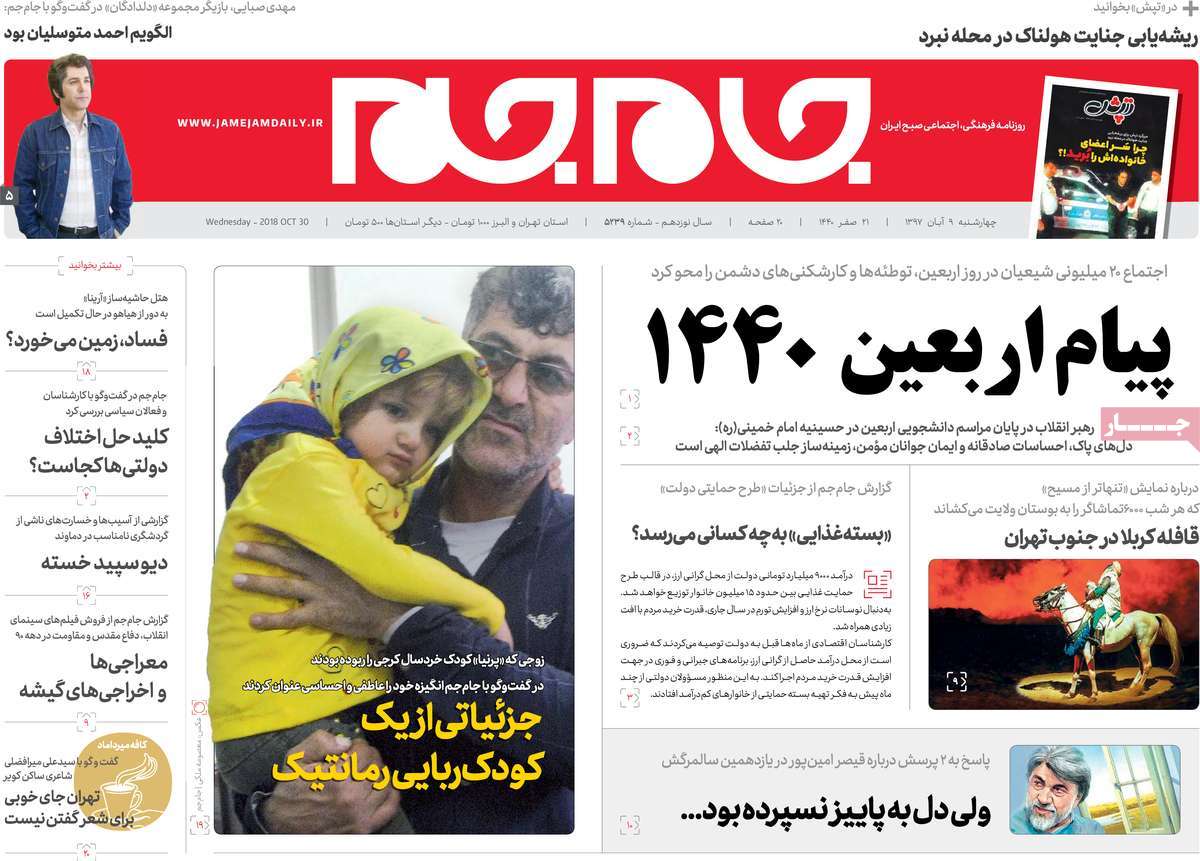 1- EU Killing Time in Launching Mechanism for Bypassing US Sanctions 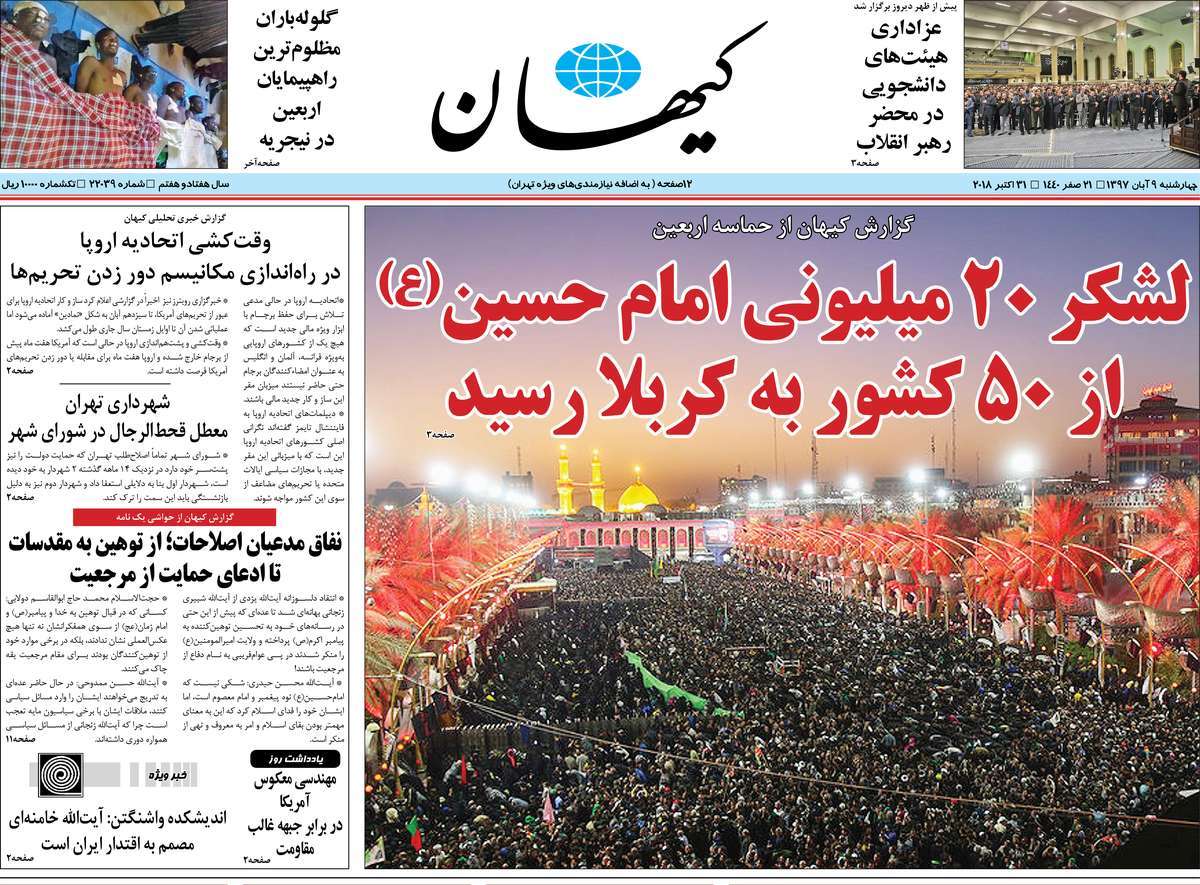 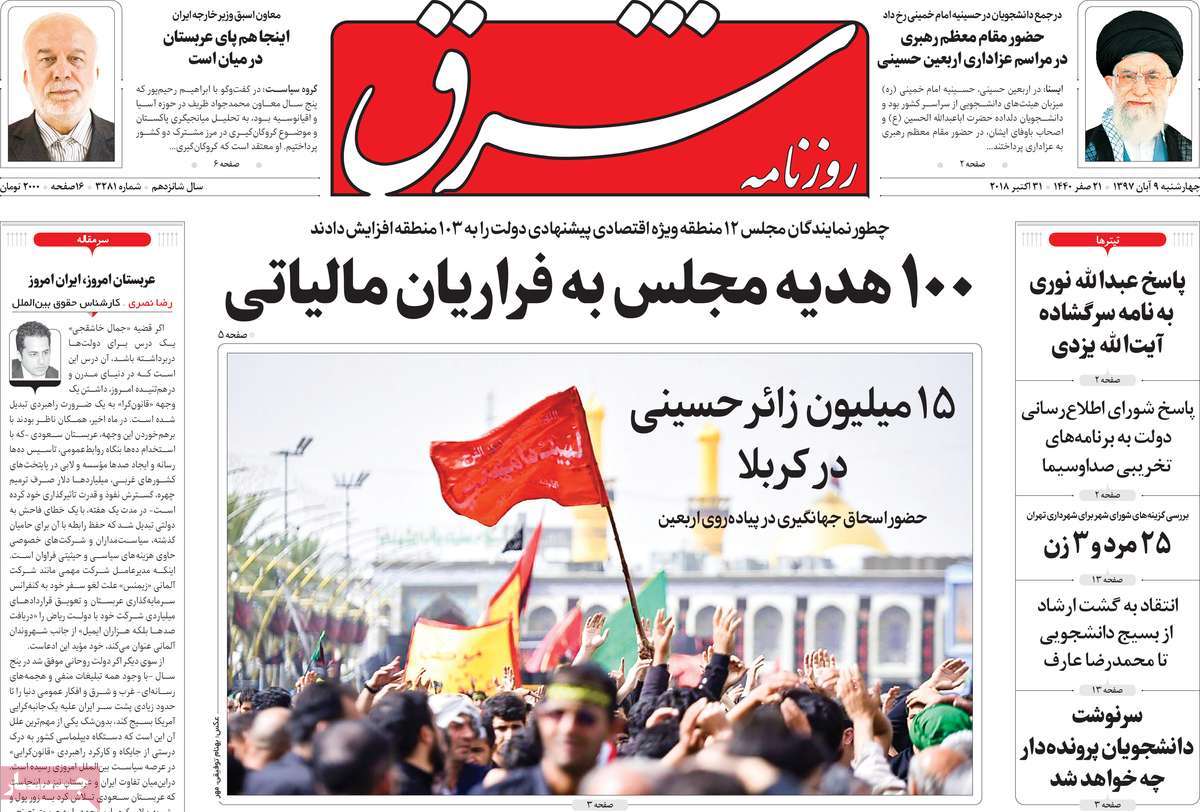 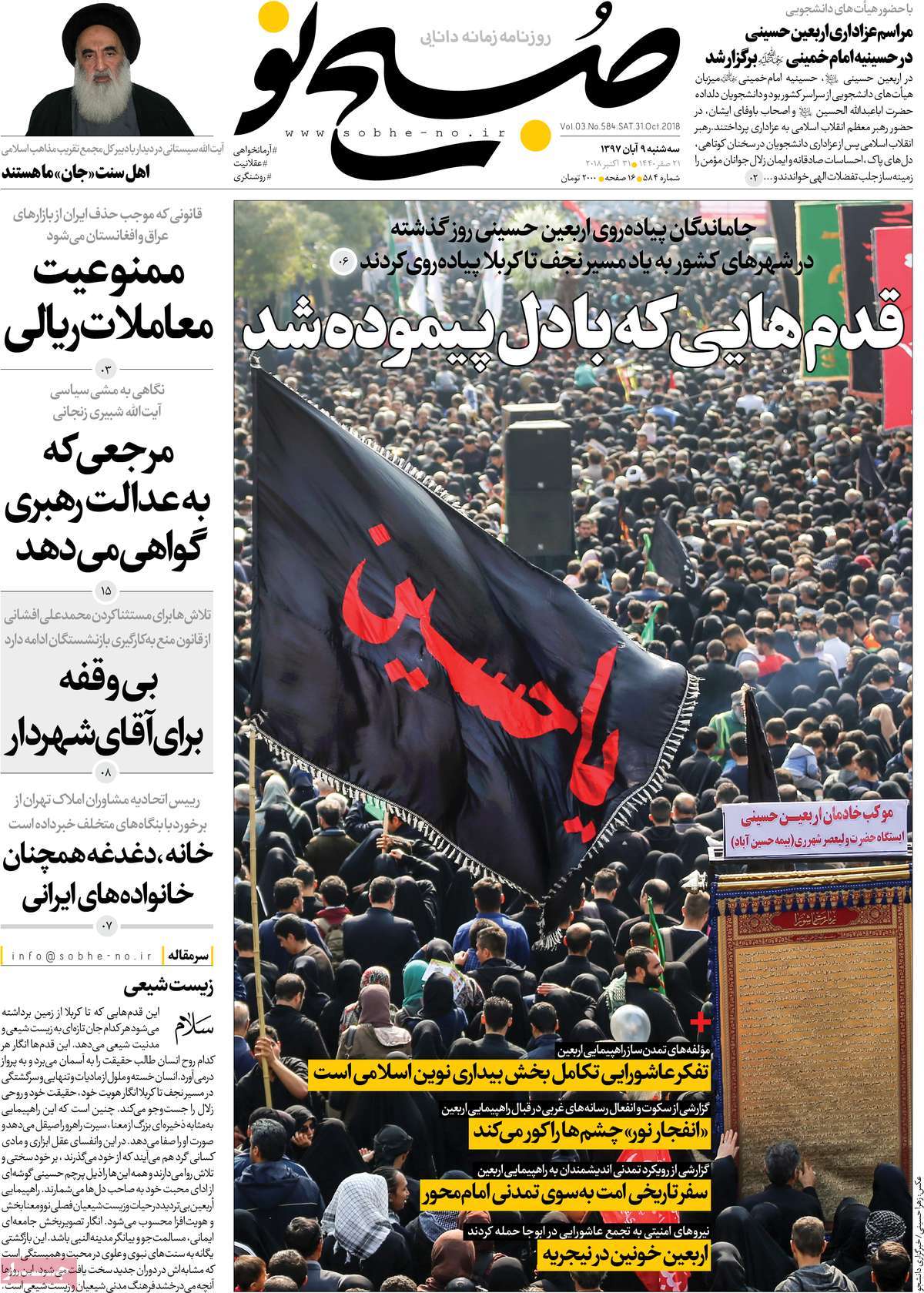