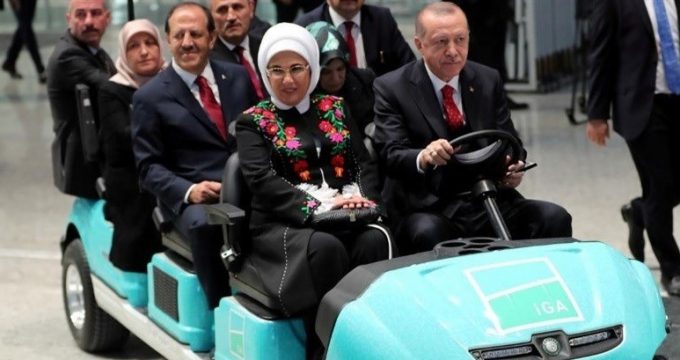 Attending the opening ceremony on behalf of the Iranian government, Zarif joined a number of presidents, foreign ministers, and other high-ranking officials from several countries in the gathering.

The ceremony was hosted by Turkish President Recep Tayyip Erdogan.

The Turkish leader opened the new $11.7 billion airport outside Istanbul that officials say will be one of the world’s busiest.

The airport will be able to handle 90 million passengers a year, and can be expanded to accommodate as many as 200 million, Erdogan said.

For the first two months, however, it will be used for just a few flights within Turkey and to Azerbaijan and northern Cyprus.

Speaking at the opening ceremony, Erdogan said the hub would be called “Istanbul Airport”, and that it would further Turkey’s role in the integration of global economies.