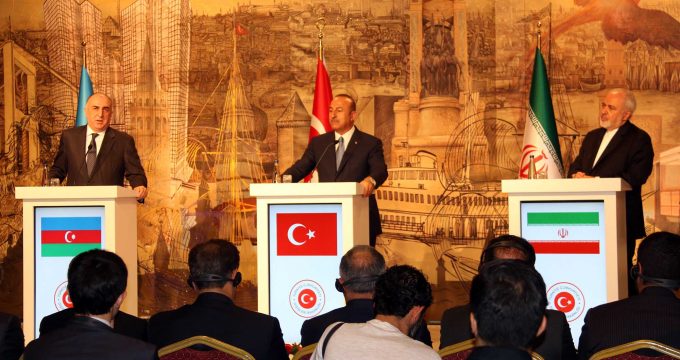 Tasnim – Foreign ministers of Iran, Turkey and the Republic of Azerbaijan held a trilateral meeting in the Turkish city of Istanbul on Tuesday morning.

Heading a diplomatic delegation, Zarif arrived in Istanbul on Monday.

During the five previous gatherings, Iran, Turkey and Azerbaijan exchanged views on a broad range of issues in various economic fields including transit, transportation, energy, and customs, as well as political issues.

The three neighbors have also coordinated political cooperation on regional issues like contributing to peace and stability in the region.