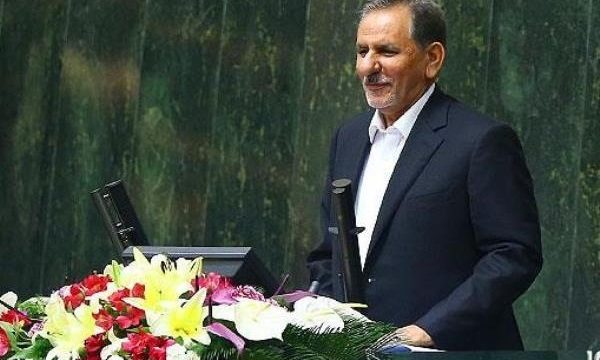 MNA – First Vice President Es’hagh Jahangiri said that free and special economic zones enjoy high capacities and are a great opportunity for the development of the country.

Free and special economic zones can play a leading role in sanctions period, the issue of which should be taken into consideration, Jahangiri noted.

Speaking in a meeting of Supreme Council of Free Trade-Industrial and Special Economic Zone on Monday, he placed special emphasis on the key role of these zones in sanctions period in particular.

He termed observing environmental considerations in setting up new towns and zones in the country as ‘significant’.

Pointing to the environmental issues in Assaluyeh Special Economic Zone, he said, “effective steps should be taken for improving the living conditions of residents of these zones in the country.”

The meeting also was attended by the Minister of Justice Alireza Avayi, head of Cultural Heritage, Tourism and Handicrafts Organization (CHTHO), chief of the Department of Environment (DoE), governor general of Yazd province and also president of the Islamic Republic of Iran Customs Administration (IRICA).

In this meeting, financial statements and report of the performance of the Board of Directors of Arvand, Anzali, Aras, Maku, Kish, Qeshm and Chabahar free trade-industrial zones were approved for the fiscal year closing on March 20, 2018.