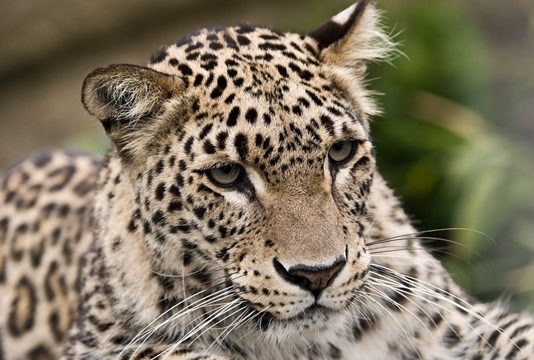 MNA – A Persian leopard has been spotted in the mountainous habitats of Taleghan county in Alborz province, northwest of Tehran.

According to Fardin Hakimi, chief of the Alborz province department of environment (DoE), the image of the rare species was captured by camera traps in the no-hunting area on Sunday.

The official said this is the third time that a Persian leopard has been detected in the area in the past six months, raising hopes for the environmentalists and those caring for the endangered animal.

Persian leopards are among the most endangered species in the world. It has been listed as “endangered” in the red list of the International Union for Conservation of Nature. Iran is one of their main habitats.

Reduced prey population and shrinkage of their natural habitat are threatening the big cats. Bamou National Park in the southern Fars province is one of the main habitats of the Persian leopard.