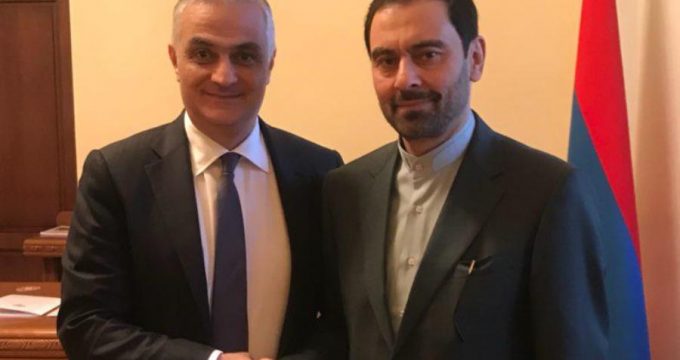 Both sides reviewed Iran’s active participation in Eurasia economic projects, ways to remove obstacle to both countries’ cooperation and paving the way for bilateral economic activists.

Sajjadi hailed growth in Tehran-Yerevan trade ties, saying accession of Iran to Eurasian Economic Union and also creating economic free zone in Meghri will play a key role in promoting trade relations between Tehran and Yerevan and with other countries of the region.

He expressed the Armenian government’s readiness for developing economic cooperation with Iran and making efforts to remove trade impediments.