Iran Front Page – IFP has taken a look at the front pages of Iranian newspapers on Monday, October 29, 2018, and picked headlines from 13 of them. IFP has simply translated the headlines and does not vouch for their accuracy.

The top story in all papers today was the ceremony of Arba’een, the fortieth day after the martyrdom of Imam Hussein, which will be marked on Tuesday in the Iraqi city of Karbala, with millions of pilgrims from across the world gathering in the holy shrine after a long march.

Several papers today covered the remarks made by Leader of Iran’s Islamic Revolution Ayatollah Seyyed Ali Khamenei about the significance of passive defence.

Also a top story was the energy bourse of Iran, where at least 280,000 barrels of crude oil were sold on the first day of its work. 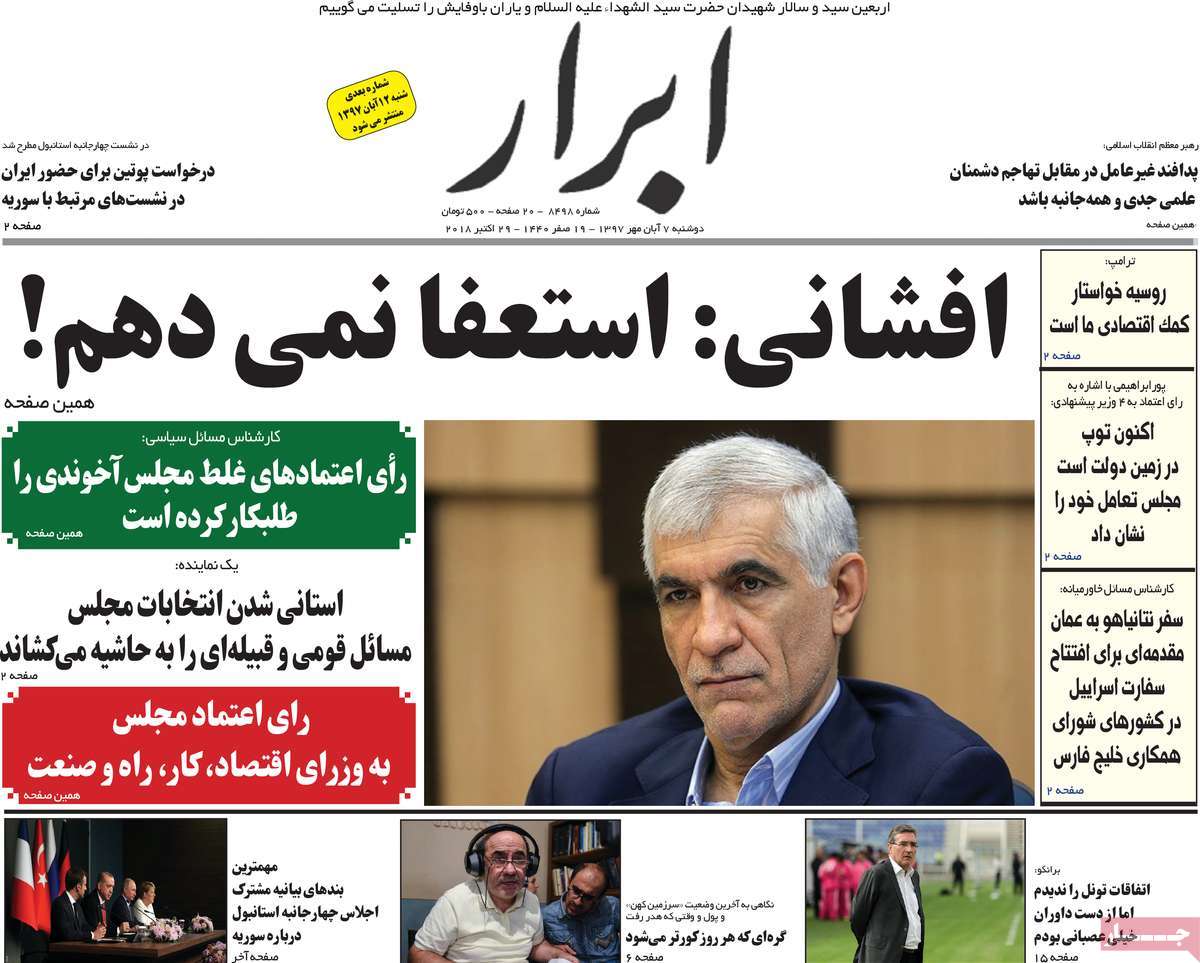 1- Rouhani’s First VP: We’ll Sell Our Oil despite US Sanctions 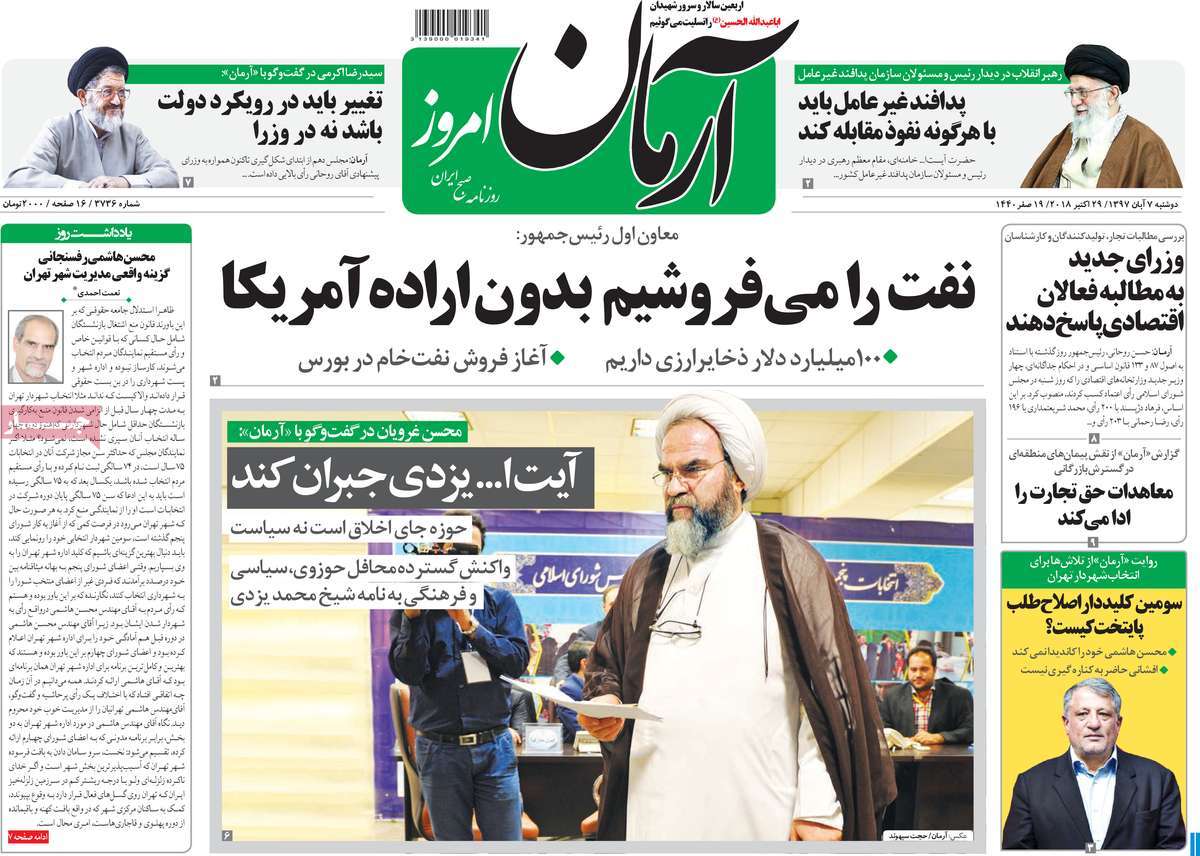 2- Export of Oil through Energy Bourse 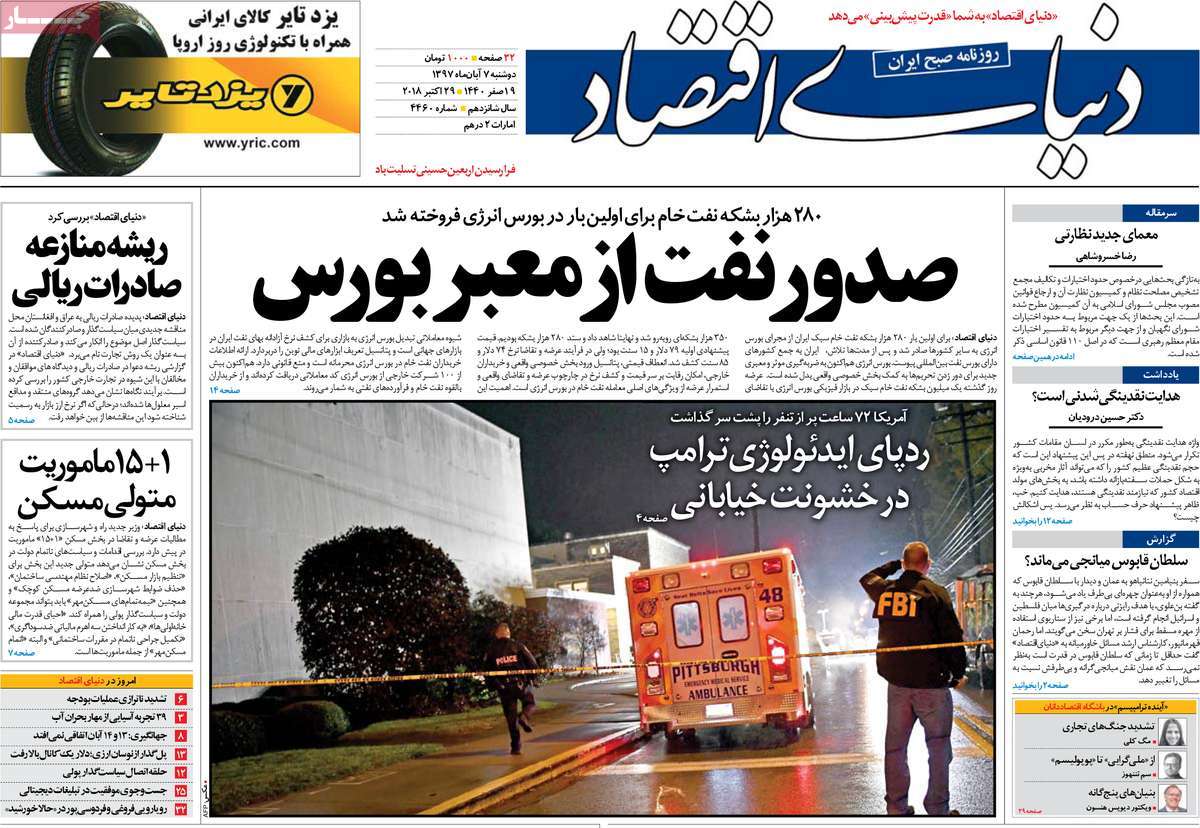 1- Love of Arba’een: World’s Greatest March to End Up in Karbala Tuesday 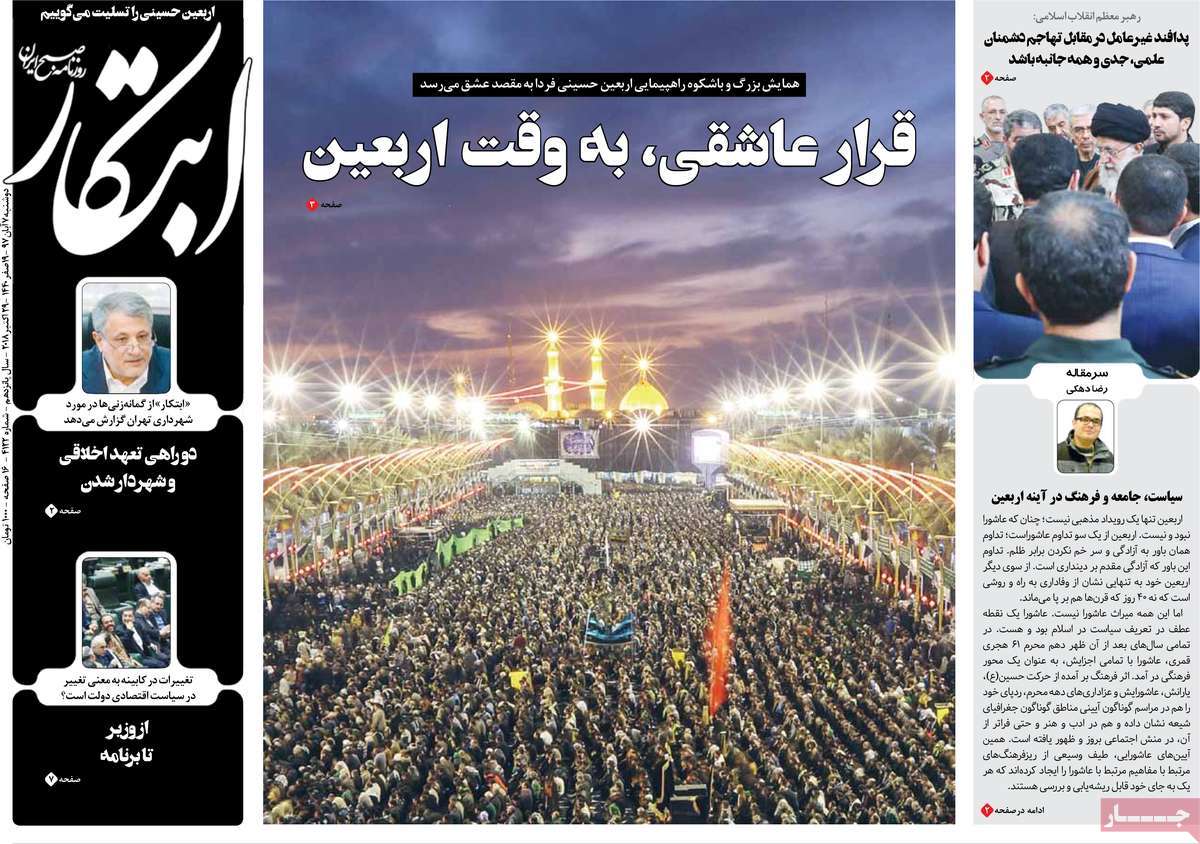 2- Iran First VP: Nothing to Happen after US November Sanctions 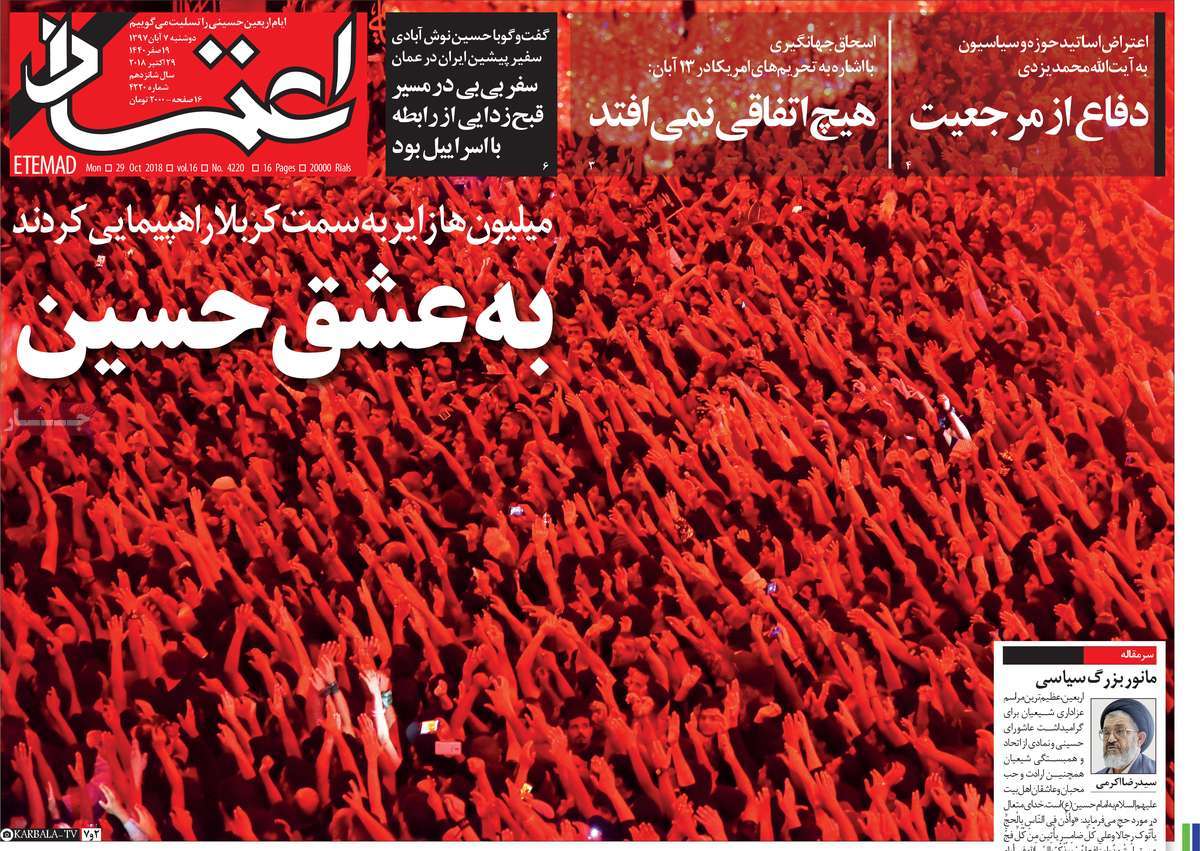 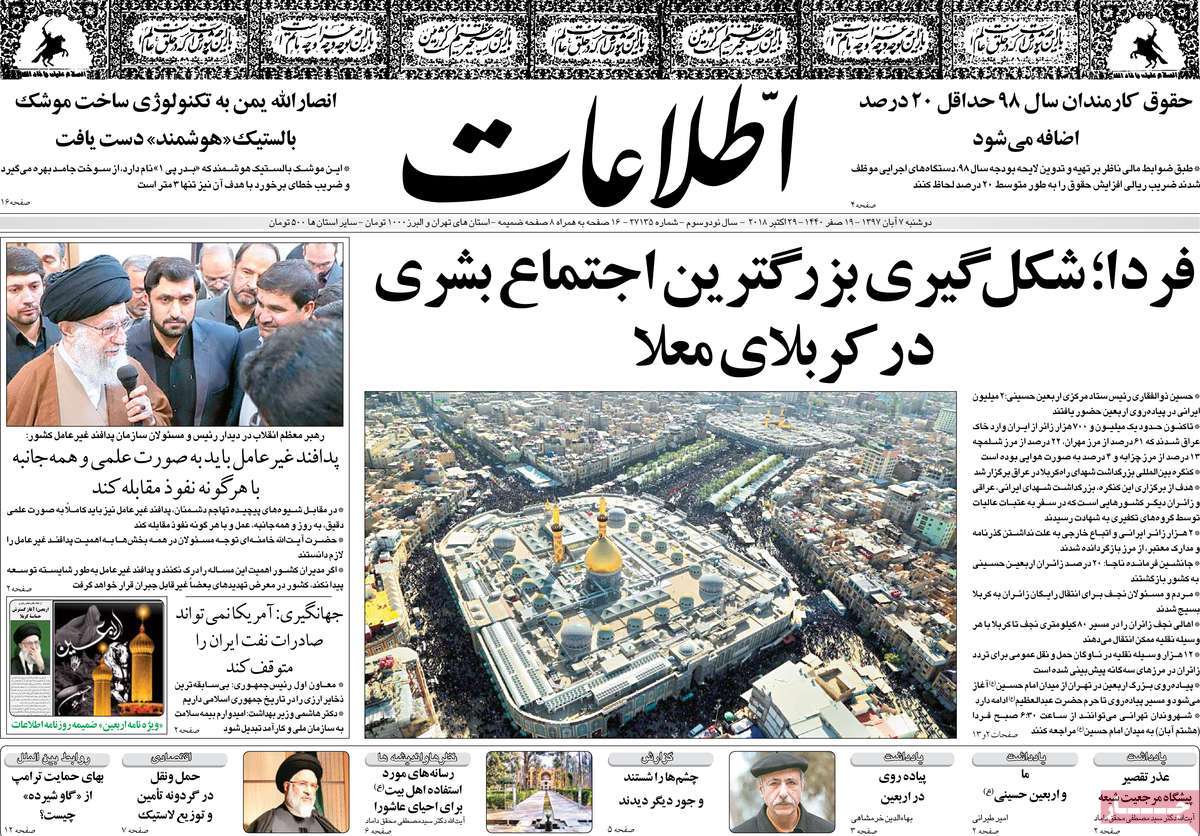 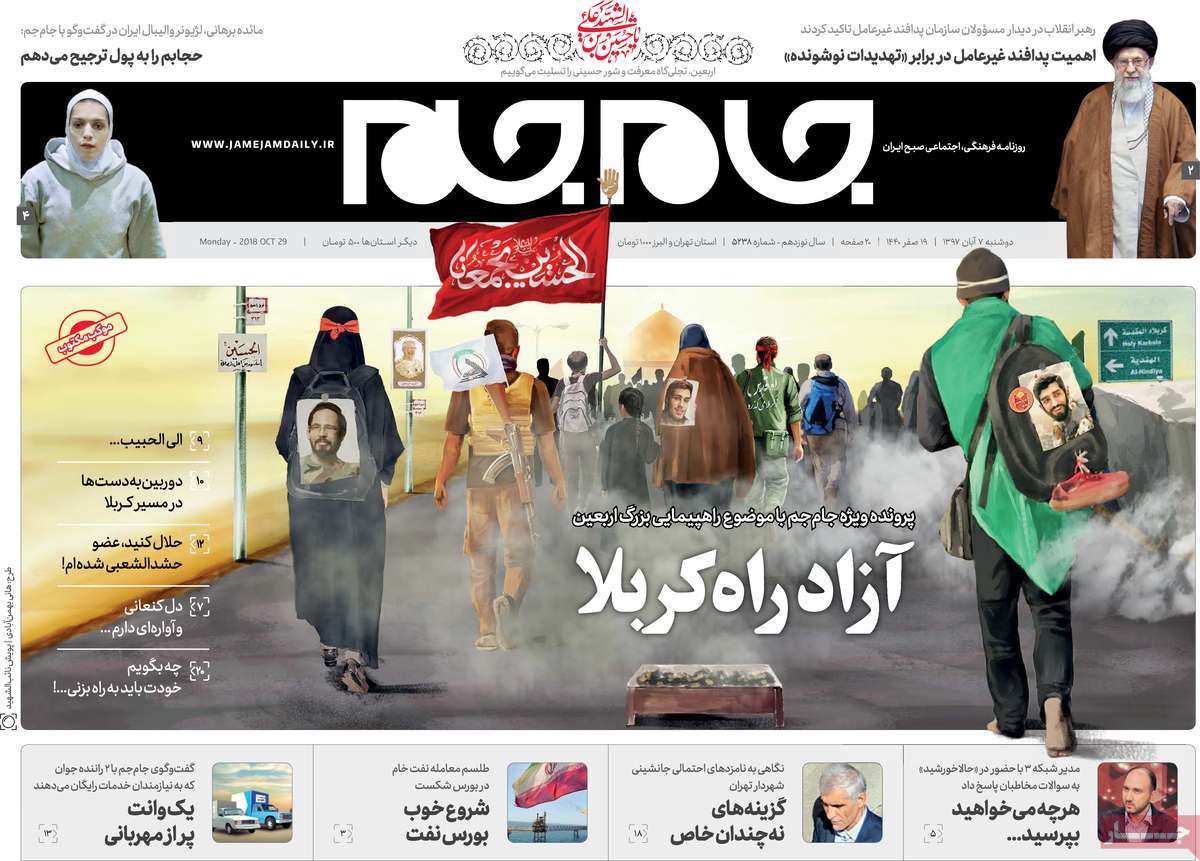 1- World Looking at Biggest Gathering in History of Mankind

2- Discovery of Oil in Bourse: Crude Oil Traded at Energy Exchange after 7 Years

3- Iran First VP: US Can’t Even Think of Huge Amount of Forex Reserves We Have 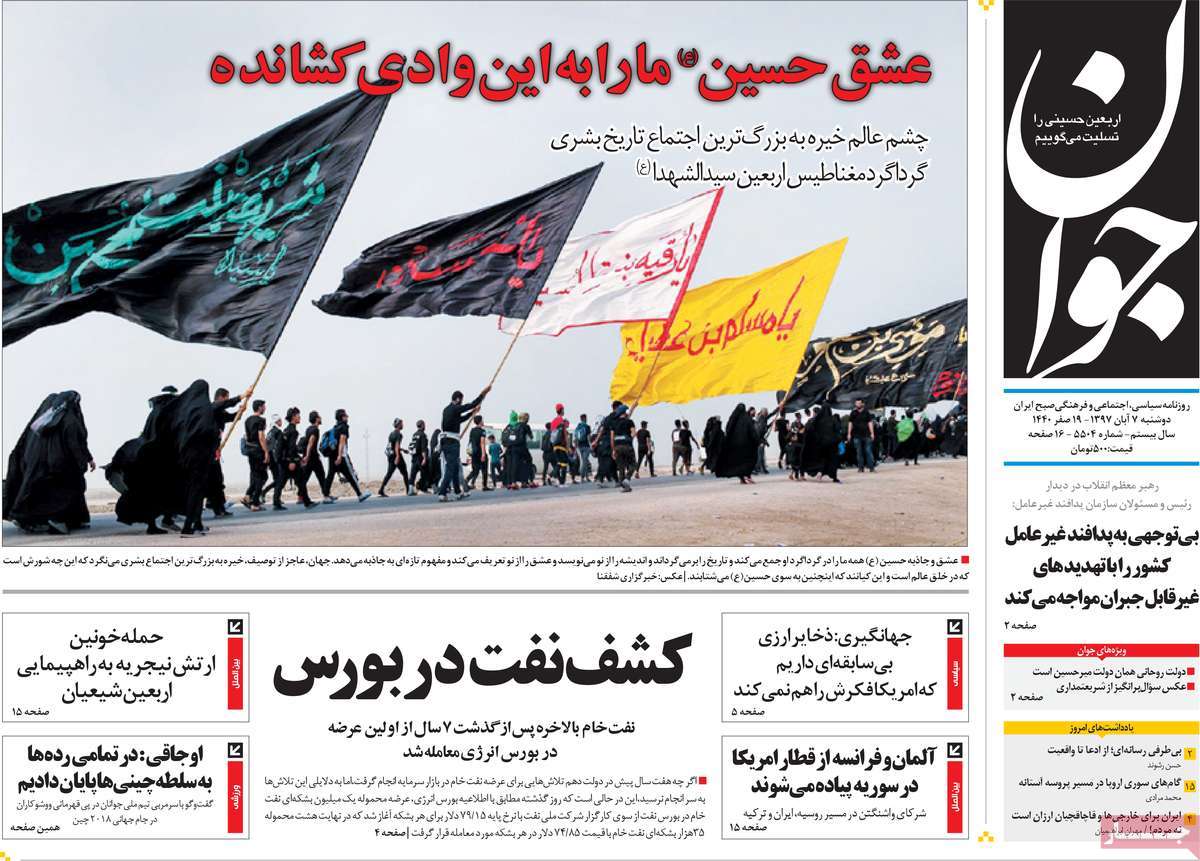 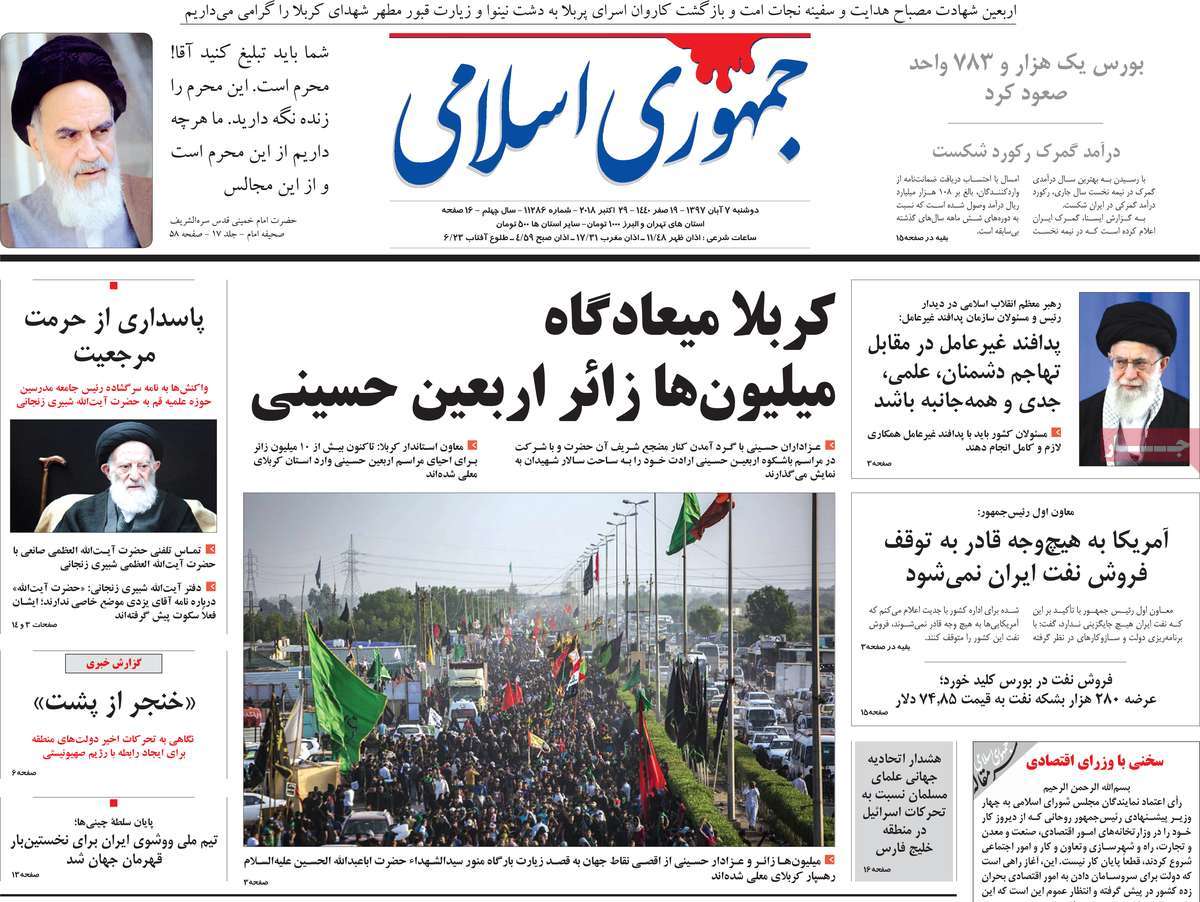 2- Putin in Istanbul Summit: Syria Issue Not to Be Resolved without Iran 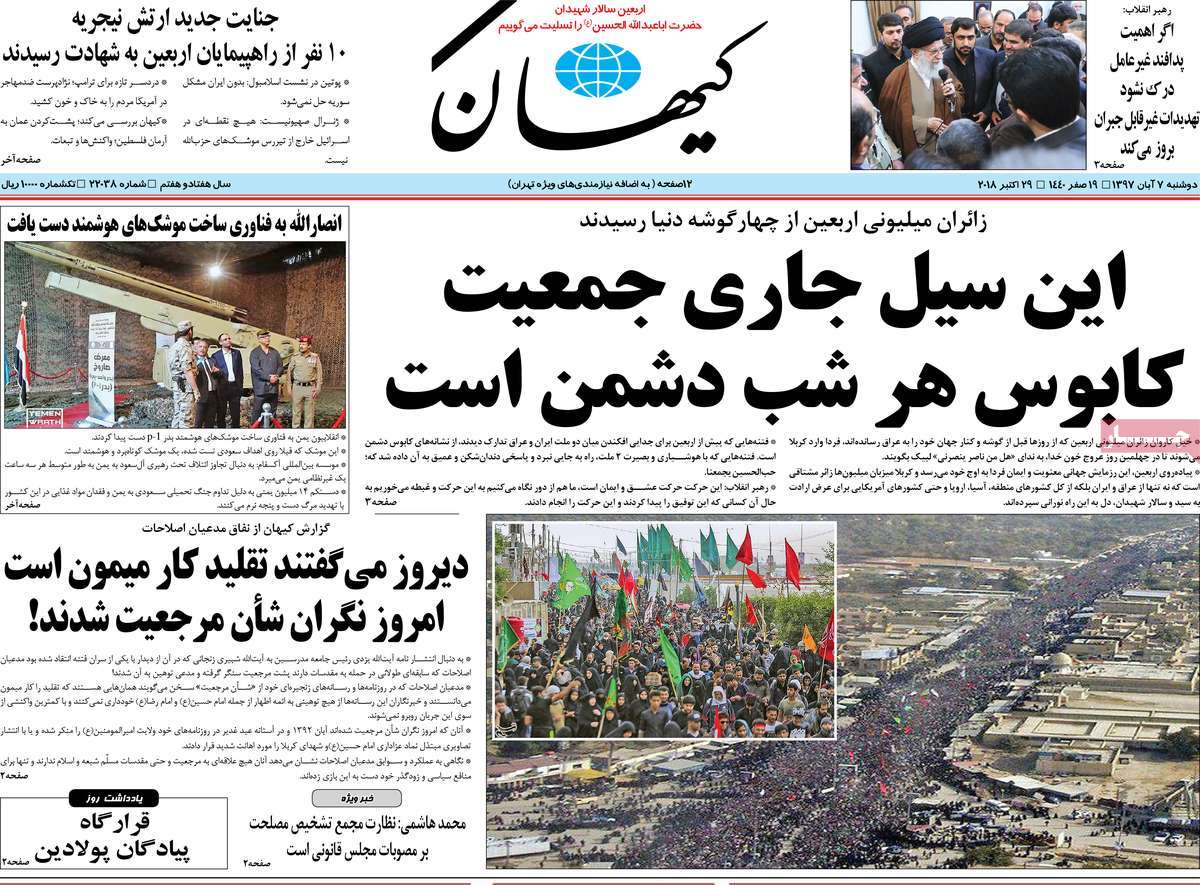 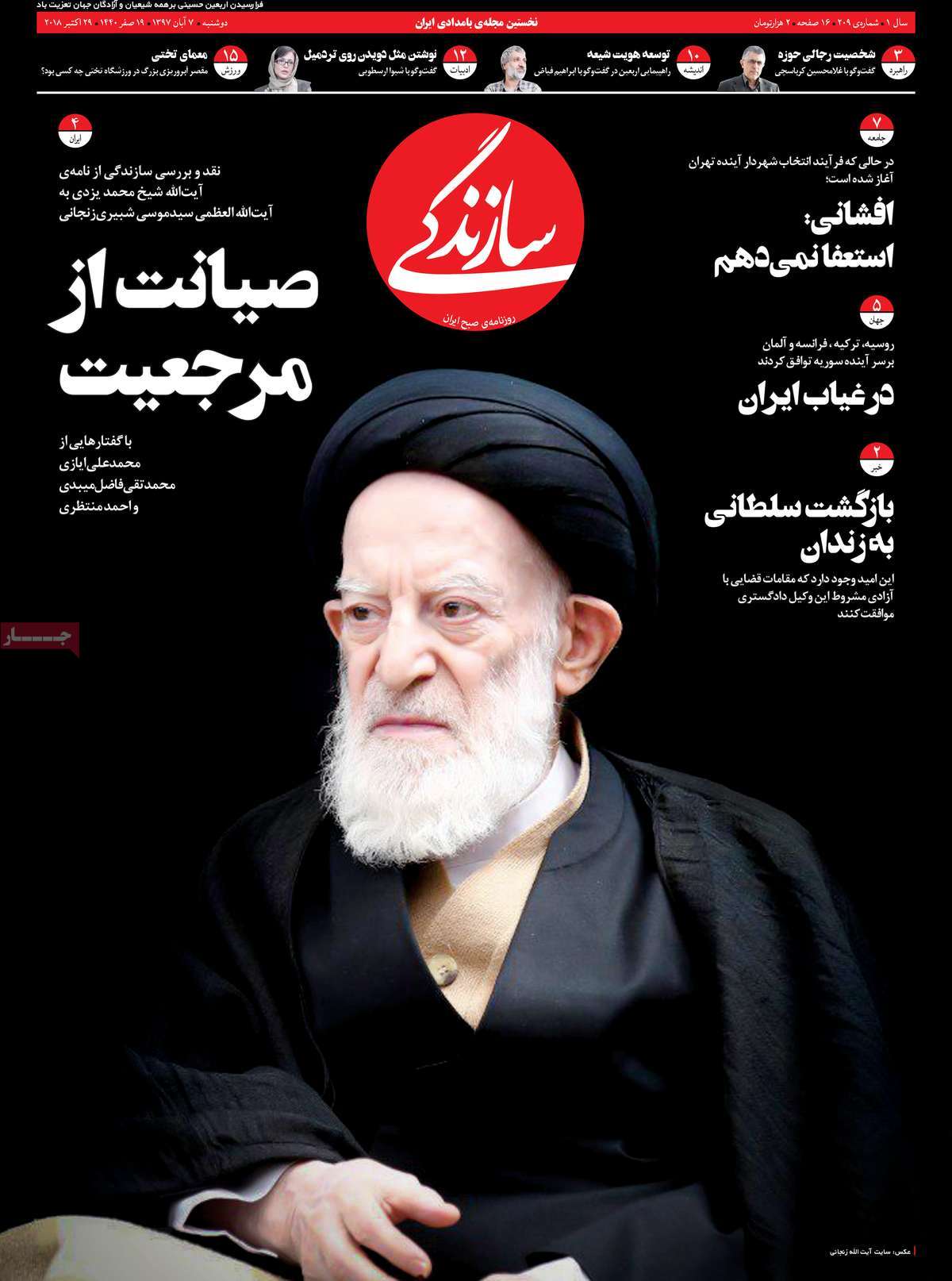 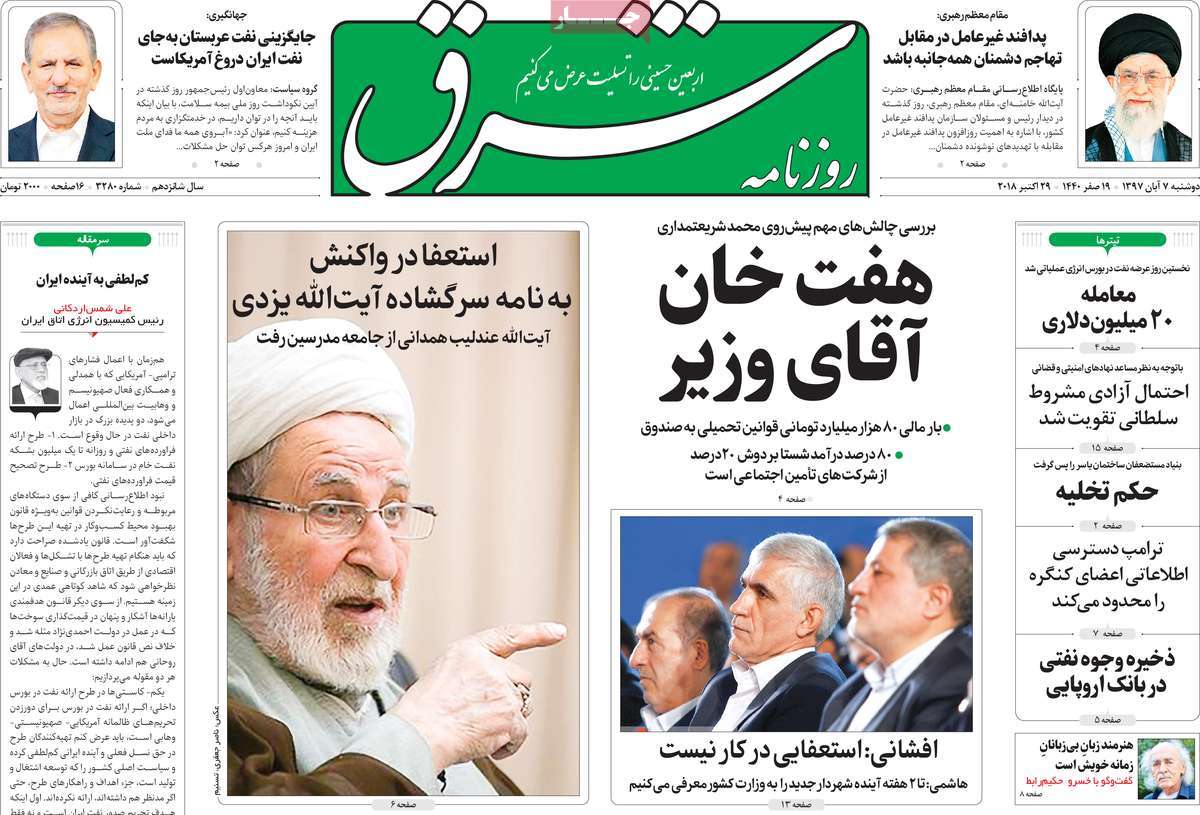 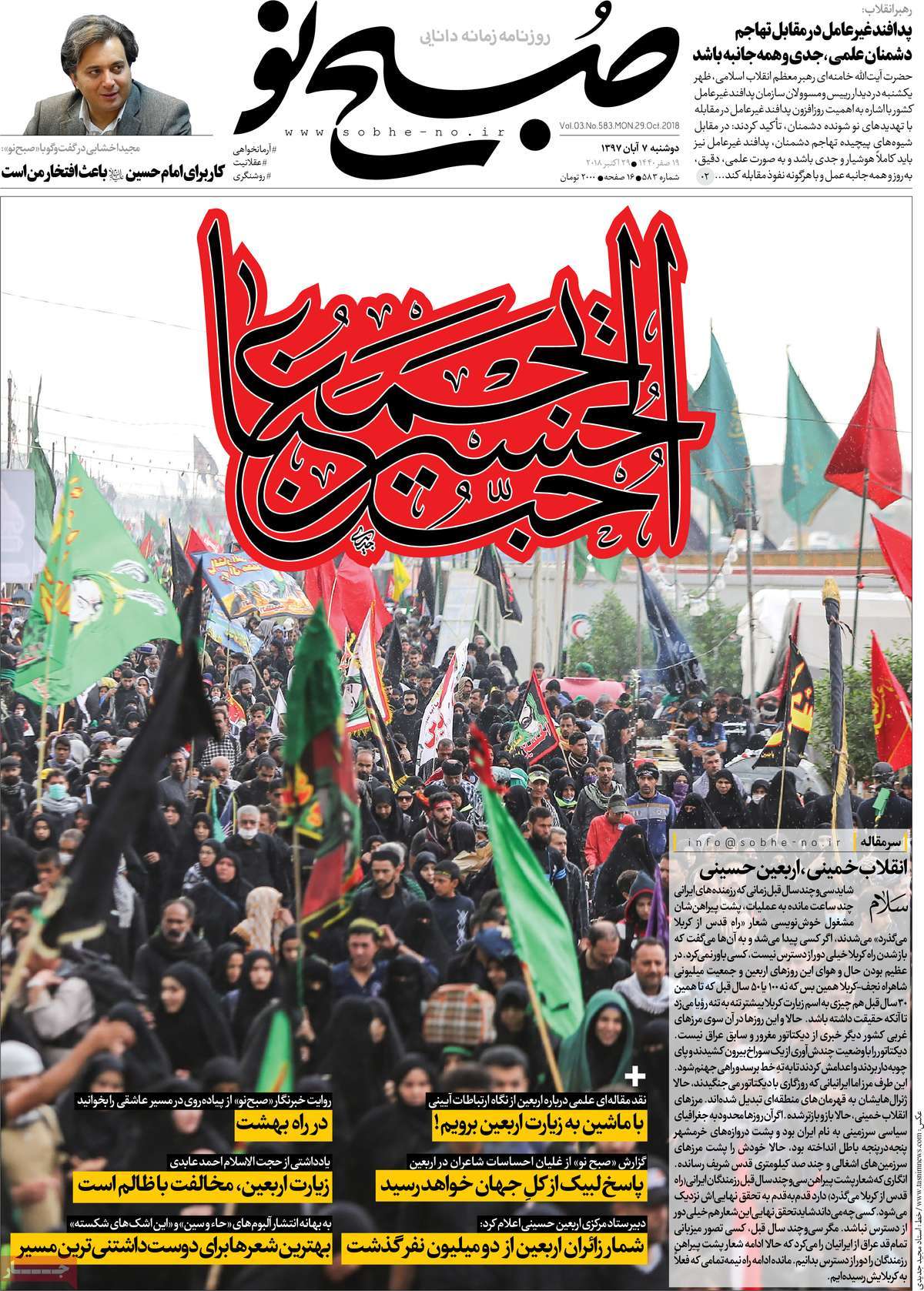