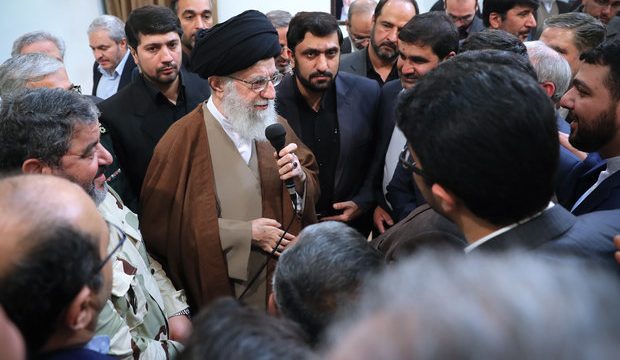 Officials of The Passive Defence Organization met with Ayatollah Khamenei this afternoon on October 28, 2018. During a meeting with officials and head of The National Passive Defense Organization, which was held this afternoon (Sunday), Ayatollah Khamenei — the Supreme Leader of the Islamic Revolution — referred to the increased importance of Passive Defence against the enemies’ renewed threats and stressed: “In face of the enemies’ complex methods of attack, Passive Defence should also be vigorous and alert: take evidence-based, accurate, up-to-date, and comprehensive measures, and confront the enemy against any intrusion.”

Iran’s Parliament has given the vote of confidence to all candidates proposed by President Hassan Rouhani to fill in the four vacant ministerial positions.

Trilateral meeting between foreign ministers to held in Istanbul, according to Turkish Foreign Ministry.

First Vice-President Es’hagh Jahangiri said Sun. that there is no alternative to Iran’s oil supplies, adding “with government’s planning and appropriate mechanisms, I would say with certainty that the United States will not be able to prevent the country from exporting oil.”

At the border town of Mehran between Iran and Iraq, a sea of pilgrims surges forwards, en route to one of the biggest religious pilgrimages on the planet.

Envoy: China to continue cooperation with Iran despite US sanctions

Chinese Ambassador to Tehran Pang Sen underlined his country’s full support and continued cooperation with Iran despite the US sanctions.

Iran’s new minister of Economic Affairs and Finance highlighted the ineffectiveness of the US sanctions due to be re-imposed on the Islamic Republic in November and said the ministry has some plans to counter Washington’s hostilities.

Director-General of World Health Organization (WHO) commended Iran for its Health Reform Plan, deeming it a suitable model for rendering primary healthcare elsewhere.