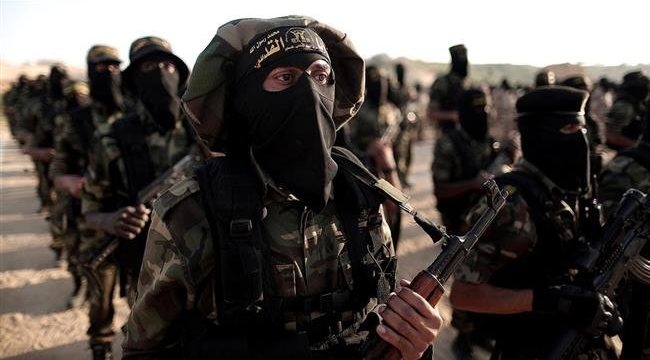 Press TV – The Palestinian Islamic Jihad resistance movement says it has agreed with Egyptian mediators to stop firing rockets from the Gaza Strip into the Israeli-occupied territories and restore calm in the besieged coastal enclave.

“After contacts between the Islamic Jihad leadership and the brothers in Egypt, it was agreed that a comprehensive ceasefire will begin immediately,” the movement’s spokesman Dawood Shihab said in a press statement released on Saturday.

He added, “The Islamic Jihad will abide by the ceasefire if the occupation (Israel) does the same.”

Earlier, the military wing of the Islamic Jihad movement, al-Quds Brigades, said it had fired dozens of rockets from Gaza into communities in the southern sector of the occupied territories in retaliation for Israel’s killing and injuring a number of Palestinian protesters on Friday.

It said in a statement “fire for fire and blood for blood,” adding, “if the Zionist enemy wants to expand the circle of fire, we are ready to do so and ready to protect our people.”

In response, Israeli fighter jets carried out intensive airstrikes on military facilities, training posts and buildings, which belonged to Hamas and the Islamic Jihad, all over the Gaza Strip.

This picture taken on October 27, 2018 shows a fireball exploding during Israeli airstrikes on Gaza City. (Photo by AFP)

Palestinian security sources in Gaza said that an Israeli warplane destroyed a 4-floor building in Gaza City and leveled it to the ground, adding that the building was empty at the time and no injuries were reported.

Meanwhile, a young Palestinian man has died less than a day after being shot by Israeli military forces during clashes between a group of Palestinian protesters and Israeli forces near the border between the Gaza Strip and the occupied territories.

Qidra said in a statement that 23-year-old Ziad Zaki Akel, a resident of Nuseirat refugee camp, died early on Saturday at al-Aqsa Martyrs Hospital in Dayr al-Balah city, where he had been taken for medical treatment.

He had been shot and wounded during “The Great March of Return” protests on Friday afternoon.

Mourners carry the body of 23-year-old Ziad Zaki Akel, who was killed the day before amid clashes following a protest at the border fence between the Gaza Strip and the occupied territories, during his funeral at Nuseirat refugee camp in the central Gaza Strip on October 27, 2018. (Photo by Palestine al-Aan news agency)

Palestinian paramedics carry away on a stretcher a protester, who was injured during clashes following a demonstration near the border with the Israeli-occupied territories east of Gaza City on October 26, 2018. (Photo by AFP)