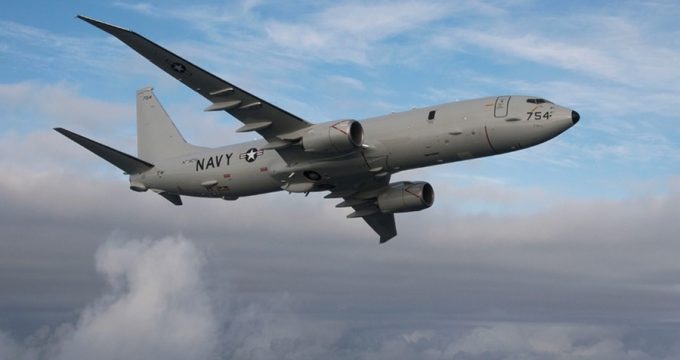 RT – The Kremlin has said it is concerned about the report by Russia’s Defense Ministry say that a US spy plane was actually in control of a drone attack on Russia’s Khmeimim air base in Syria back in January.

“This is undoubtedly a very alarming report,” Dmitry Peskov, the Kremlin spokesman, said.

He made clear that the military have analyzed all available data and have drawn necessary conclusions before saying that the drone attack on the Russian air base was directed from a US P-8 Poseidon surveillance plane.

All further details will be provided by the Defence Ministry.

But President Vladimir Putin may raise the issue with the US counterpart Donald Trump when such possibility arises.

According to the top defense military official, thirteen unmanned aerial vehicles (UAVs) had approached Russia’s Khmeimim base at the time the Poseidon plane was traversing skies over the Mediterranean. When Russian electronic countermeasures were turned on at Khmeimim, the drones continued their flying mission in manual mode.

He said the drones were not manned “by some peasant,” they were flown from “a standard, well-equipped P-8 Poseidon” which had manual control over the UAVs in question.

When these drones came across Russia’s electronic warfare measures, they pulled back from the kill zone and began receiving some commands via satellite communications, General Fomin explained. Someone, he said, “guided the UAVs to the so-called holes [in Russian defenses]” which they utilized before being downed by Khmeimim’s surface-to-air missiles.