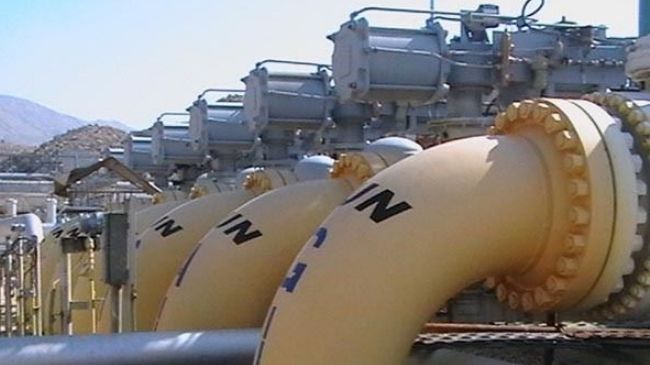 S&P Global Platts – Iran’s LPG shipments lifted, or scheduled for loading, in October fell for the second month to 279,400 mt so far, ahead of new US sanctions next month, initial fixtures from shipping sources showed.

While sources said two or three more cargoes are expected to be lifted this month — possibly taking the total to about 411,000 mt — these will remain below 524,000 mt seen in updated fixtures for September loading.

Loadings in August were 568,000 mt, the highest since previous Western sanctions for Iran’s nuclear plan were lifted in January 2016, shipping fixtures showed.

Sources said while the decline in recent months was marginal, the imposition of US sanctions on Iranian oil from November 4 would trigger a more significant impact on Iranian LPG liftings next month.

The October liftings so far, scheduled for destinations in China, Thailand and India, take Iran exports for the first 10 months to 4.232 million mt, according to shipping fixtures.

Ample volumes from Iran between August and October, along with full acceptances of term nominations for November loadings by Middle Eastern producers Saudi Aramco, Qatar and the UAE, plus recent spot offers by tenders, are expected to alleviate subsequent shortfalls in the wake of the sanctions, sources said.

These come amid the prevailing US-China trade war, which are keeping US LPG from the Chinese market and are diverted to other buyers across Asia.

In the face of comfortable supply, the Saudi contract price swap market contango for November/December notionally widened early on Tuesday to $4/mt, versus $2/mt on Monday. The December/January market structure narrowed to parity notionally on Tuesday, from a backwardation of $2/mt at the previous day’s close.

Thai trader Siam Gas is lifting a 33,000 mt propane and 11,000 mt butane cargo from Persian Gulf Petrochemical Industry Commercial Co., or PGPICC, at Assaluyeh and bound for the Thai port of Sriracha on October 31, according to S&P Global Platts trade flow software, cFlow.

Siam Gas is due to lift a similar cargo from Iranian Gas Commercial Co., or IGCC, aboard the Ming De. The VLGC last left the Chinese port of Hukou on October 8 and is due to arrive in Assaluyeh October 24, cFlow shows.

Siam Gas is due to lift aboard the EverRich 10, an 18,000 mt propane lot at Bandar Imam Khomeini from PGPICC, as well as a parcel comprising 11,000 mt of propane and 18,000 mt butane at the Kharg terminal from Kharg Petrochemical Co. The VLGC is due to arrive at Zhoushan port, in the eastern Zhejiang Free Trade Zone.

Iranian trading firm Triliance is due to lift aboard the VLGC Takao Gas (formerly Gas Sapphire) 33,000 mt of propane and 11,000 mt of butane from IGCC at Assaluyeh. According to cFlow, the India-flagged vessel is due to arrive in Mumbai October 27.

Triliance was also due to lift aboard the India-flagged Sisouli Prem a 44,000 mt evenly split cargo from IGCC. The vessel is currently off the Indian west coast after leaving the Khor Fakkan area on October 19, cFlow shows.

Naftiran Intertrade Co., or NICO, a unit of National Iranian Oil Co., has lifted 5,800 mt of propane and 6,600 mt of butane aboard the 28,500-dwt Aquarama from IGCC and left Assaluyeh on October 3. The vessel is due to arrive in Mumbai this week, cFlow shows.

An unknown lifter was also due to lift aboard the VLGC Gas Commerce a cargo comprising 33,000 mt of propane and 11,000 mt of butane from PGPICC at Bandar Imam Khomeini, according to shipping sources. The vessel is currently off Khor Fakkan awaiting orders, cFlow shows.