A Look at Iranian Newspaper Front Pages on October 24

Iran Front Page – IFP has taken a look at the front pages of Iranian newspapers on Wednesday, October 24, 2018, and picked headlines from 13 of them. IFP has simply translated the headlines and does not vouch for their accuracy.

Iranian papers today widely covered the AFC Champions League semi-final match between Iran’s Persepolis FC and Qatar’s Al-Sadd in Tehran, which ended with a 1-1 draw, but led to the Iranian side’s victory on aggregate. Persepolis made history by booking a place in the final match, which is to be held against Japanese or Korean teams on November 3 and 10.

Also a top story was Turkish President Recep Tayyip Erdogan’s comments about Saudi journalist Jamal Khashoggi’s case, which disappointed those who expected to know the “naked truth” about the murder. Analysts believe the CIA chief’s visit to Turkey has led to a collusion between Riyadh, Ankara, and Washington, and that has kept Erdogan from revealing the truth.

1- Zarif: We’ll Both Sell Our Oil, Protect Our Economy

4- US Ambassador to UK: Either with Iran or with US 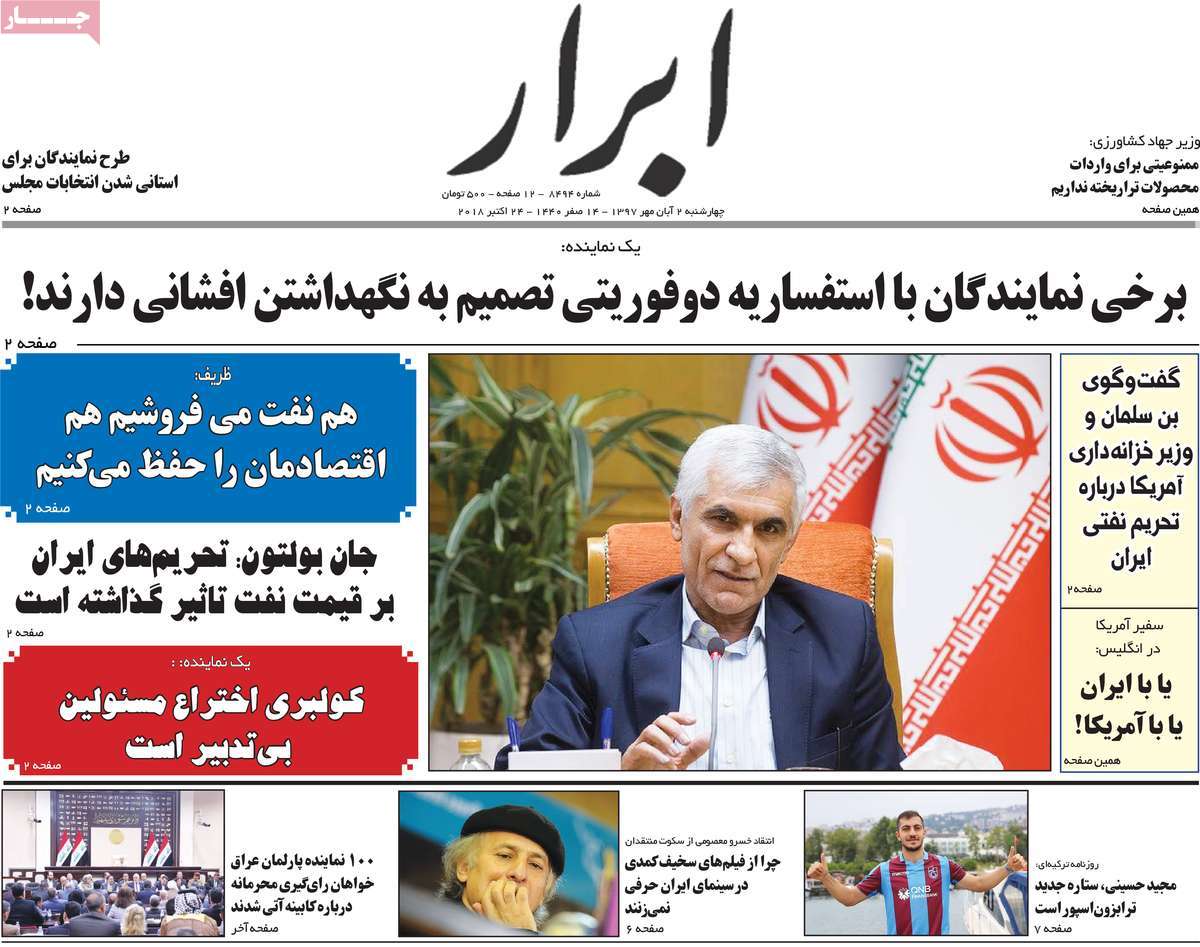 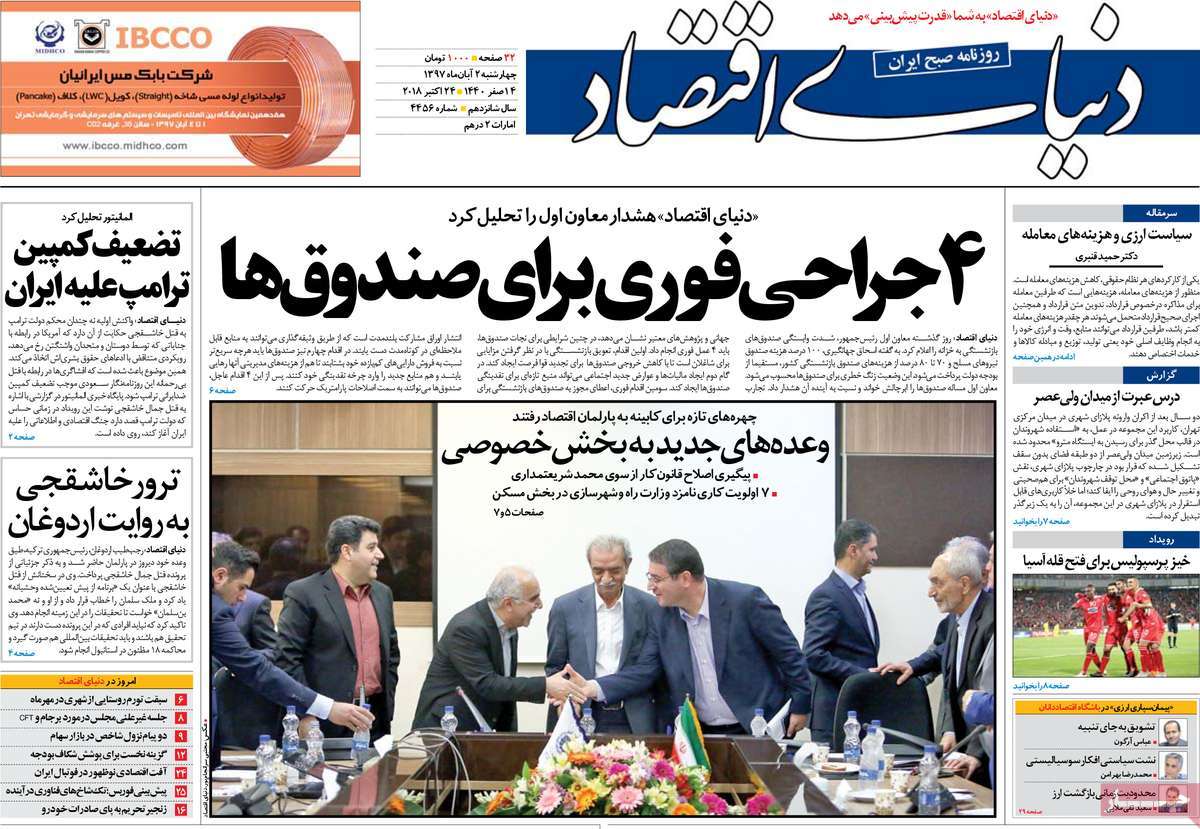 1- There Are Rumours Barriers to Iran’s FATF Accession Removed 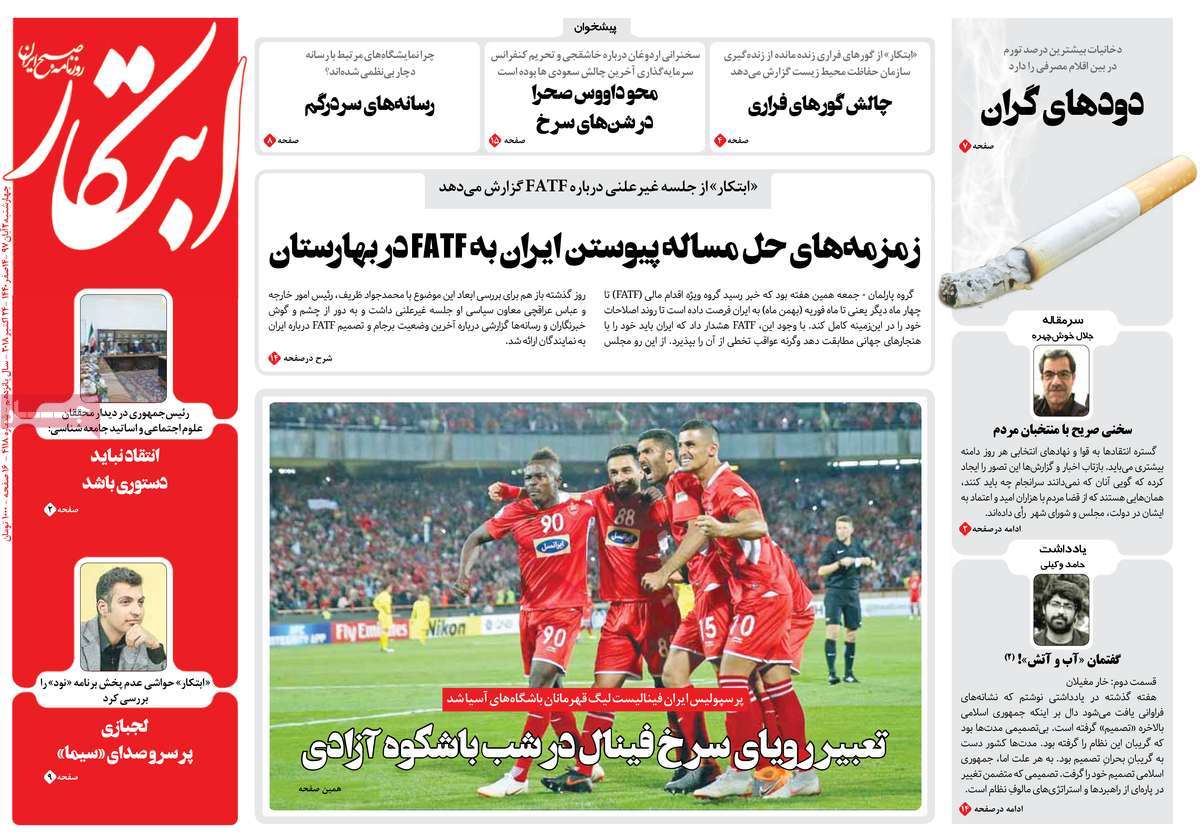 1- Rouhani: US Cannot Turn Nov. 4 into Bitter Memory for Iranians

2- Zarif: Europe Promised Iran Financial Channel Will Be Established as of Nov. 4

3- Erdogan: Khashoggi’s Murderers Should Be Tried in Turkey 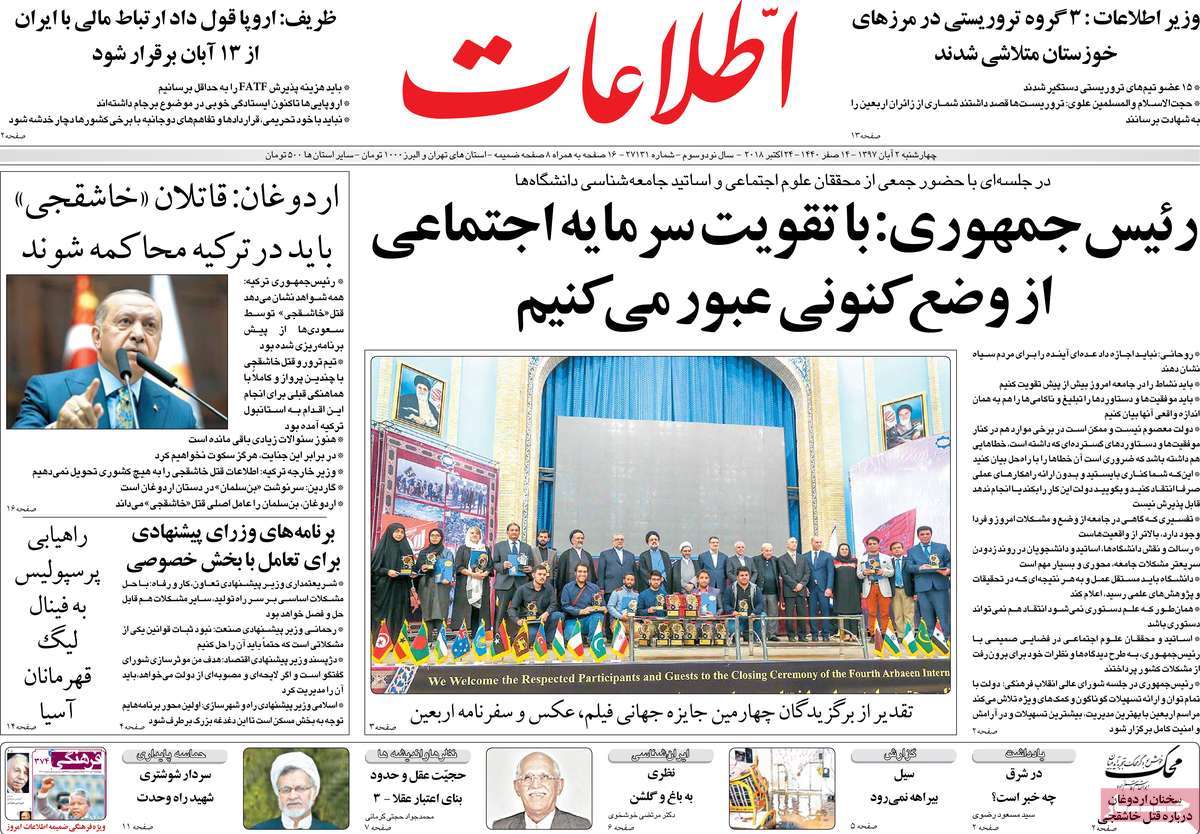 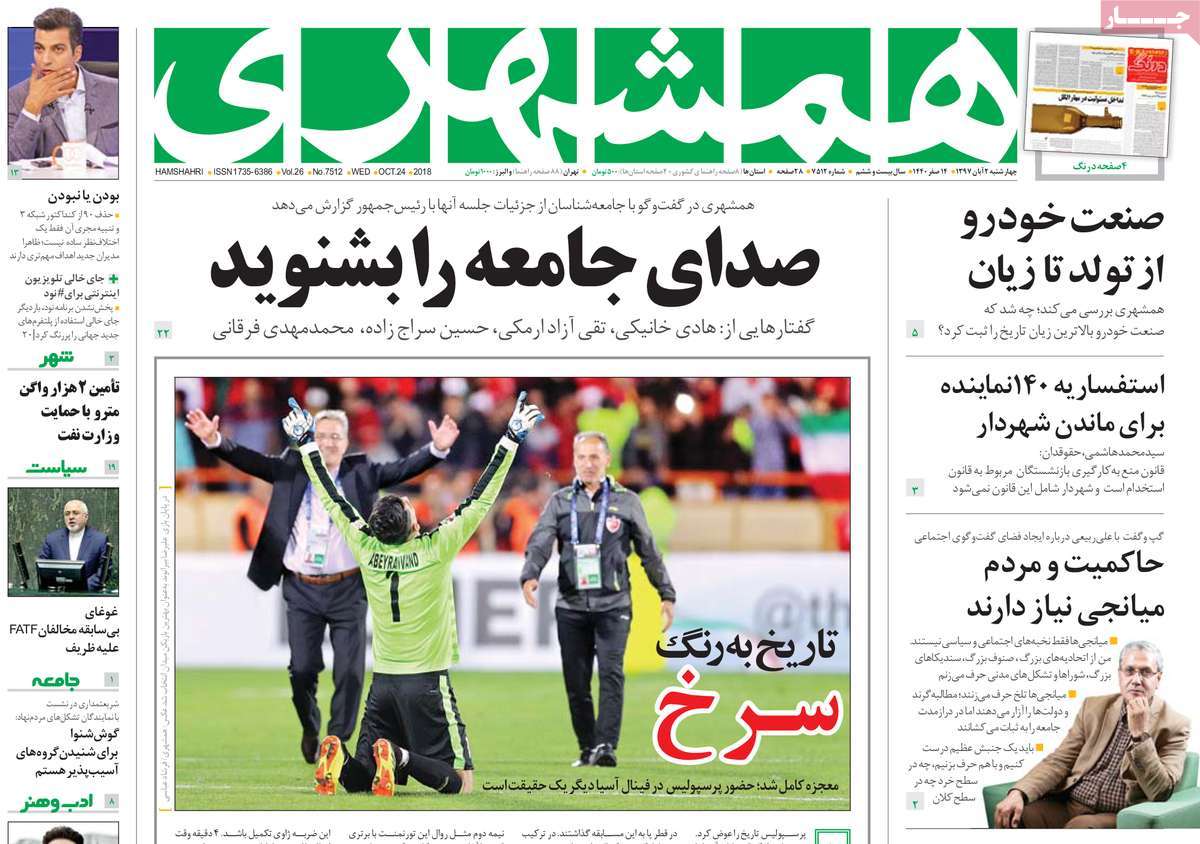 1- Zionist Paper: We Prayed for 50 Years Someone Like Bin Salman Takes Office 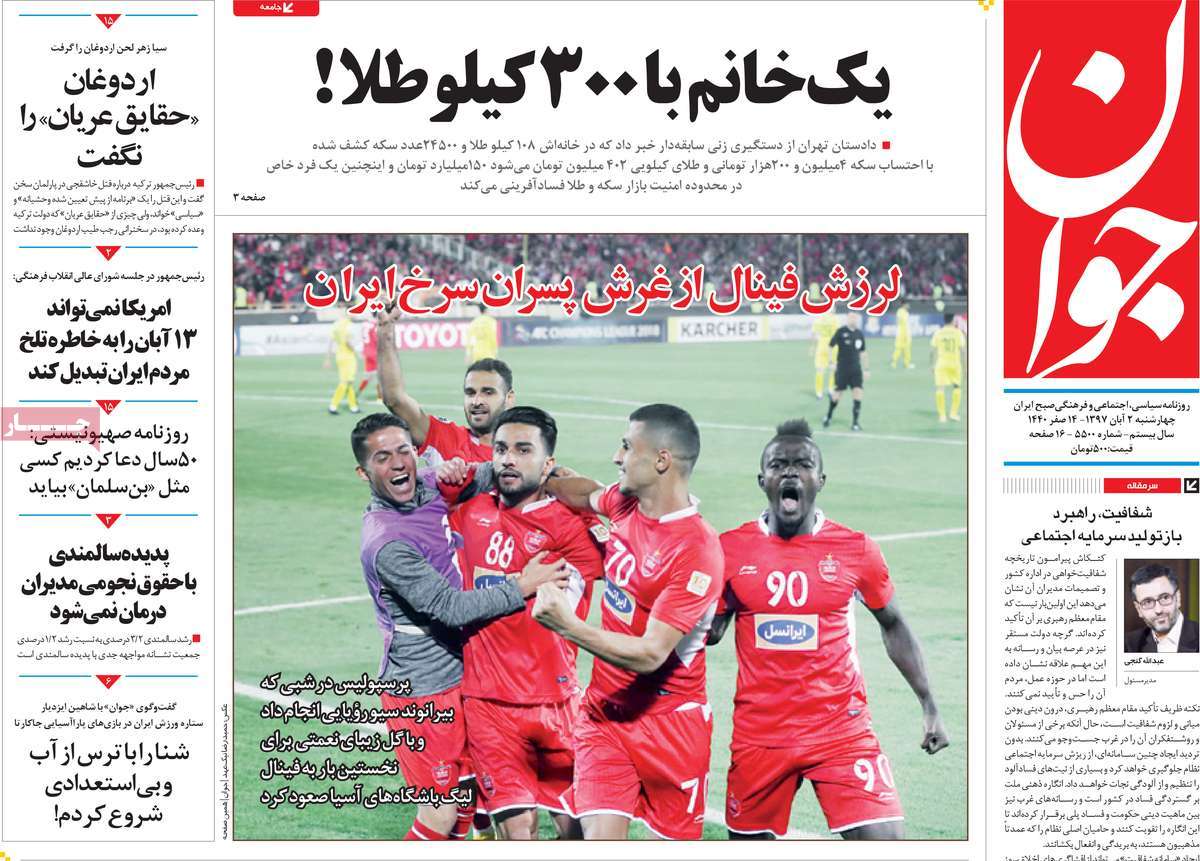 3- French Lawmaker: France to Use All Its Capacities to Maintain JCPOA 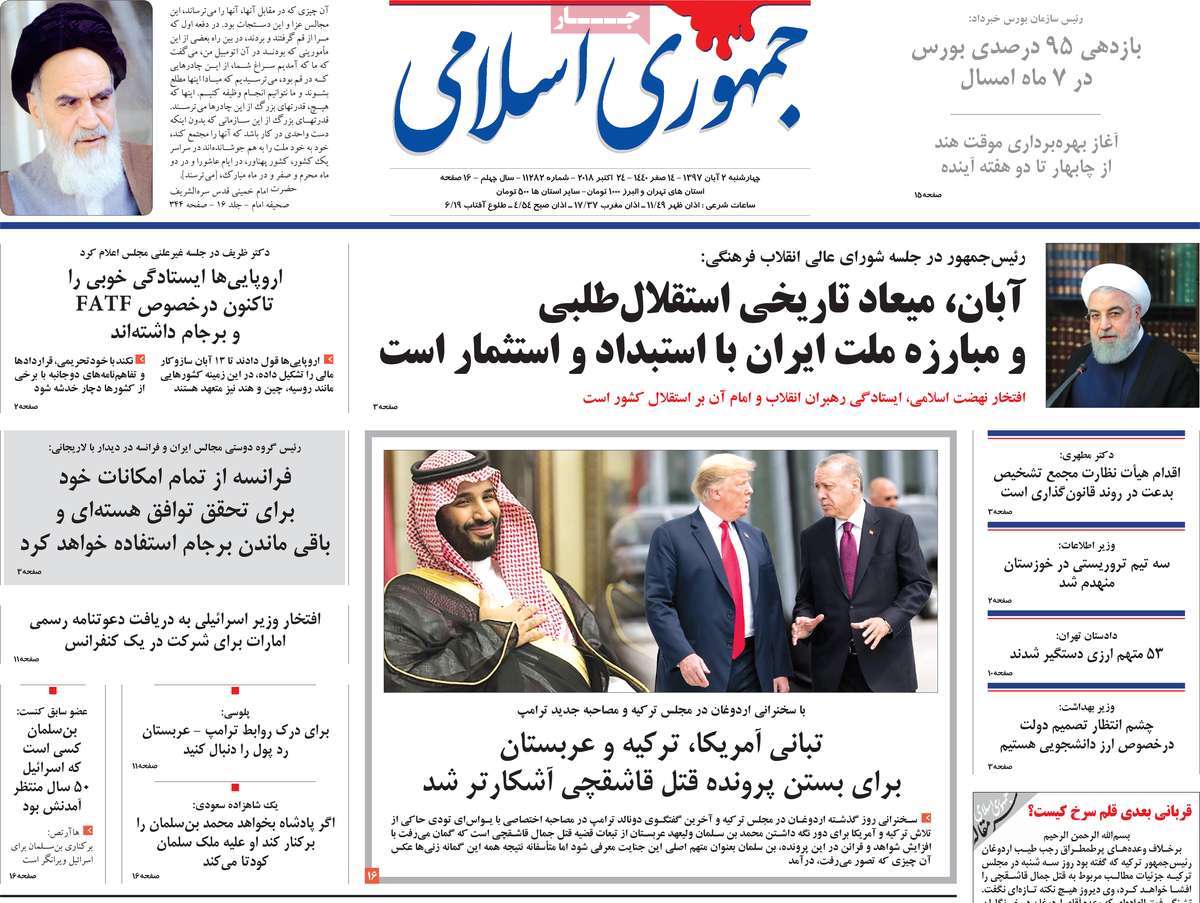 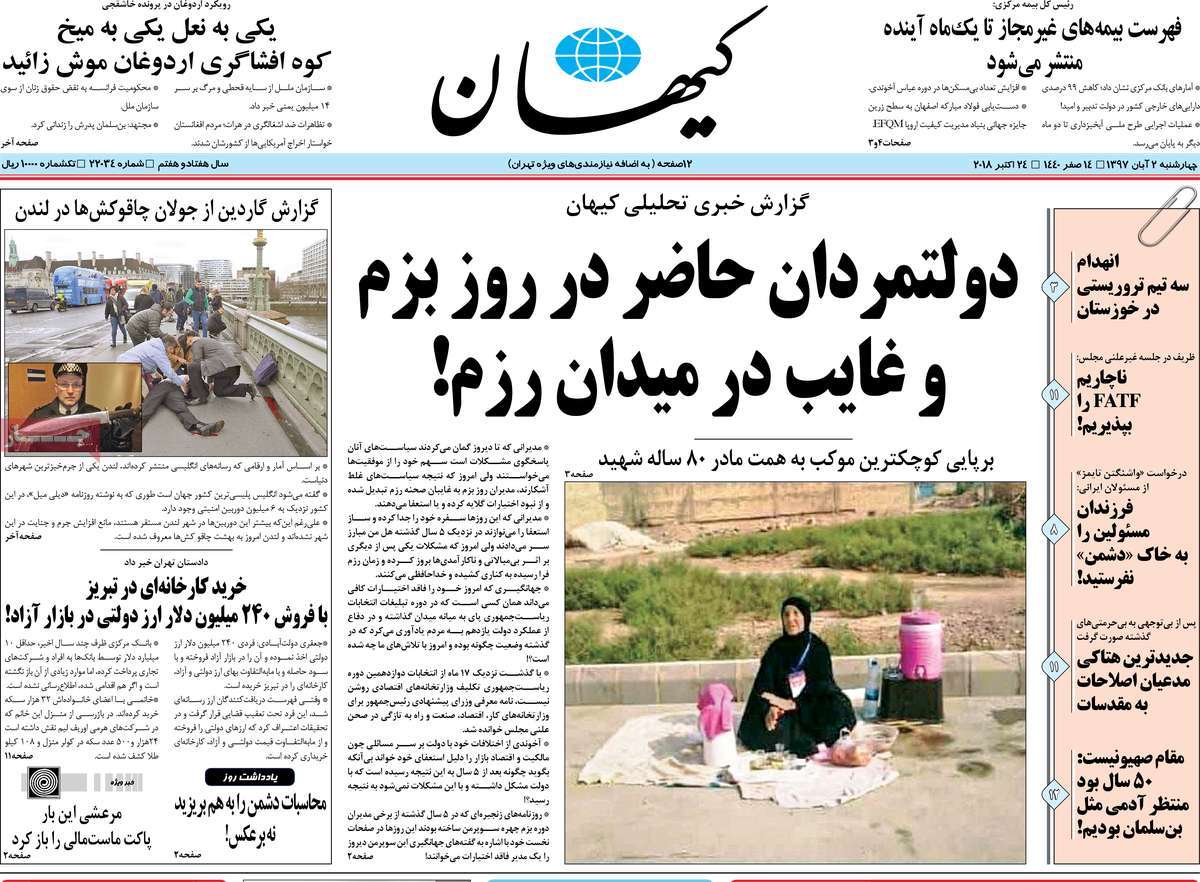 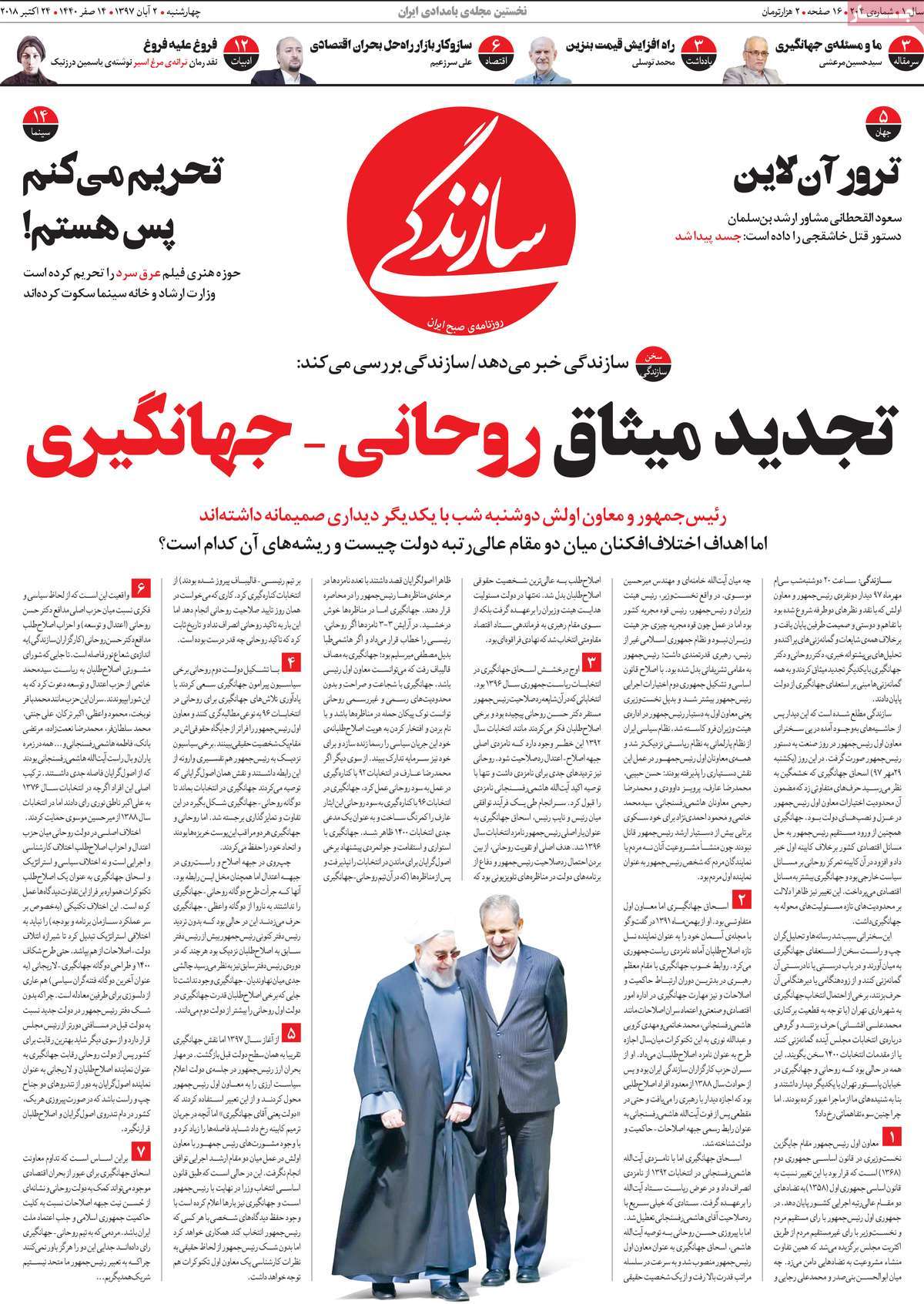 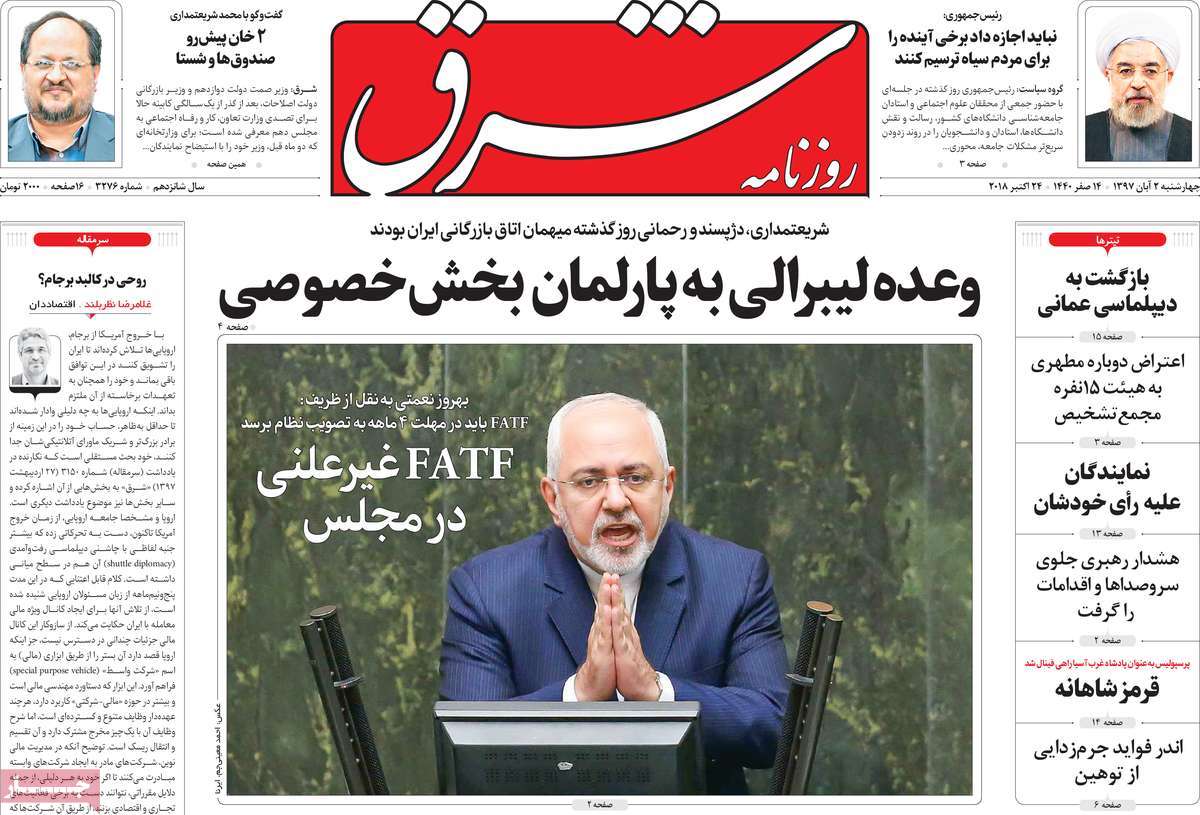 1- Why US Dollar Rates Remain Stable in Iraq, Syria, Lebanon? 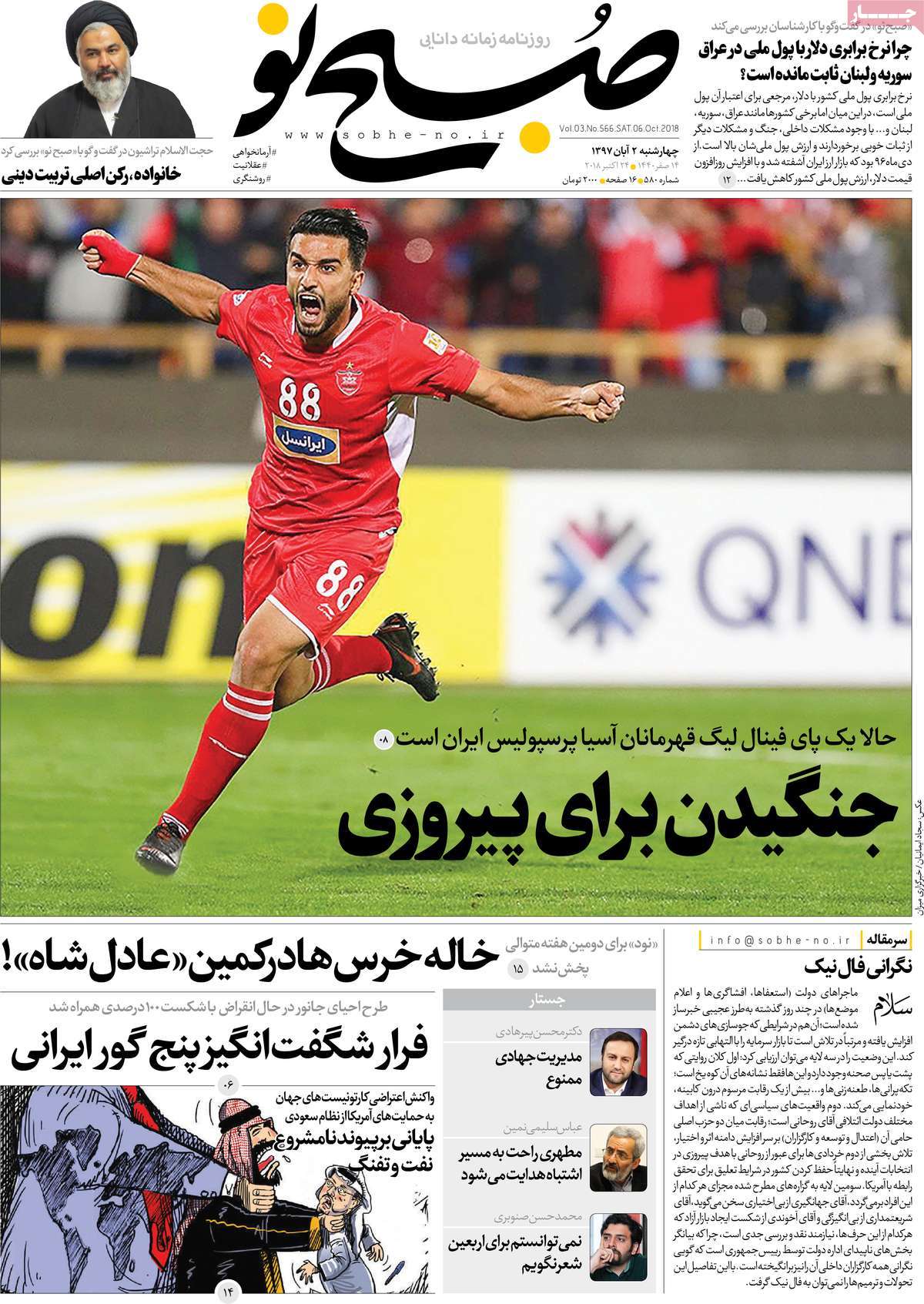