“It’s left Prince Mohammed very weak inside and outside the kingdom.”

Until now, the crown prince was known in the western world as a “modern prince” who would lead the country’s economic and social reforms.

But with the growing international scepticism over the story about Khashoggi’s death, “he will no longer be able to present himself as a reformist that will transform Saudi Arabia from an archaic monarchy into a modern kingdom,” said Mouline.

“The Khashoggi case is like the tree that hid the forest of horror.”

How a series of missteps snowballed into a diplomatic crisis

The researcher said the Saudi government’s biggest mistake was to not take the matter more seriously from the beginning.

“They thought his death wouldn’t make so much noise so it was very unexpected when it did and that’s thanks to all the media coverage that increased pressure to get answers,” he said.

This “lack of preparation” completely paralysed the Saudi government, according to Mouline, who added that “a real-time improvisation operation” to provide answers to the international community was taking place.

The researcher said that improvisation and the series of errors regarding the management of the situation left the Saudi government scrambling for a credible storyline that defends their interests.

“Changing their account multiple times in a week and providing zero evidence to back it up discredits them even more,” said Mouline.

A media stunt to protect the kingdom

But if the crown prince has been so weakened by the Khashoggi scandal why did King Salman appoint him to lead the restructuring of the kingdom’s intelligence agency?

“There won’t be a restructuring of the intelligence agency — that was just a media stunt,” says Mouline. “He was not capable of leading a small assassination plot, he won’t be able to restructure an entire agency.”

“There’s a real discrepancy between what is said by the kingdom and what is actually done.”

As for the two senior officials who lost their jobs on Saturday, Mouline said they were used as “scapegoats” to appease the growing calls for answers concerning the journalist’s death.

“The Saudis needed to say something the media wanted to hear and give Trump something to work with,” said Mouline.

“Sacrifice an individual but not the Gulf ally”

Despite Prince Mohammed’s “damaged” image, Mouline said the US and Europe will not endanger relations with its primary ally and business partner in the Gulf region.

“They can’t afford to endanger ties with the Gulf state because if Saudi Arabia stops producing oil, the world will stop,” said.

And the US depends on Saudi Arabia to contain Iran in the region, he added. 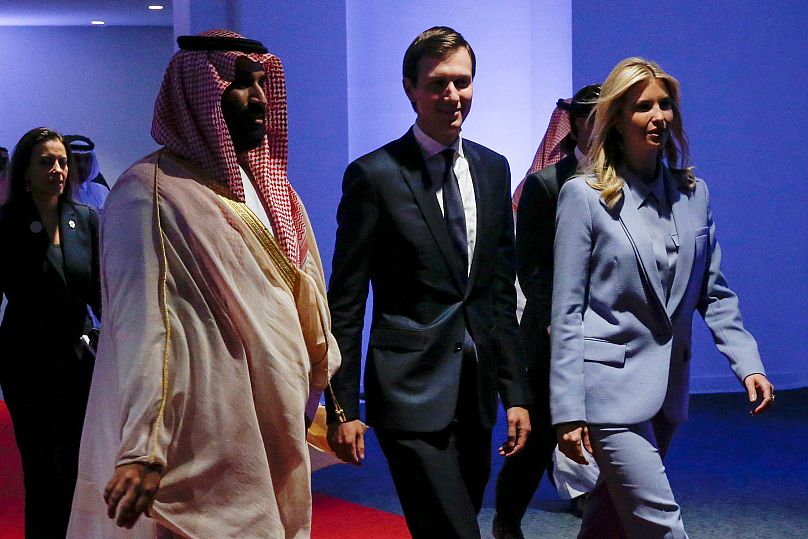 So what will probably happen is that they will “sacrifice” their relations with the crown prince, if evidence surfaces that he was directly implicated in the killing of Khashoggi, said the researcher.

But for now, “there are too many variables,” to make any calls on the future role of Prince Mohammed.

“For one, we’ll have to see how the crown prince’s relationship with the US changes if Democrats take back the Senate in the upcoming midterm elections and also monitor the power dynamics within the Saudi royal family.”

“We could see multiple factions [within the royal family] wake up and displace Prince Mohammed from power.”