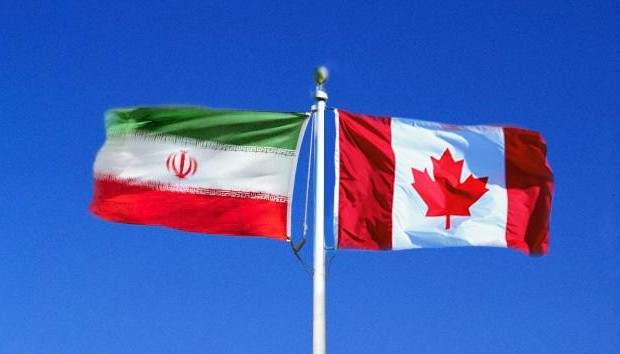 Canada’s re-engagement with Iran blocked by act that allows its assets to be seized, says retired envoy

CBC – The real reason the Liberal government hasn’t been able to re-establish relations with Iran is due to its adherence to a “stupid” Canadian law allowing the seizure of Iranian assets, says Canada’s recently expelled ambassador to Saudi Arabia.

Dennis Horak, who was expelled from Saudi Arabia in August after its rulers were incensed by a tweet from Foreign Affairs Minister Chrystia Freeland, offered that blunt assessment as he shed new light on another controversial moment in Canada’s Middle East relations.

Six years ago, the previous Conservative government abruptly severed its diplomatic relations with Iran, shut its embassy in Tehran and expelled Iranian diplomats from Canada.

The current Liberal government campaigned in 2015 on re-establishing diplomatic relations with Iran but it has been unable to deliver on that foreign policy promise because Iran appears unwilling to re-engage.

Horak, who retired recently, said one obstacle is standing in the way — the passage in 2012 of Canada’s Justice for Victims of Terrorism Act, which allows victims of terrorism to sue countries that are listed as supporters of terrorism.

Among other things, the law paved the way for last year’s Ontario Court of Appeal ruling that upheld the seizure of $1.7 billion US in private Iranian assets by a group of American plaintiffs whose loved ones were killed in terrorist attacks allegedly sponsored by the Iranian regime.

“It was a stupid law. And it’s still a stupid law,” Horak told a meeting of the Canadian International Council in Ottawa this week.

Horak, who was the Canadian foreign ministry’s director of Middle East relations in 2012, said the three major federal parties supported the law.

Then foreign affairs minister John Baird abruptly announced the Tehran embassy closure in September 2012, accusing Iran of being a state sponsor of terrorism and saying it was for the safety of Canadian diplomats.

Though he cited the attack on the British embassy in Tehran 10 months earlier that saw an angry mob storm the diplomatic compound, Baird and the Conservative government declined to say whether Canadian diplomats faced any imminent threat.

“Lost in all of the information about the reasons why, was the real reason … It was the Justice for Victims of Terrorism Act, frankly. That’s the reason; that still exists,” Horak said.

“It’s no coincidence that we closed the embassy basically the day after the legislation became effective.”

After the attack on the British embassy, the Canadian government realized it had “very poor security” around its own compound, Horak said, suggesting that would leave it vulnerable to an Iranian mob.

Freeland’s office did not respond to questions about the status of diplomatic talks with Iran.

Horak has already criticized Freeland for her August tweet calling for the release of imprisoned activists in Saudi Arabia, which led the Saudi regime to declare Horak persona non grata, recall Saudi university students from Canada, and cancel flights between the countries. Horak said the tweet was “ill advised,” but Saudi Arabia overreacted in response.

Michael Grant, who recently returned to Ottawa after a posting as one of Canada’s ambassadors to the United Nations in New York, said Horak was one of Canada’s top analysts of Middle East affairs. He said Horak’s diplomatic dispatches will add greatly to the country’s understanding of the region when they are declassified in the coming decades.

In his speech to the council, Horak cited the conflict between Sunni Saudi Arabia and Shiite Iran as the core conflict shaping the geopolitics of the Middle East.

His presentation underscored the fact that Canada is now diplomatically hamstrung in both countries — it has no ambassador to lead its embassy in Riyadh, while its mission in Tehran remains closed.

“How can you have a dialogue when you don’t have ambassadors?” asked retired diplomat John Noble, who was part of the sold-out crowd that turned out for Horak.

Still, Noble said Canada has not traditionally played a major role in the Middle East even though Lester Pearson won a Nobel Peace Prize in the 1950s for helping defuse the Suez Crisis.

“He was trying to prevent a break-up of the Commonwealth and of NATO,” said Noble, who held ambassadorships in Greece and Switzerland.

“The idea that we had a big role in the Middle East has always been over-inflated.”