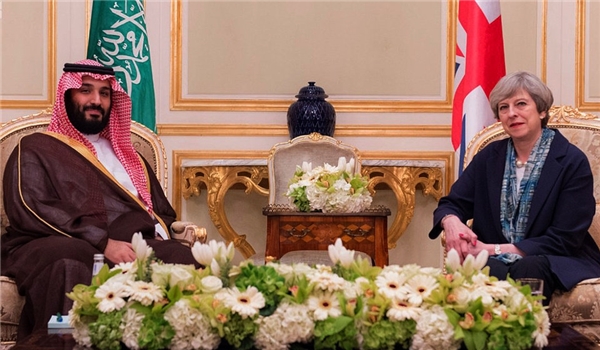 FNA – The UK government is facing renewed pressure over its continued ties to Saudi Arabia following the death of Jamal Khashoggi and the humanitarian disaster in Yemen, after all five main Westminster opposition parties signed an unprecedented joint letter calling for a change of stance.

The foreign affairs representatives for Labour, the SNP, the Lib Dems, Plaid Cymru and the Greens wrote to Secretary of State Jeremy Hunt saying it was “hard to imagine what crime the Saudi government would need to commit” for the UK government to condemn it, according to The Guardian.

The letter to the foreign secretary says that reports the dissident journalist Khashoggi was tortured and murdered at the Saudi consulate in Istanbul constituted “the latest in a litany of charges that have been laid before the Saudi regime by the international community”.

Saudi Arabia conceded on Friday that Khashoggi died at the consulate, but claimed it was the result of a “fistfight”, an explanation dismissed by asuccession of other nations.

On Sunday the UK Brexit secretary, Dominic Raab, said it did not seem credible, adding that “there is a serious question mark over the account that has been given”.

The letter also cites alleged Saudi war crimes in the conflict in Yemen and the wider crisis in the country, where the UN says up to 14 million people are at risk of famine.

Signed by Labour’s Emily Thornberry, Stephen Gethins of the SNP, Christine Jardine from the Lib Dems, Jonathan Edwards of Plaid Cymru and Caroline Lucas from the Greens, it also mentions the imprisonment of activists, repression over LGBT rights and religion, and the widespread use of capital punishment.

“Given the repeated nature of these violations and atrocities, it is now hard to imagine what crime the Saudi government would need to commit in order for the UK government to condemn them,” the letter, which was organised by the SNP, adds.

“It cannot be business as usual with a regime that displays blatant contempt and disregard for international law and human rights. The consistent inaction of your government is utterly incompatible with our most basic value as a democracy. We regard it as unacceptable that the UK government not only remains silent, but actively enables this Saudi regime,” the letter notes.

The UK, the letter goes on, “has continued to supply Saudi Arabia with weaponry which has been used in the devastating war in Yemen, has shamefully rolled out the red carpet for the Saudi crown prince in a state visit earlier this year, and has repeatedly excused their actions in statements before the House of Commons”.

While some concern expressed about the Khashoggi case and other moves were welcome, the signatories wrote, “the time for rhetoric and photocalls is over – it’s time to act”.

The letter calls for a full condemnation of Saudi Arabia’s “reckless and barbaric” behaviour; a suspension of arms sales for use in Yemen pending an investigation of alleged war crimes; a halt to UK military operations in Saudi; details on what diplomatic representations had been made to the Saudis, and support for an independent inquiry into Khashoggi’s fate.