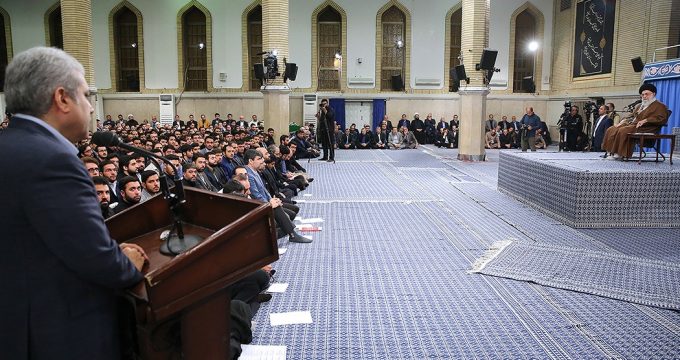 Al-Monitor – During an Oct. 17 speech to young scholars and academics in the country, Iran’s Supreme Leader Ayatollah Ali Khamenei encouraged young Iranian scientists to “look east.”Ayatollah Khamenei spoke of the “necessity of having scientific relations with countries that are moving in the direction of growth,” and added, “These countries are primarily in Asia.” Ayatollah Khamenei went on, “Therefore we have to look east rather than west, because looking toward the West and Europe” offers only delay and diminishment.

While Ayatollah Khamenei was speaking in the realm of scientific connections, the speech has political ramifications as well. After US President Donald Trump’s exit from the Iranian nuclear deal, the administration of President Hassan Rouhani has been looking to Europe to salvage the deal and maintain economic relations. While the foreign policy chief of the European Union, Federica Mogherini, has been eager to keep the nuclear deal alive, European companies, fearing the long arm of US sanctions, have been exiting the Iranian market.

Many young Iranian scientists have historically chosen the United States and Europe as destinations to further their academic study. The resources and financial opportunities in Western countries and universities have lured young Iranians for decades. But with the travel ban on Iranians instituted by the Trump administration, Iranians may have no choice but to look eastward.