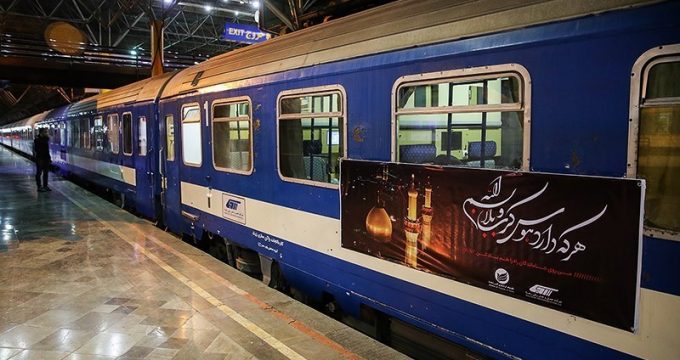 Managing Director of the Islamic Republic of Iran Railways, known as RAJA, Mohammad Rajabi said that the special train service has been launched from the northeastern holy city of Mashhad to the capital Tehran and then to the western city of Kermanshah near the Iraqi border.

He said because the nearest border is the Mehran border crossing in Kermanshah, the special train service was launched from Mashhad to Kermanshah.

The official added that once pilgrims arrive in Kermanshah, a bus would transfer them to the Mehran border crossing.