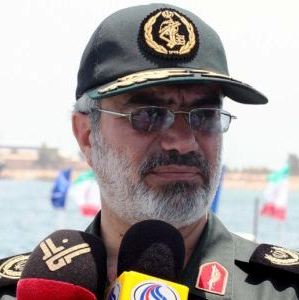 Tasnim – The Islamic Revolution Guards Corps (IRGC) deputy commander for coordination warned of some world powers’ “unprecedented” hostility toward the Iranian nation but at the same time said their plots against the Islamic Republic will get nowhere.

“The enmity of enemies toward the Islamic Republic in the past 40 years has been unprecedented (in history)…,” Rear Admiral Ali Fadavi said in a speech in the northeastern holy city of Mashhad on Thursday night.

The world’s superpowers have all been aligned against the Islamic Republic, he said, adding that they have focused on deterring Iran and think the country is poised to take actions against them.

The commander went on to say that all hostilities of the enemies have been ineffective and they have acknowledged that they have not been able to overcome the Islamic Revolution of Iran.

The remarks came as the current US administration has adopted a harsh stance against the Islamic Republic.

US Secretary of State Mike Pompeo said on May 21 that Washington would increase the financial pressure on Iran by imposing the “strongest sanctions in history” on the Islamic Republic if Tehran refuses to change the course of its foreign and domestic policy.

Speaking a few weeks after the US withdrawal from the 2015 nuclear agreement, known as the Joint Comprehensive Plan of Action (JCPOA), Pompeo laid out 12 tough conditions for any “new deal” with Tehran. The conditions included the withdrawal of Iran’s military advisers from Syria and a halt to its missile program.

Since Syria was gripped by civil war in March 2011, Iran has remained a close ally of the country and supported its legitimate government in the face of terrorist groups, which are mostly supported by the US and its regional allies.