A look at Iranian newspaper front pages on October 18

Iran Front Page – IFP has taken a look at the front pages of Iranian newspapers on Thursday, October 18, 2018, and picked headlines from 12 of them. IFP has simply translated the headlines and does not vouch for their accuracy.

All papers today covered the remarks made by the Leader of Iran’s Islamic Revolution Ayatollah Seyyed Ali Khamenei in a Wednesday meeting with hundreds of young elites in Tehran.

Also a top story was the prosecutor general’s strong criticism of women’s presence at Azadi Stadium during the recent Iran-Bolivia friendly football match. Prosecutor-General Mohammad-Jafar Montazeri said women should not be allowed to go to stadiums as it is against the Islamic Sharia for women to watch women’s “half-naked” body. The remarks were widely criticized on social media, and even by Vice-Speaker of Iran’s Parliament Ali Motahari.

Several papers also highlighted the latest details about the alleged murder of Saudi journalist Jamal Khashoggi at the Kingdom’s consulate in Istanbul. 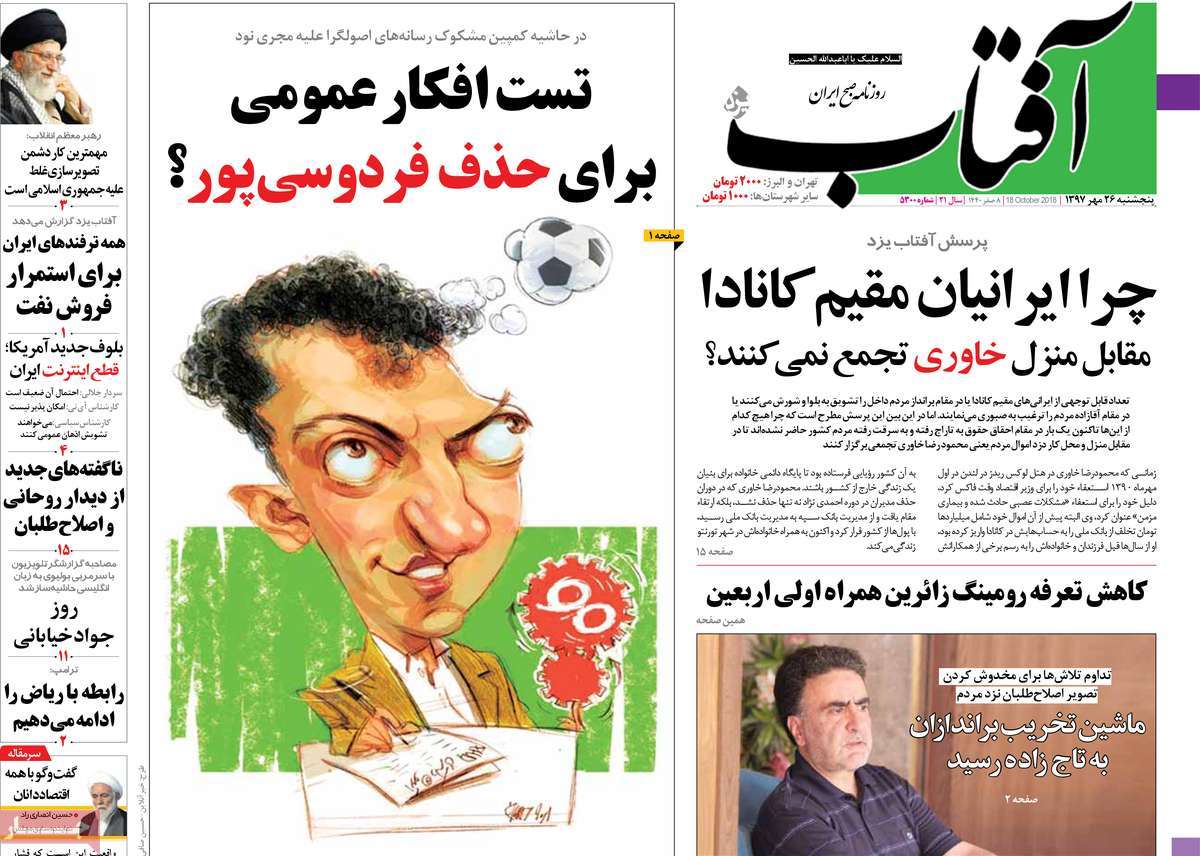 * Vice-Speaker: There’s No Problem with It 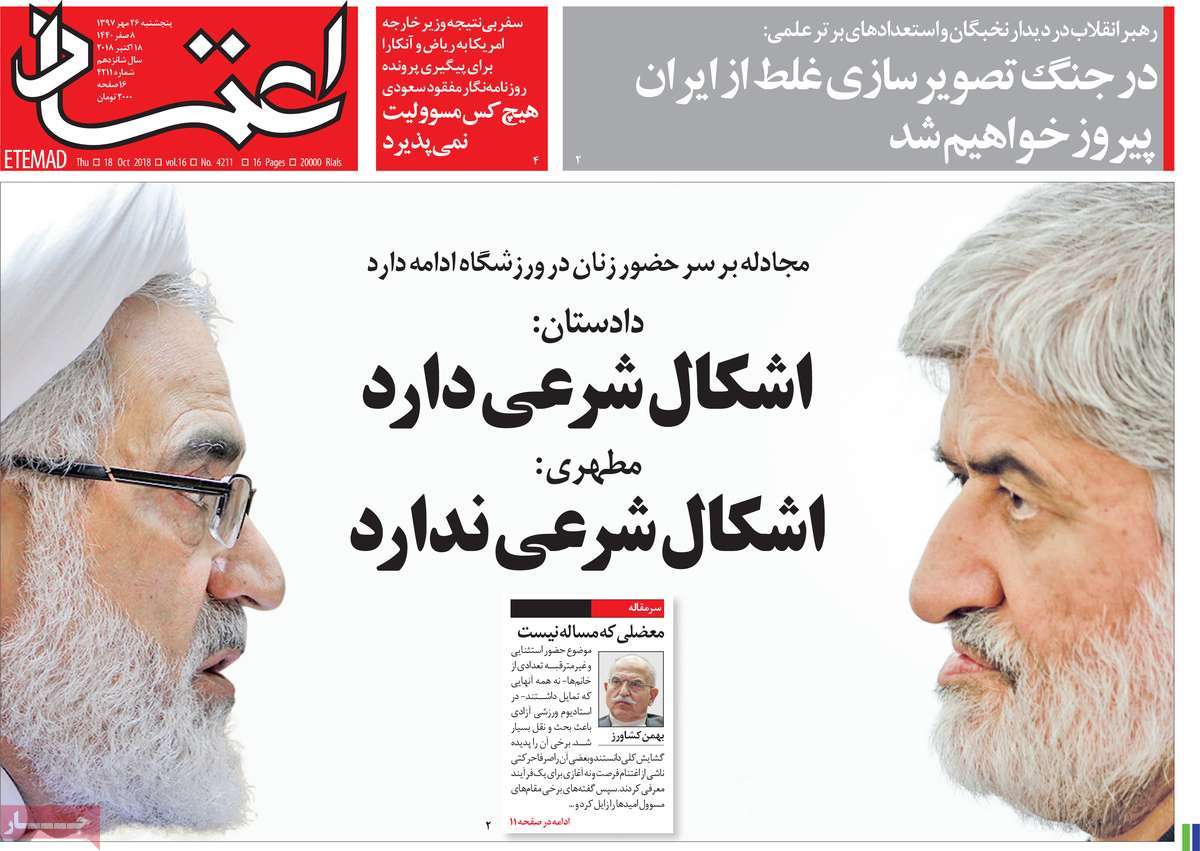 1- We Should Expand Frontiers of Global Knowledge: Iran Leader 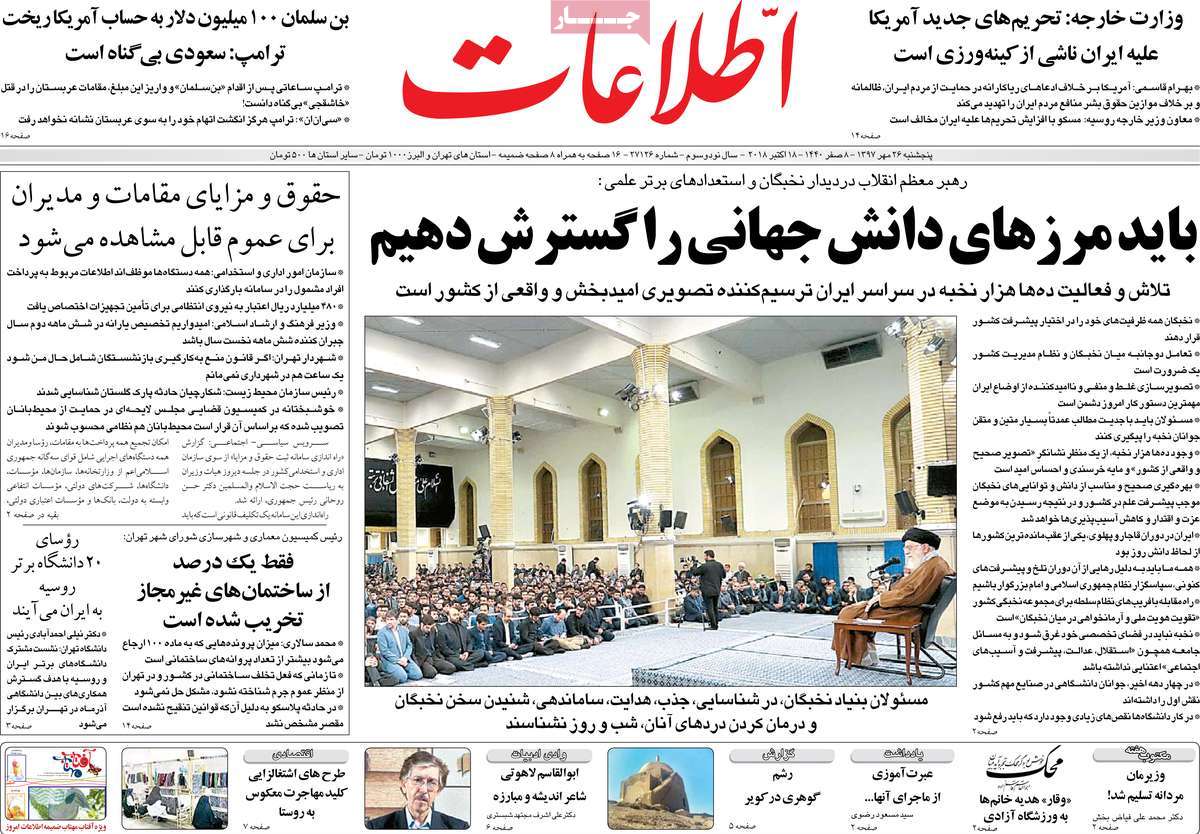 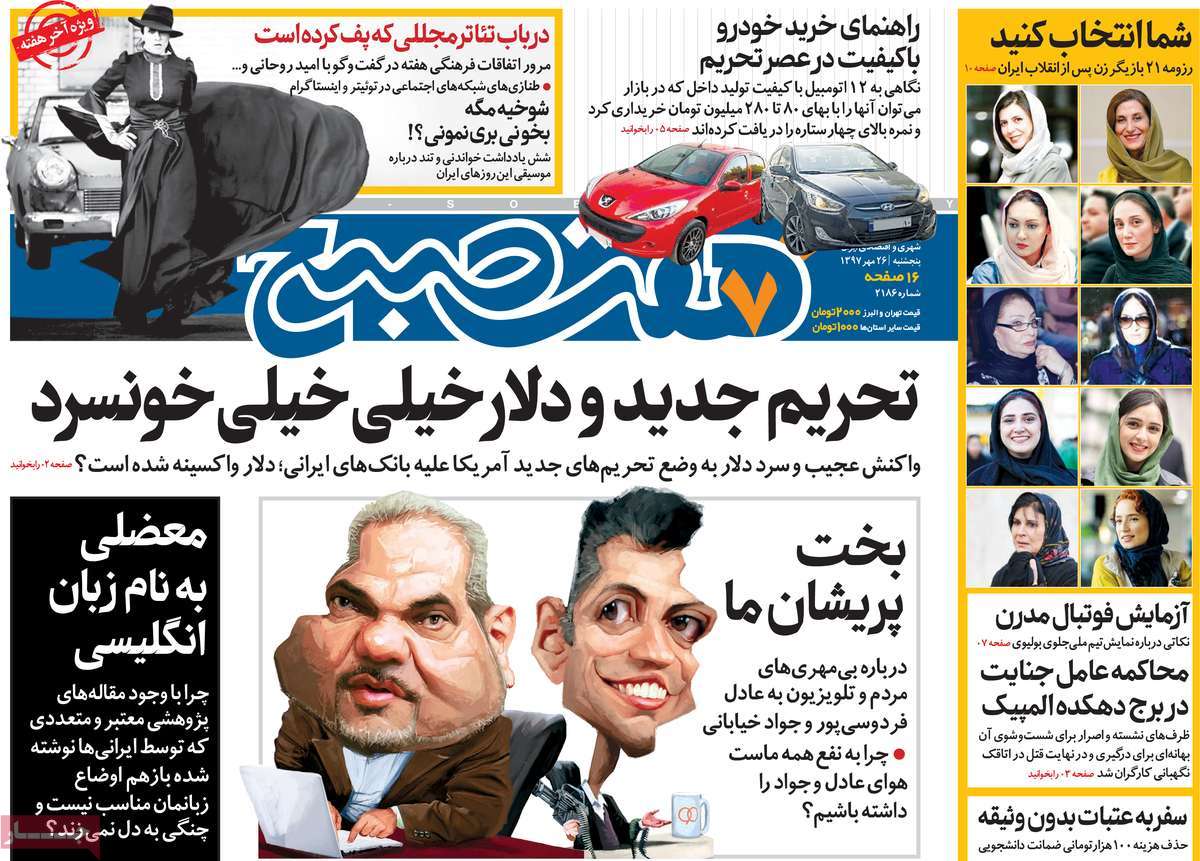 1- Prosecutor Warns about Repeated Presence of Women at Stadiums 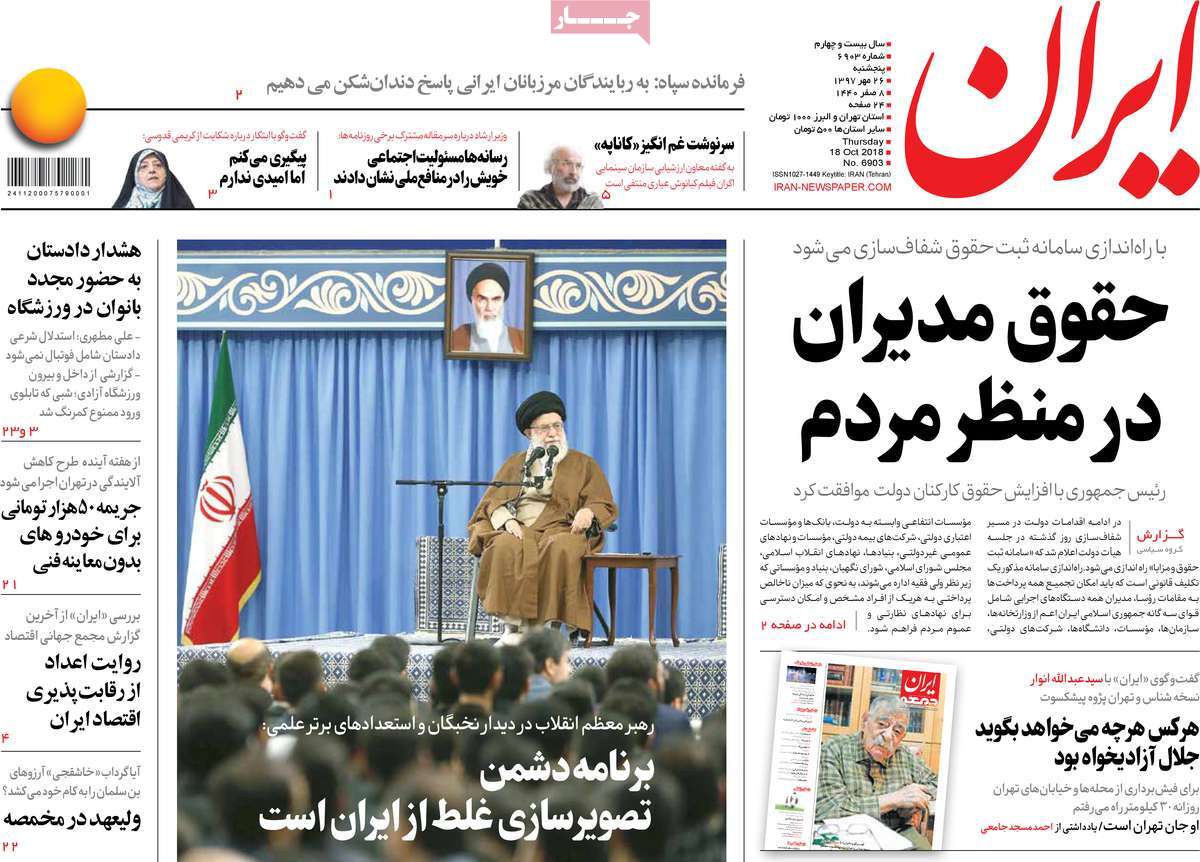 1- Looking at West to Have No Result but Backwardness: Iran Leader

2- Challenge of Khashoggi for Hollywood 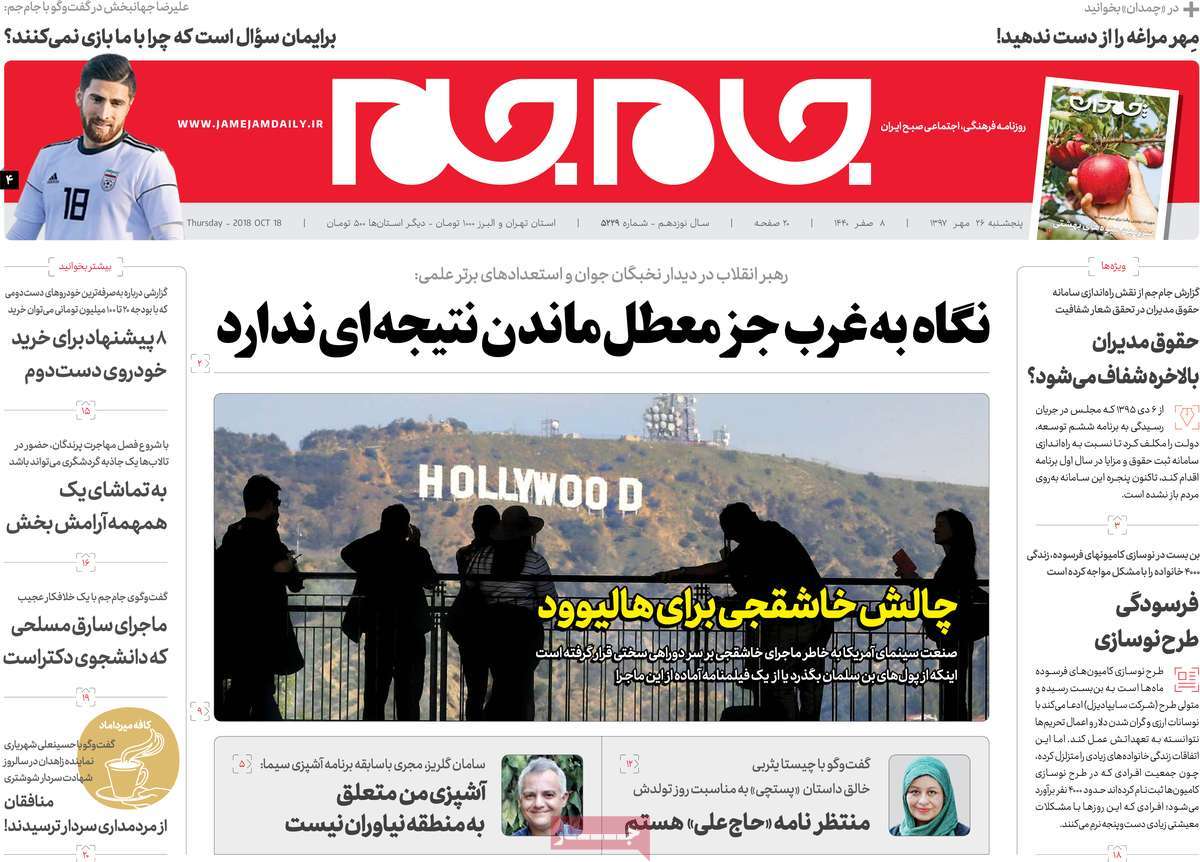 1- Iranian Border Guards Abducted after Being Made Unconscious

2- Government to Increase Wages of Its Employees 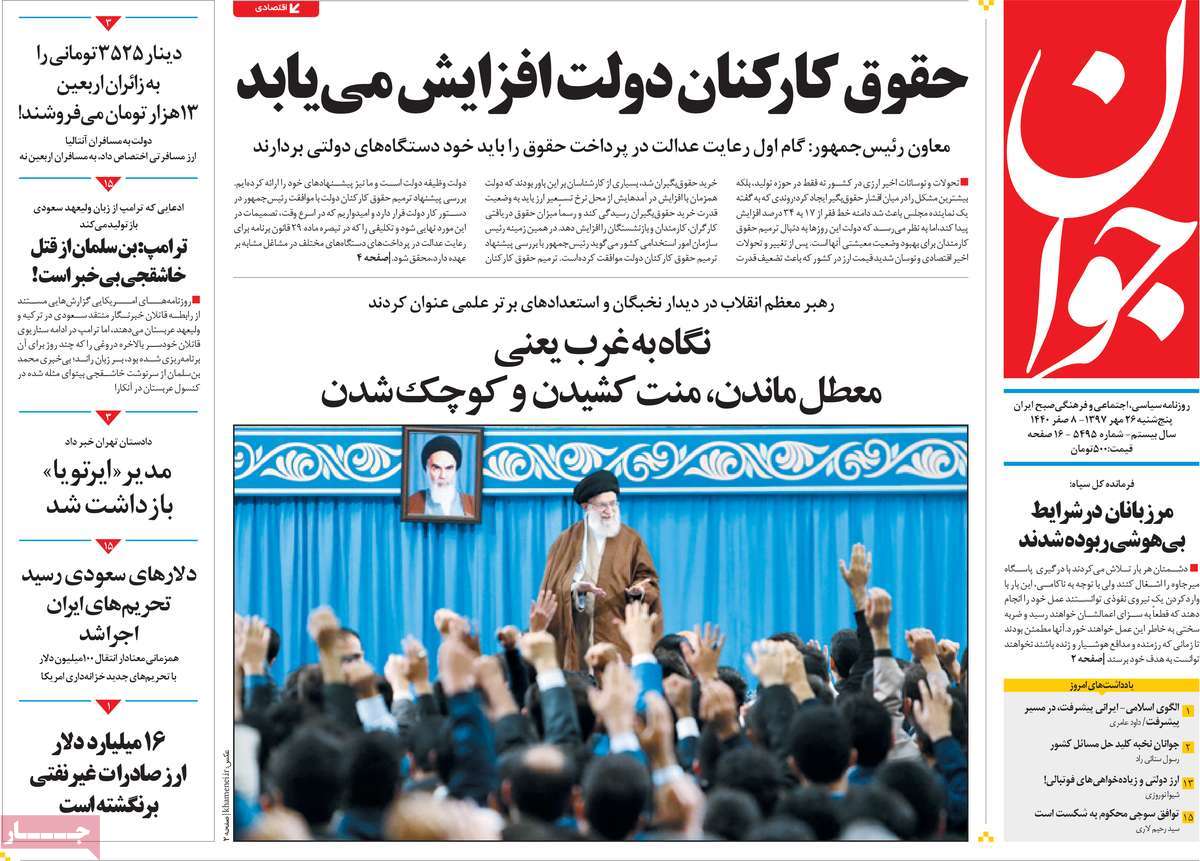 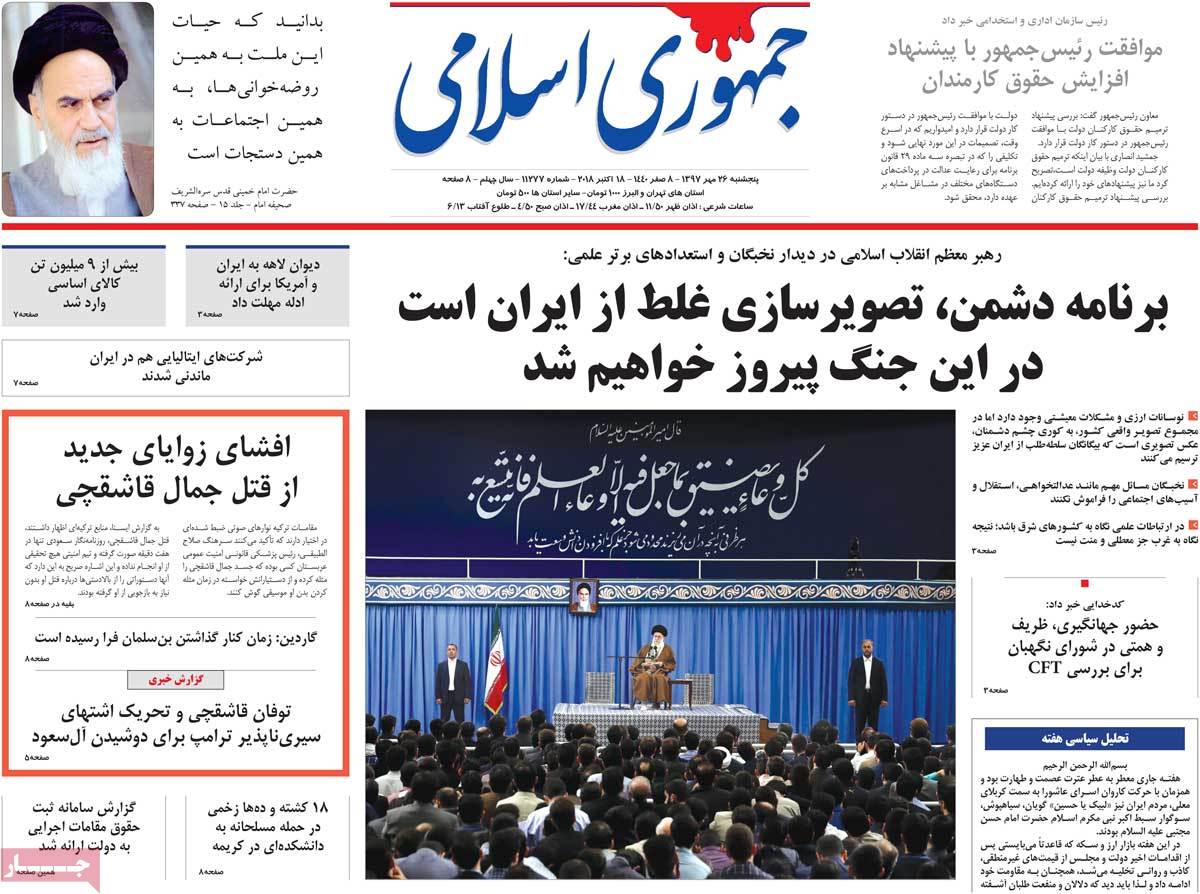 1- Leader Urges Gov’t to Use Elites to Turn Oil-Dependent Economy into Dependent, Knowledge-Based One 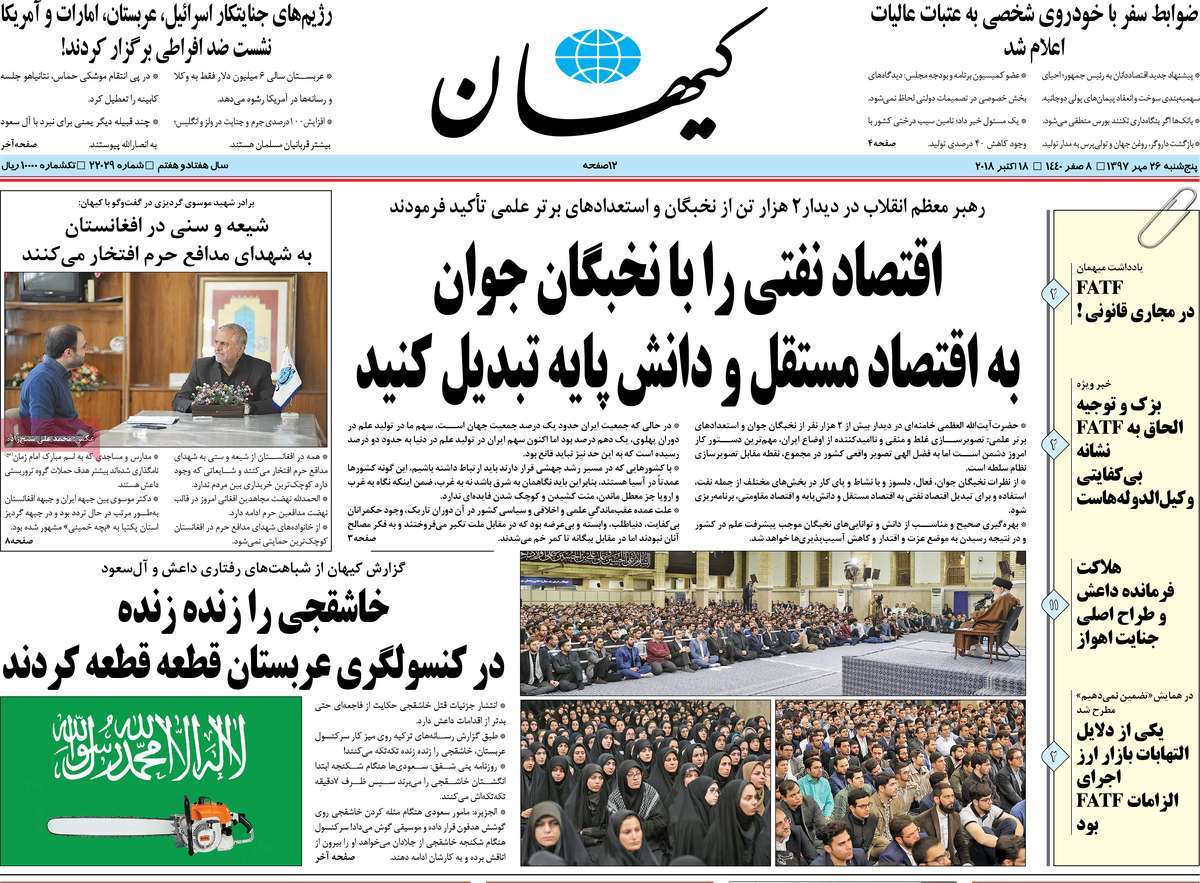 2- Bin Salman on Verge of Dismissal 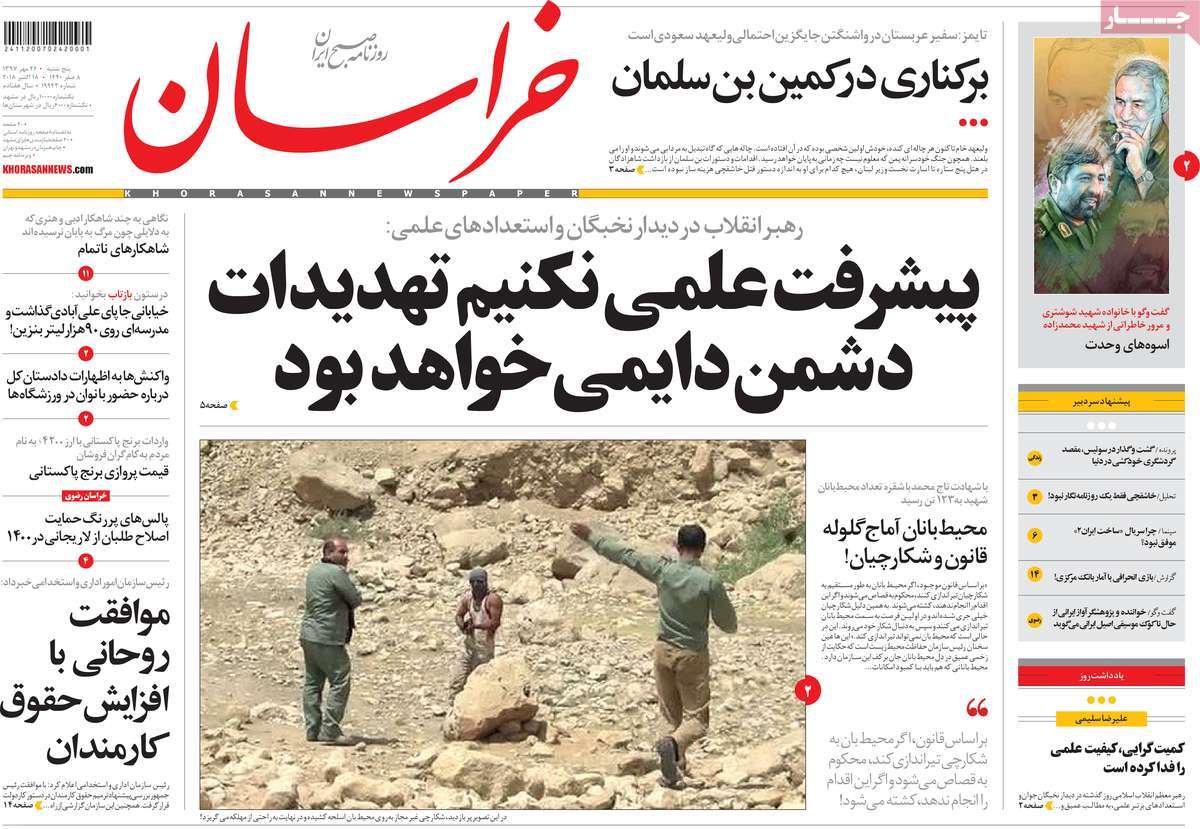 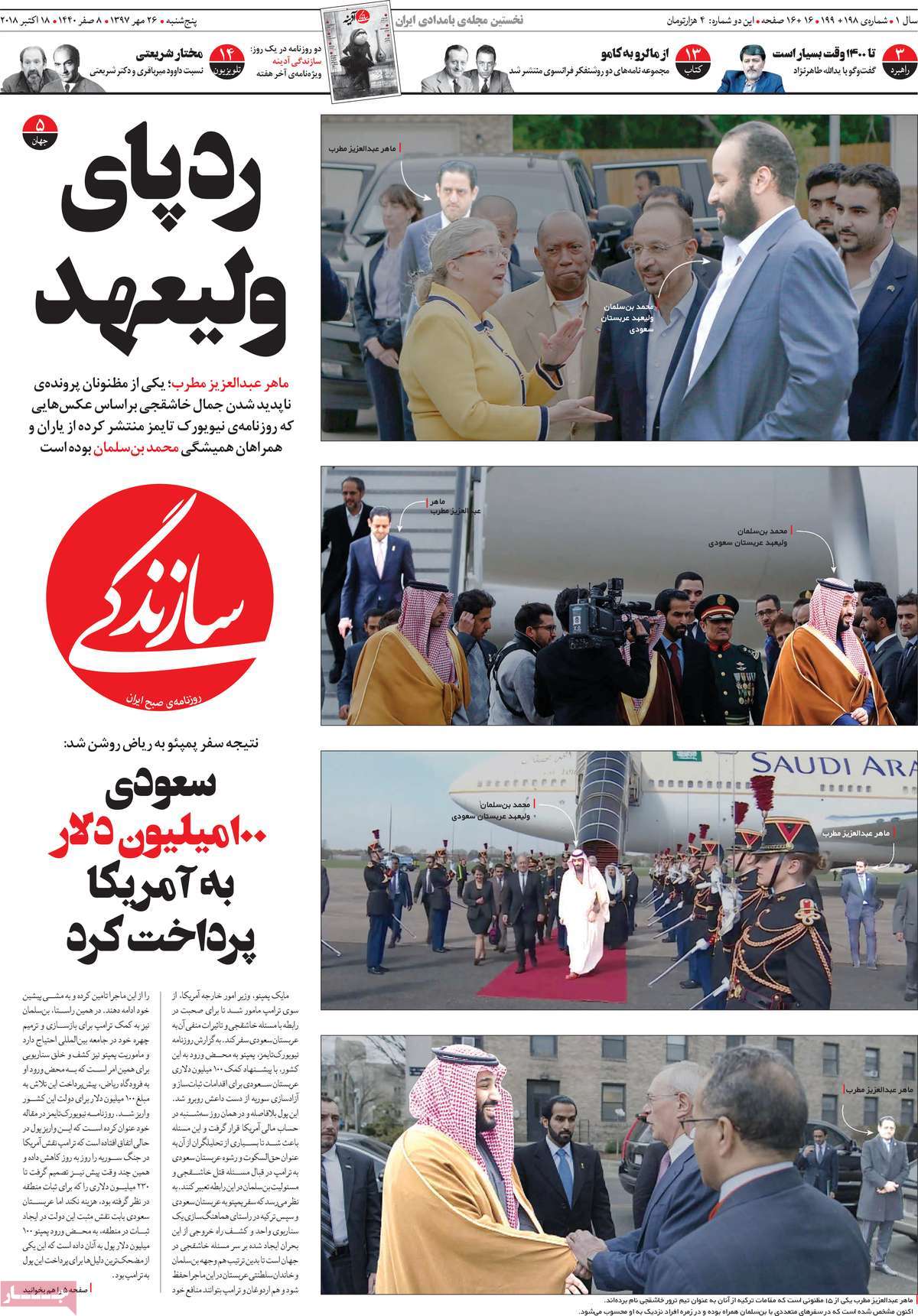 1- Three Iranian Banks Out of US Sanctions 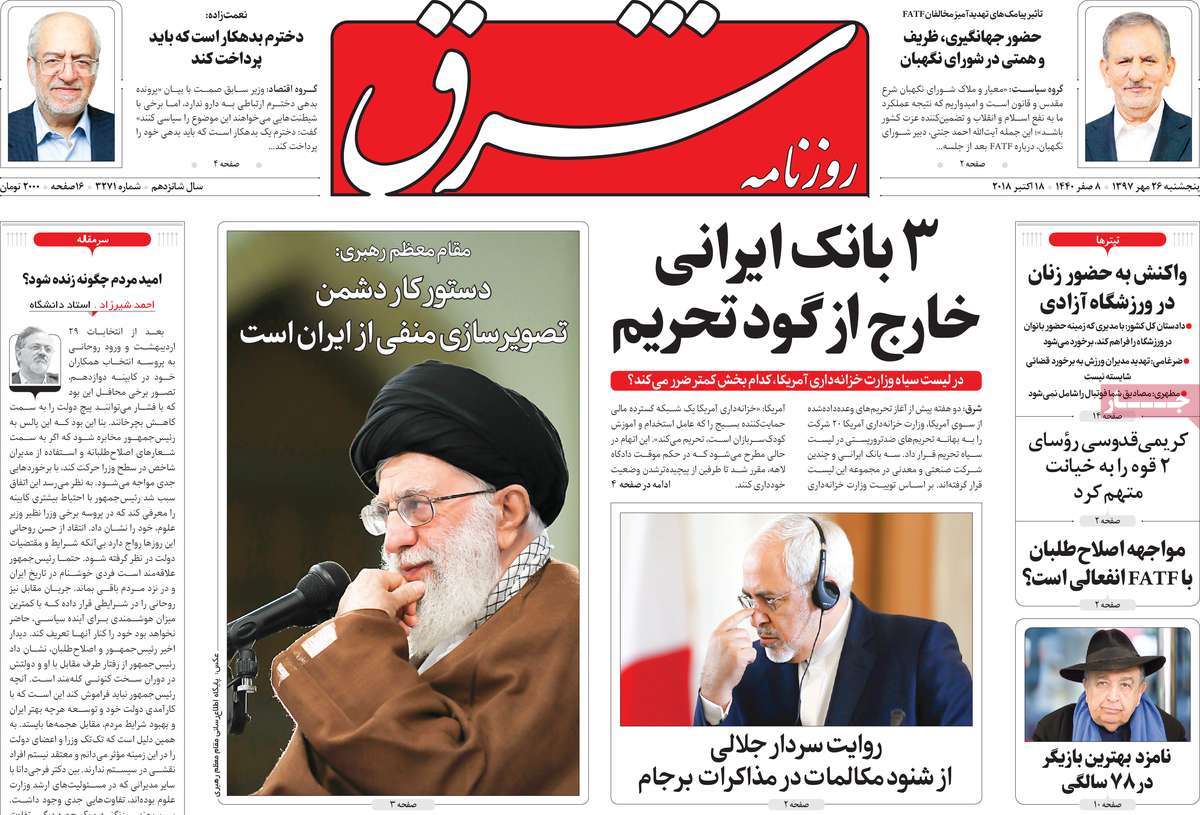