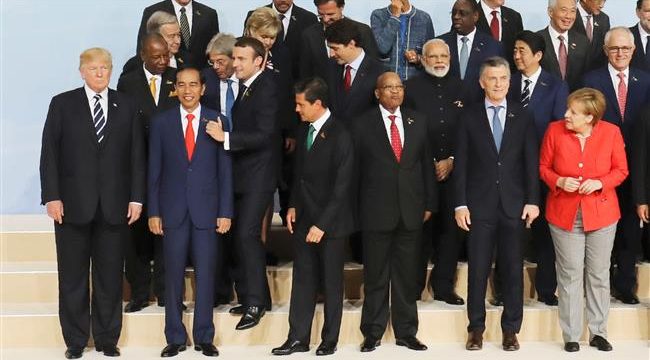 US isolation unprecedented in history of int’l relations: Expert

Iranian Diplomacy – There has never been a US administration more isolated internationally than the current government under Donald Trump, says an international affairs expert, a day after President Hassan Rouhani made the same remarks.

“Rouhani is correct in saying that in the history of international relations, the US isolation and international consensus against it have been unprecedented,” Ali Khorram said on Monday.

He was referring to the president’s remarks on Sunday when he underlined the international support for the 2015 Iran nuclear deal in spite of US unilateral withdrawal from the multilateral agreement.

Touching on Washington’s isolation after its withdrawal from the Iran nuclear deal, called the Joint Comprehensive Plan of Action (JCPOA), Rouhani said: “Nobody in the world, apart from a few countries, claims that the United States’ decision to withdraw from the JCPOA was right.”

“Even those who are very conservative, express regret,” said the president. “You heard the speeches and addresses at the recent meeting of the United Nations General Assembly. Mr. Trump even chaired a Security Council session to get support for its policies against Iran, but all the other 14 members supported the nuclear deal.”

Echoing the president’s points, Khorram said Iran had been able to score good achievements as far as politics is concerned; however, he added, in order to counter US sanctions, Iran needs to do more on the economic front as well.

“I agree with the president when he says that the US is seeking regime change in Iran, but we should not hold them accountable for all our problems,” Khorram said. “We should strive to find the root cause of the problems and solve them.”

Rouhani said the current US administration is in a war against Iran to stamp out the legitimacy of the Islamic Republic and bring about “regime change,” but Tehran will foil the plot.

A former diplomat, Khorram also highlighted the recent victories of Iran against the US in the International Court of Justice (ICJ) and the Rome Court.

“The ICJ ruling is a victory for Iran, and some countries who were afraid to stand up against the US now dare to do so,” he said.

On October 4, the US was handed a defeat at the ICJ — also known as the World Court —in a case filed by Iran over the reimposition of US sanctions.

On October 10, in yet another victory for Iran on the legal front, the Rome Appeal Court rejected the US appeal to seize Iran Central Bank’s property, valued at $5 billion.

The ruling of the ICJ shows that the world recognizes Iran’s rights and does not tolerate Trump’s irrational policies toward Iran, Khorram concluded.