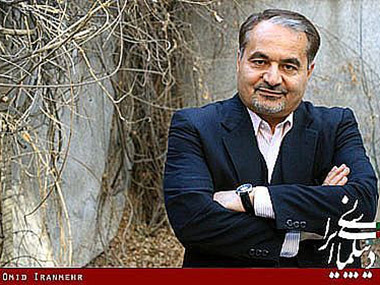 News Week | Seyed Hossein Mousavian: With the stated aim of containing “Iran’s malign behavior” and bringing “stability to the region,” the Trump administration has proposed a collective security pact tentatively known as “the Middle East Strategic Alliance” (MESA). The MESA would bring about the six countries from the Perdian Gulf Cooperation Council (PGCC) along with Egypt and Jordan together under the guise of “Arab NATO” to confront Iran.

There has already been a meeting held on the sidelines of the U.N. General Assembly in New York City in September, where U.S. Secretary of State Mike Pompeo gathered with the foreign ministers of Bahrain, Egypt, Jordan, Kuwait, Oman, Qatar, Saudi Arabia, and the United Arab Emirates to prepare for future plans. While the specific timelines for holding the so-called “Arab NATO” have been fluid and uncertain, October 2018 has been suggested as a possibility.

However, there are at least five reasons why the “Arab NATO” initiative has little chance of success given the dynamics of the region.

First, the proposal to build an “Arab NATO” has emerged at the time when the Arab world, including Gulf Cooperation Council (GCC) countries, can barely be more divided. From the year-long embargo that Saudi Arabia, Egypt, the United Arab Emirates, and Bahrain have imposed on Qatar, to the bloody inter-Arab conflict in Yemen and Libya that has ravaged these Arab countries, a proposal as such to align these countries seems more like wishful thinking than a practical political strategy.

Hence, the main threat for some member states comes from within the very members of the alliance as much as from the outside. Equally importantly, Oman, Kuwait and Qatar are trying to balance their relation with Riyadh and Tehran. Moreover, Oman—which played the crucial role of “mediator” between Washington and Tehran over the Iran Nuclear Deal—prefers to continue its role during Trump’s era. To bring about sustainable peace and security to the Middle East, the first task would be to address the bilateral issues of concern that GCC countries have among themselves.

Second, since one of the main security challenges of the region is “sectarian conflict,” the U.S. initiative would heighten the flames of sectarian divide and add much to the already existing climate of bellicosity in the region, since it only pits the Arab and Sunni countries on the southern shore of the Persian Gulf against the Shīʿite Iran, and perhaps Iraq with Shia majority. Furthermore, the “Arab NATO” is reminiscent of the ancient colonial project with the notorious mission to “divide and rule.” Just as the U.K. colonial project was doomed to fail, so is the U.S. idea of the “Arab NATO.”

Third, if the main goal of constructing a collective security project in the region is to ensure long-term stability in the Persian Gulf and the Middle East, then Iran must participate as a member, since about 50 percent of coastal area in the Persian are Iranian territories. Iraq, too, is a major stakeholder in the Persian Gulf area given its demographic weight and the significant role it plays in the OPEC. In the absence of Iran and Iraq as two major powers in the region, no collective security project will be effective. The Trump administration has suggested including Egypt and Jordan, whose geographic share of the Persian Gulf is nothing.

Fourth, terrorism led by ISIS and Al-Qaeda is another key security threat for the region and the world. If the aim of the “Arab NATO” is to counter terrorism, its supposed members must not provide support for terrorist organizations. The evidence for the Saudi royal family’s financial support for terrorist organizations such Al-Qaeda and the Taliban since the early 1990s is copious. The top-secret report from the U.S. Treasury Department revealed some important dimensions of the ties that exist between the Saudi royal family and terrorist organizations. The Saudi support, both fiscal and logistic, for radical groups—like the Qaeda offshoot Al Nusra—has continued to date, in the Syrian conflict and far beyond it.

Fifth, the Trump administration’s proposal for an “Arab NATO” is a push for unilateralism as opposed to multilateralism in the Middle East. It simply omits the interests of other world powers in the region, namely, the European Union, China, India and Russia. It also ignores Turkey as another major actor in the region, and the world of Islam more generally. A realistic and effective collective security pact can neither ignore key regional players nor major players in world affairs, whose interests in the region should also be taken into account.

In short, for a collective security project to ensure stability in the trouble-ridden Middle East in a meaningful way, it must be inclusive and welcoming to all stakeholders in the region, including Iran. The U.N. Security Council is the most responsible and legitimate international body to lead such an initiative. The U.N. Security Council Resolution 598 has already requested “the Secretary-General to examine, in consultation with Iran and Iraq and with other States of the region, measures to enhance the security and stability of the region.” At the same time, members of the alliance should first hold bilateral talks (i.e. Saudi Arabia vis-à-vis Iran, and Qatar vis-à-vis Saudi Arabia) in order to address their concerns. Without simultaneous multilateral approaches and bilateral talks, an imported collective security project such as the “Arab NATO” has almost no chance of success. It will only fuel the animosity between the countries in the region along racial and sectarian lines.