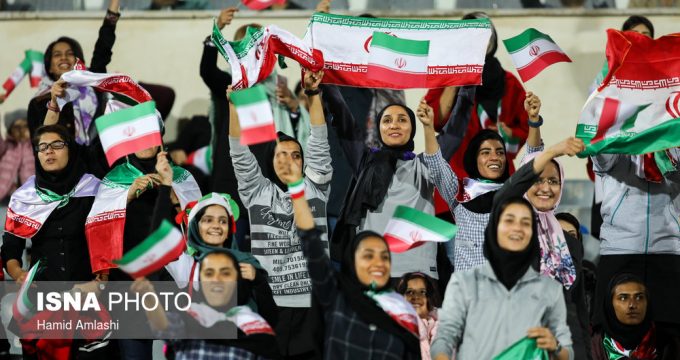 Qatar Tribune – Some 100 Iranian women were allowed to watch their country take on Bolivia in a friendly football match at the national stadium on Tuesday, an extremely rare step. Women have been barred from attending matches since the 1979 Islamic revolution, with authorities saying they must be protected from the masculine atmosphere.

But on Tuesday the female fans were permitted to cheer on their team with horns and national flags from a separate stand inside the stadium. The show of support came after Tehran’s authorities ruled that a certain number of women could attend the international friendly against Bolivia in Azadi stadium, Varzesh3 sports site reported ahead of the game.